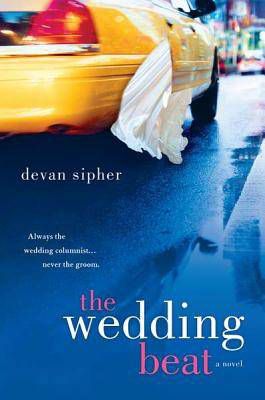 This is a guest post by Devan Sipher. Devan was born in LA and educated at the University of Michigan (Go Blue!) before moving to Manhattan and earning his MFA at NYU’s Tisch School of the Arts. For the past five years, Sipher has witten the “Vows” column for The New York Times–and has now parlayed that experience into a debut novel: The Wedding Beat (NAL, April 2012).

Having just published my first novel, The Wedding Beat, I’m getting asked a lot about my writing process. I’m a bit chagrined to admit I don’t have one. I pretty much just sit at my computer and pray for inspiration. Well, that’s not entirely true. I also eat. Check Facebook updates. And shop online, which I consider work-related if I buy books that will help motivate me.

Somehow it works, because in six years of writing for the The New York Times, I’ve never missed a deadline. So I’ve not only come to accept procrastination as part of my “process,” I allot time for it in my schedule. Literally.

Mondays are for avoiding writing. That doesn’t mean I don’t try to write. I sit down every Monday morning with the best of intentions. But nothing is more terrifying than a blank page. Oh, sure, for the first minute or so it’s thrilling. So many possibilities. But that’s the problem. There are SO many possibilities. How do I choose? And what’s the point in choosing to do anything, when it’s been so well documented that people don’t read (in numerous academic articles that no one reads)? I spend a great deal of time on Mondays contemplating the decline of the publishing industry and the odds of an extraterrestrial attack.

On Tuesdays, I move on to the more specific topic of why I’m not capable of writing. Lack of talent and lack of skill usually top the list. Followed by my conviction that I’ve chosen the wrong subject matter. Tuesdays are when I consider going back to medical school.

By Wednesday, I want to write. I really do. But I can’t until I catch upon everything else I’ve fallen behind on doing, like laundry, grocery shopping, and clipping my toenails. This can actually be a very productive day– just not for my writing.

By Thursday, I’m starting to panic. Which means a lot of eating. Followed by a lot of exercise. Then a lot of fretting about the lost time. But since I’ve already decided that I can’t write and shouldn’t write, the pressure is off to write anything particularly brilliant. Somehow that liberates me to do some of my best work.

Friday and Saturday are a mad dash to get everything down before my ideas evaporate. Ideas are a lot like soap bubbles – ephemeral and misshapen. But the text is not like soap bubbles. The text is hewn, word by word, and it emerges slowly, like a Michelangelo sculpture freeing itself from the marble that imprisons it. (Mixing metaphors is allowed on Saturdays before 6 pm.)

Then Sunday, I rewrite and polish and pat myself on the back for trusting myself. Writing, like anything worthwhile, is a struggle. The courage required to succeed in that struggle is a triumph of faith over fear. So there’s something to be said for admitting and honoring those fears in order to overcome them. Or that’s how I feel on Sundays. But Monday is another day. And Facebook beckons.