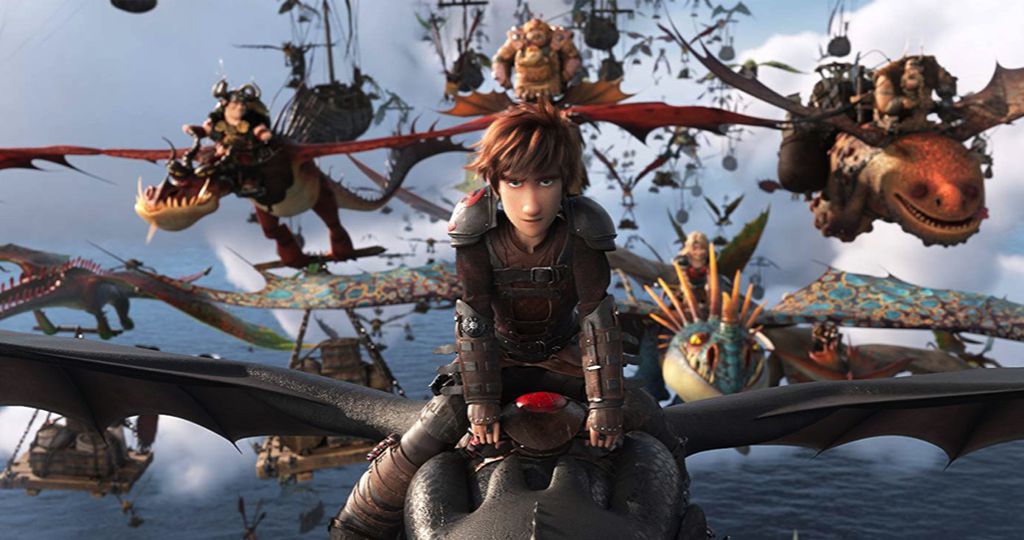 When a fictional work changes your life, for the better, it hits you in a good way. You could compare it to being in love. There’s a dizzying sensation of positive feelings fizzing inside of you.

Back in 2011, I picked up what looked like a whimsical Dreamworks movie. I knew Dreamworks as the film company that often took animated shots at Disney films, usually by borrowing from Pixar. I liked Shrek, Prince of Egypt, and such, but I couldn’t forgive them for Shark Tale. Making a bad movie should be a crime when you have the resources to do better.

This story seemed to be a fun Friday night event: a kid fights in a war with dragons, or rather tries to as his father keeps him away from battle. Knowing Dreamworks, the kid would shoot down a dragon halfway through the movie, decide that he didn’t want to slay dragons, and run away with them as pop culture music play. You know, the plot of Shrek or Flushed Away.

That didn’t happen. I watched the movie from beginning to end with my younger brother, attention rapt. Then I shared it with my older brother, bought the DVD, and started reading fan fiction. Soon I was writing fic as well, which led me to a beta reader.

Friday I’m going to see HTTYD: The Hidden World, and supposedly the last film in the series. It premieres officially on February 21. In all honesty, I’ve been dithering over buying a ticket for weeks. This is a franchise I love, but I’ve been falling out of love with what Dreamworks has produced.

What is How to Train Your Dragon?

How to Train Your Dragon is a book series by Cressida Cowell, which Dreamworks later adapted into a franchise with films, shows, video games, and comics. A Viking prince named Hiccup, who’s smaller than most of his class and too nice to fight, ends up training a dragon that has no teeth and a bad temper. Toothless is a housecat with scales and wings, and makes it clear he doesn’t train easily. Meanwhile, an Outcast named Alvin the Treacherous makes it a point to try to kill Hiccup several times for various reasons, and the sins of the past come to weigh down on Hiccup heavily.

The HTTYD film takes many liberties with the book series. Hiccup in the film is a sarcastic fifteen-year old inventor who would better fit in the twentieth century with his arrogance and insecurities. His Toothless is a giant Night Fury that he shoots down in the first ten minutes of the film, with a panther’s temperament. Toothless trains Hiccup as much as Hiccup trains him, and takes after his human quite well. Their friendship changes their societies for the better.

There are twelve books in the original series, along with a few supplemental stories. Cressida has hinted she may do a sequel but for now has moved onto Wizards of Once, a fantasy series about genocide and war.

Hiccup and Toothless’s relationship sells the movie. They start as scared enemies, but that changes when Hiccup refuses to kill a tied-up Toothless. As he admits later, he saw himself in Toothless. Then when he starts drawing the dragon, and feeding him fish, Toothless slowly trusts the Viking boy that knocked him out of the sky.

There’s lots of trial and error to their journey. Hiccup has to go through multiple iterations of inventions to help Toothless fly again. They fall  before they can both take the skies, and he has to curb his impulsiveness. With that said, Hiccup never really shakes the impulsive habit. He runs or flies into danger when the occasion suits him. In the end, Hiccup has to pay a price for shooting down Toothless. He loses his left leg and has to adjust to a metal prosthetic.

Hiccup felt like he represented me: an awkward teen who messes up a lot but keeps trying, and who would learn from his mistakes to make the world better. The Hiccup with the bucktoothed grin and scrunched up cheeks spoke to me.

How I Fell Out of Love with the Sequels and Spinoffs

Dreamworks released two sequels to HTTYD and two shows: Riders of Berk and Race to the Edge on Cartoon Network and Netflix respectively. While Riders of Berk takes place after the first movie, Race to the Edge is a mid-quel when Hiccup is eighteen and feeling house-bound on Berk. We got some villains from the book, like Alvin the Treacherous (voiced by Mark Hamill) and new ones like Dagur the Deranged and the Grimborns.

I will say the Cartoon Network show was fun. While the censors wouldn’t allow for actual violence or stakes until the two season finales, the heart of the show was there and you could easily skip the episodes that you decided to render non-canon. The lower budget animation meant that it was easier to accept any plot holes or inconsistencies.

The Netflix series was different; it promised to have better quality, with a bump in animation and storytelling. Hiccup carried on the narrative of exploring the world beyond his home, and leaning into the chief duties he would soon inherit. The villains got more competent.

Then one character, created just for the shows, set off some of my hot buttons. They reminded me of a family member I haven’t spoken to in nearly a decade, and never really got called out for their actions. That, combined with a villain needing Hiccup to not think things through, made me rage-quit the Netflix show. I burned out on the franchise, though I kept reading fanfic because the fics tended to go better than canon. Mind that I still am happy that the show makes others happy, and inspires them.

To a lesser extent, the film franchise is racist. The only black characters in the film and series—Drago and Krogan—are villains who prove they are beyond redemption. Olivia Cole noted this in the Huffington Post when the second film came out in theaters. Note that the books have none of these caricatures; Hiccup speaks of wanting to visit Africa one day but only runs into a northern Native tribe that he allies with, and they come to a mutual respect.

I know what’s going to happen in this third movie. It doesn’t amuse me, some of it. But I also know that I’ll regret not seeing the film in theaters. Plus I promised to provide my two cents and analysis. There should be enough material for me to enjoy so that I don’t nitpick.

Plus, while I won’t love this film as much as I love the first one, it will be the last one. Then Dreamworks and the fandom can move onto Wizards of Once, which is new territory. Maybe we can get all the good fic and better representation of POC in the series.

To quote Hiccup, “There were dragons when I was a boy.” I’m not going in with the same wide-eyed wonder that I had going in for the second film. But I’m going in remember why I fell in love.