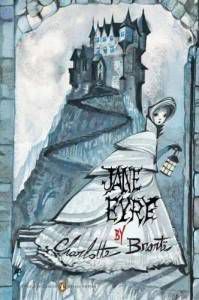 Full of gothic romance and proto-feminist social criticism, Charlotte Brontë’s Jane Eyre was first published on 16th October, 1847. And throwing our eponymous heroine a party to celebrate the 168th anniversary of her autobiography’s publication only seems fair.

Loud music will be useful to drown out any weird noises or laughter that may come echoing down the hallways from other parts of the house. Perhaps some Siouxsie and the Banshees or Riot Grrrl tunes would be appropriate and fun.

Get the party started with some relatively genteel rounds of Pictionary. Jane wins every round due to her excellent skills in sketching, much to the admiration but frustration of all the other guests. When nobody is looking, Mr. Rochester collects up Jane’s drawings to treasure away and enjoy later. 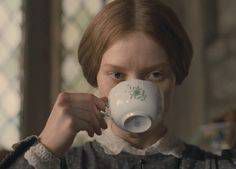 Tea Pong is played. This is exactly the same as Beer Pong but with tea, tea having reached widespread popularity in England by Jane Eyre’s time. To keep this a drinking game, spike the tea with alcohol. To add more excitement and risk, play using your favourite bone china teacups.

If you’re going to live in a big old house like Thornfield Hall it would be a shame not to make proper use of it by playing Hide and Seek or Sardines. This game could take several hours as it is very easy to lose people. You also have to hope there aren’t too many ghosts. And that you don’t find yourself sharing a hiding place with someone with violent or arsonist tendencies. However, seeing Mr. Rochester squeezing himself into nooks and crannies makes all the risks worthwhile.

When you have found and gathered everyone together again, play a game of Pin the Madwoman In the Attic. Exactly like Pin the Tail on the Donkey, all you need to play is a plan of your house, a picture of said woman, and a blindfold. Actually pinning actual women to actual attics is unethical and should not be attempted.

A game of Truth or Dare is recommended as this gives you the opportunity to ask any prospective husband whether they are in fact already married. 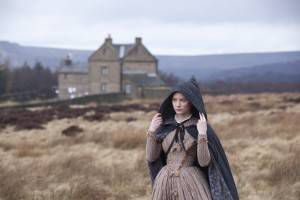 Telephone increases in fun if you play it out on the moors. Let the voices that move in the wind of the moors join in the game. It won’t make the game easier to play, it will probably be confusingly supernatural, but if easy-to-play games that make sense are what you’re after, you’re at the wrong party.

After all that excitement on the blustery moors, you need a nice quiet game. A game like Sleeping Lions. Except whilst you’re lying still, pretending to be asleep, someone might come and try to set fire to you.

Whilst you’ve got that fire goin,g have a game of Snapdragon. A popular game of the period, you just have to pour brandy over a tray of raisins, and then eat the raisins. But the brandy is set alight, so you have to stick your fingers in the flames and eat burning fruit. A similar game involves putting a lit candle in a cup and then drinking from it. Mr. Rochester needs to be careful not to set fire to his very fashionable whiskers. 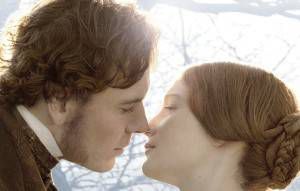 Finish up the party in style with Spin the Bottle. Mr. Rochester, Jane, Bertha, and Miss Ingram all playing together could create uncomfortable levels of jealousy and competition.

After all this excitement it’s probably time to lie down with a nice book. And a Brontë novel is never a bad choice.