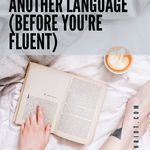 For some of us, being able to read in another language is the dream. There’s this general idea out there that learning a language is primarily about speech and verbal communication, and that reading is only a means to that end. But sometimes, reading in that other language is the entire point. And the dream of doing so may be closer than you realize.

Whether you want to improve your language skills through reading, or just want to be able to read original language texts now, you actually probably can.

Once upon a time, I really, really wanted to be able to read French literature in French. The only problem was that I had pretty much entirely forgotten the French I’d learned in high school. Over time, though, I worked my way up to an advanced French reading level, and a lot of how I got good at reading was by…wait for it…reading. But of course, just moving your eyes over text you don’t understand at all isn’t going to help you improve. Below are some specific methods and resources I’ve used to strengthen my foreign language reading skills.

I’m not going to get into learning to read a language through children’s books just now, though that’s certainly a valid method for all ages. I’m also not going to get into graphic novels and comics in the language of your choice, but it’s worth mentioning that these can be excellent context-based reading practice. (Not to mention completely legitimate reading in their own right.)

In this article, I want to specifically focus on less obvious ways to read foreign language material that you might think is out of your reach.

If you’re a beginner who has some grasp of the language you want to read in, or if you’re an intermediate learner who feels miles away from actual fluent reading, the resources below can be really helpful.

Graded readers, or just “readers,” are books in which material has been curated for or written to correspond with a certain reading level. These exist for children in their native languages, but are also often created for foreign language students.

You can find readers in bookstores or online, by searching for “graded reader” and the name of the language you want to read in. Readers often include annotations for language students that explain potentially confusing phrases, and sometimes glossaries.

This might sound like you’re dealing with a glorified textbook. But in many cases, readers have been built off of original literary texts. This is exciting, because it means that you can start enjoying “real” writing now. 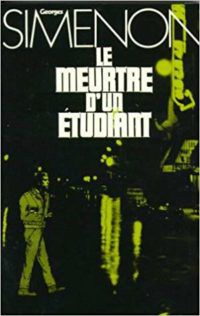 The first book I read all the way through in French was the Georges Simenon mystery Le Meurtre d’un Étudiant (The Murder of a Student). But I don’t count it as my first (even if maybe I should) because it was a reader version. If not for that, I would have struggled with a lot of the vocabulary, and probably given up. But I was able to look up words in the back of the book, and have trickier concepts explained to me right there on the page. So instead of giving up, I enjoyed a full, rich French-language literary experience, although I was only at an intermediate level (if that).

You might be wondering how useful this is. Sure, it’s absolutely tempting to just start reading the translated text. But hey, there also aren’t any rules here. Deciding that literature is more important than language for the moment isn’t a cardinal sin. It doesn’t even necessarily hurt your language learning. Maybe you’re still a beginner with a low overall vocabulary, for example, and want to preview some higher-level texts to motivate yourself. Maybe you’ll find one or two you really like and take the opportunity to compare the translation and original line by line. 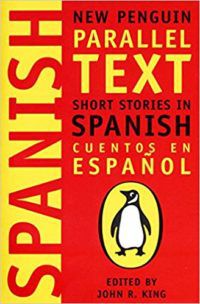 Penguin Parallel Texts are available for a variety of languages. These give you a selection of short stories, each one by a different author. Short Stories in Spanish, for example, includes texts from Spanish and Latin American writers, including Isabel Allende, Soledad Puértolas, Julio Cortázar, and others. These books can be quite fun, because you get a chance to sample a variety of literature, and may just find some new favorite authors. Also, recent editions in this series seem to have made an effort to be more inclusive and to add modern writers alongside classic ones.

Interlinear books are different from parallel texts in that you get a translation underneath what you’re reading. While it depends on the person, this option can be better than parallel texts both for uninterrupted reading and for absorbing new vocabulary. It’s harder to resist the temptation to glance at the translation, yes. But you also can’t really look away from the original text.

Interlinear Books is a relatively new company offering classics in different languages in interlinear ebook form. You can use their books to read original texts by Kafka, Machado de Assis, Rubén Darío, Selma Lagerlöf, and others.

If you have an ereader, you may be able to set yourself up to get instant translations for foreign language texts. Depending on the options available, you might choose to translate through a dictionary, or through online look-ups. This isn’t really any different from looking stuff up in whatever language you normally use, and you may even have the option to set up a dictionary in the language you’re learning for monolingual translations. It all just depends on what you can get for the language(s) you want and the reader you have.

Currently, at least some versions of Kindle and Kobo support dictionary translation lookups. Kindle supports online lookups, as does Nook.

Using electronic translation means you can choose more difficult texts to read in a language you don’t know well yet, and just tap on a word to look it up. Foreign texts can still be a bit harder to find for ereaders than in print, but the available number is going up.

An important thing to remember is that you don’t have to use translations just because you have the option. If you’re always looking up every word, you’re likely not going to remember much and you’re going to lose the flow of your reading. It’s perfectly fine to sometimes just read for enjoyment, even if you have to skip over words you don’t know, or just guess at them from context.

This method doesn’t actually require Harry Potter fandom, it’s just what I’ve come to think of as “the Harry Potter method” because so many people have recommended doing it with Harry Potter books. Basically, it can be beneficial to take a book you’ve already read (and enjoyed) in a language you know, and obtain a copy in the language you’re learning.

At this point, you can do any number of things with it. For example:

The reason it makes sense to recommend Harry Potter for this method isn’t just because it’s popular, but because it’s been translated into a variety of languages. So try to think about books you’ve enjoyed and can read again and again that are big enough to be internationally distributed. Then see if you can get them in the language you want.

You can often find a title in a foreign language by typing it into Wikipedia and then switching to that language. You can also type the title into a search followed by “[language] edition.” 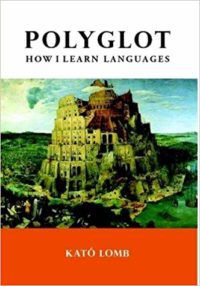 If you’re a real language and literature geek, you’ll probably eventually want to check out Kató Lomb’s Polyglot: How I Learn Languages. If you don’t know who Kató Lomb was, she was basically a superhero. She taught herself more than a dozen languages, and ostensibly did a lot of this just by reading novels—closely. I have to warn you, her book can be frustrating, because she doesn’t actually go into super fine detail about what she did. But it’s exciting to see a great mind at work and take what you can from her musings.

Despite its loose parameters, the Lomb method is based on a solid premise. It’s about really committing yourself to one text that intrigues you, spending a lot of time dissecting it, and squeezing all the learning you can out of it.

You may want to consider combining the last three methods on this list, because the trifecta of close reading, instant translation, and a familiar text probably only increases your chances of enjoyment and success.

Reading in another language can be an end in itself. It doesn’t always have to be about reaching verbal fluency. Or any kind of fluency for that matter. But if fluency is the goal, reading is one extremely helpful way to move towards it.

In any case, if you love what you’re reading, that can turn the whole language learning process from a chore into a joyride.