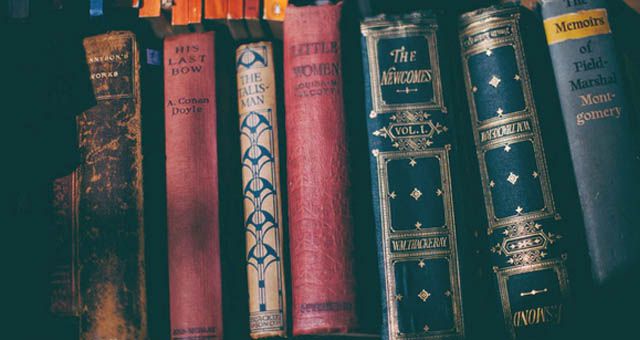 Critical Linking, a daily roundup of the most interesting bookish links from around the web is sponsored by The Bookish Box, featuring an exclusive edition of Blood & Honey.

“Some things are meant to be a secret (we won’t judge). But if you don’t quite need the maximum security and high price tag of an uncrackable safe, a well-placed hiding spot can do the trick.

That’s where we turn to the trusty book safe. This simple, one-day project only needs a 300-page hardback book (the more boring the better), an X-Acto knife (or oscillating tool if you’re fancy), and a little bit of patience. Soon your book safe will be hidden among your crowded library without anyone expecting a thing.”

My middle school dictionary maaaaay have been a book safe.

‘Hateful, virulently antisemitic Nazi propaganda is available for sale not only on @AmazonUK,’ the Auschwitz Memorial tweeted Friday on its official account.’Books by authors like Julius Streicher can be found also on @amazon & @AmazonDE. Such books should be removed immediately,’ it said in a post that also featured screen-grabs of the books for sale on the platform and tagged Bezos’s Twitter account.”

The Auschwitz museum has a donation page—just saying.

Yesterday I finished a custom funko pop I‘ve been so excited to make. I present you Alex Mortiz, the protagonist of the first book of the Brooklyn Brujas trilogy, Labyrinth Lost, by @zlikeinzorro ✨💜💐 pic.twitter.com/hFyDvoQNFa

In love with this customized Funko Pop inspired by Brooklyn Brujas!