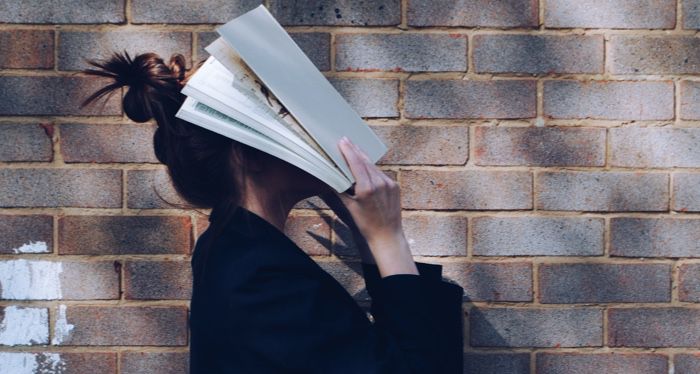 In the movie How To Lose a Guy In 10 Days, journalist Andie Anderson gets inspiration from her best friend’s failed love life to write an article for Composure magazine, where they both work.

In order to write the article, Anderson has to find a guy to date and then act in ways that are sure to make any man lose interest in a woman.

It is evident that this movie came out in the ’00s because, like many romantic comedies of the time, I doubt that the premise would work well in the 2020s; while one of the off-putting ways women make men lose interest is related to wanting to advance too fast in the relationship (Anderson’s best friend told a guy she loved him after having sex for the first time, Ted Mosby style), several of the behaviours that end up putting men off are created by women simply existing.

But this is not about How To Lose a Guy In 10 Days. This is about me grabbing that premise, and turning it into an exploration of several bookish elements that readers claim to make them lose interest in a book.

Before you dive into those things, I want to leave a warning: this is not (only) a serious examination of the things readers dislike in books. In fact, it is more of an exploration of how, many times, the elements in books that women tend to love more than men do are shut down and dismissed as less serious and less valuable. When, in fact, they often make for more diverse — and more fun — stories.

At the end of the day, when we pursue reading as a hobby, we may choose to engage with intellectual texts, works that will give us pause, something to wonder and think about. But reading as a hobby is also a way to relax, to let loose, and to allow ourselves not to take reading as super serious business. Both these approaches are valid and valuable.

Absolutely no one likes tropes. You’re telling me that these two characters need to pretend to be in a relationship for some reason, and now they are actually falling in love with each other? Who the heck wants that?

I, for one, do. All books contain tropes: sometimes, they are discreet and readers won’t notice them as much, but several plot twists and turns have already been explored before, and they will continue to be (successfully) explored in new ideas and stories.

The truth of the matter is: tropes sell — and they entertain.

So, they released a breath they didn’t know they were holding, hmm? Them, and how many more characters across history?

If you’re a reader, you probably have an issue with this. As a writer, you’ll definitely find yourself writing a cliché at some point, only to immediately erase it because now you are highly aware of it. But then, sometimes you’ll just leave it, because if so many people have written that…there must be an inch of truth to it.

It’s okay to dislike them but, as it is, clichés aren’t going anywhere. Might as well embrace them.

These two characters are obviously attracted to each other, but no one says a thing, and there is this odd tension in the air every time they share a scene or a room. Sometimes, it is clear as day that they are falling for each other, but you’re already 150 pages in, and barely a brush of hands has happened…Ew. (I’d like 10 of these, please. *extends credit card*)

It’s a bit like working for an orgasm: sometimes, delaying comes (pun intended) with a higher reward.

Furthermore, I do not know a single reader who has complained about a slow burn romance who also doesn’t gobble them all up (I won’t name any names, but I see you).

I see a hot man on a book cover and I immediately remember those book collections you could buy with women’s magazines many years ago. Short romance stories with extremely dramatic scenes and steamy romances.

To be honest, what is not to like? Sometimes readers may want more intellectual reads, but sometimes we really just want to forget the work week by seeing two hot people fall in love, in a story filled with released breaths they forgot they were holding after realising they have booked a room with only one bed.

Sure, maybe those covers are not for some readers (although, if you’re on TikTok you will find that many readers are very happy with them, thank you very much). If, however, this aversion is related to having the courage to carry those books on a commute to work, that is nothing that a good book sleeve or ebook can’t resolve. Spread the word!

I am of the opinion that steamy scenes can make or break a book.

I know several readers who really don’t like the fade to black approach to sex scenes, and others who get so much second-hand embarrassment from (bad) sex scenes that they end up skipping those pages.

Personally, unless your book is straight-up erotica, making it fade to black might be better than using expressions like “one-eyed snake.” But that may just be me.

Steamy scenes in general can be seen as an unnecessary addition to a book, and more sensitive readers may be put off by them — no issue: more left for the rest of us. (But hear me out: since they are skippable, we can have the best of both worlds!)

(Which means: please continue writing them, thank you.)

Including a Mary Sue in your book is an absolutely lazy way to write a story.

Male characters being the chosen ones and immediately innately good at anything they pursue is absolutely believable, but a woman picking up a weapon, doing some training, and kicking down all the baddies? That’s one step too far.

I mean, this dislike might be sexism, but maybe I am wrong. I am a Rey AND Batman stan anyway, so what do I know. (Yes, Batman. He’s definitely a Mary Sue.)

What is also lazy writing, apparently, is killing your main character AND THEN bringing them back to life. (Dead characters should stay dead, show some courage!)

And, of course, it’s also lazy writing if you don’t have the guts to make your characters go through the absolute worst — which may or may not be death.

Want to learn what is NOT lazy writing? Well, if you find out let me know because I, too, am at a loss here.

There’s an argument going around claiming that love triangles are never love triangles, because there are always two characters in love with one character, so it’s not mutual between three people and doesn’t make for an actual triangle…peeps, it’s a figure of speech.

Language usage is what makes language alive, and y’all know what a love triangle means without the pedantry of bringing literal maths into books. (I’m terrible at maths, I beg of you.) Regardless of the definition, though, there are plenty of love triangle haters in the reading world.

Without love triangles, there would be no merchandise with Team Jacob or Team Edward, Team Peeta or Team Gale (Team Peeta all the way). Without that merch, I’d clearly be richer…Hmm, I’m now rethinking this point. Maybe we should abolish all love triangles after all.

I’m all for bad characters remaining bad. Unapologetically. So I understand where the criticism comes from, especially if it becomes a “get out of jail free” card for characters who have done heinous acts.

But a good redemption arc can work wonders, especially when paired up with a past traumatic experience, learning from their own mistakes, and changing their behaviour to help others.

Many writers seem to feel, though, that they especially need to give women some kind of redemption, or a very strong reason for their wrongdoings, as if women can’t be just as complicated — and evil — by nature as men.

I’m sure badly written women are several people’s villain origin stories. As they should be.

10. Single Point Of View (In Romance)

When I was researching for general reasons (rather than personal preferences) in which books may lose a reader’s attention, I found out that there is a distaste for single point of view, particularly in romance.

From what I gathered, people prefer when both lovers’ POVs are involved, because that offers them a deeper understanding of the couple’s dynamic and their most intimate feelings.

But there are also readers out there who can find great value in single POV.

Indeed! BUT, this is where I have inserted a little gotcha!

The truth is, it is impossible to please everyone, and what works for some readers will not work for others (and vice versa). This last point could have been excluded, or swapped with its opposite, and this post would still ring true.

Some readers will vouch for a single POV in romances, and others will call that a fatal writing flaw.

For each of the points above, there are readers defending them to the death, or going into battle to fight them.

If you are a writer who clicked on this post looking for inspiration, and maybe some pointers, there is only one thing to add (and it’s not new): write something you’d like to read, and don’t worry too much about the do’s and don’t’s. There is an audience for (almost) everything. This Surefire Ways To Get Bad Goodreads Reviews (No Matter How Good the Book Is) post is a good example of the impossibilities of pleasing all readers.