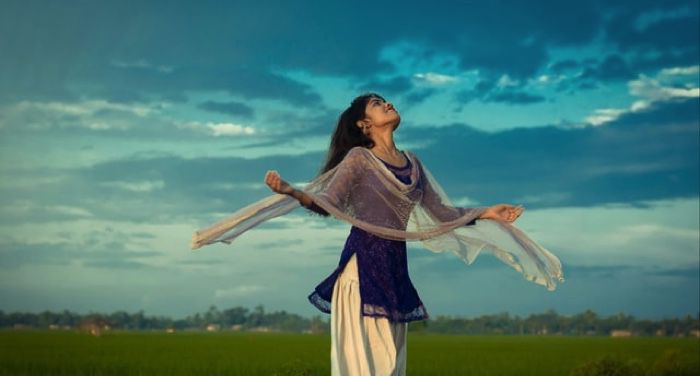 As mentioned in Carol Hanisch’s famous essay, our personal experiences can be traced back to our location with respect to a system of power. Individual experiences don’t exist in a vacuum and are inextricably connected with a greater social, cultural, and historical setting. This is the overarching theme of South Asian literature. The problems we face on a personal level can often only be solved by radical social change. From the evolution of the feminist movement to shaping our social analyses and theories, this one principle is the common denominator. South Asian literature depicts how politics can never be studied without considering the personal ramifications it has and vice versa. It shows that labeling our stories as outcomes of our individual choices is reductive as they are part of the history of oppression we were pushed into living.

The Impact Of The “Political” On Women

In Bapsi Sidhwa’s Ice-Candy Man, the social and political ramifications of the Partition of India are studied from a gynocentric point of view. The novel features Lenny, whose coming-of-age story gets intermingled with the parallel birth of the country of Pakistan. Her childhood serves as proof of the harmony that existed in Lahore prior to the religious frenzy accompanying Partition. This peaceful coexistence stands in stark contrast to the violence that will unfold later, upending the lives of Lenny and her nursemaid, whom she refers to as Ayah, forever. Lenny observes the admirers her Ayah attracts and how it stems from men’s inherent desire to objectify and own women. This sense of entitlement manifests in the latter part of the novel as extreme brutality, seizing away women’s right to live dignified lives. Ayah’s former admirers will turn into her perpetrators as communal riots break out, violating her body and spirit.

Lenny’s personal tragedy merges with the bigger picture as she sees numerous other women like Ayah suffering at the hands of men. Men declare their superiority over one another by helping themselves to the bodies of women as they please. Lenny realizes that Ice-candy man’s betrayal of Ayah and his pushing her into prostitution is emblematic of the extraordinary cruelty ordinary men are capable of when the situation permits. A young child’s personal grief becomes the miniature version of the unfathomable tragedy inflicted upon the women of then India in the wake of Partition.

In Funny Boy, Shyam Selvadurai has portrayed how the political invades the personal in terms of identity and sexuality. His protagonist, Arjie, grows up in a family where rigid gender roles and a parochial concept of masculinity dictate the psyche of every member. His family, with their insular approach to sexuality and identity, is the microcosm of the Sri Lanka he describes that is getting torn apart by civil unrest and animosity between the Sinhalese state and the LTTE. Arjie prefers playing with his female cousins and playacting as a bride. His inability to fit into stereotypes is seen as a personal failing. He is constantly shamed for who he is as the society he lives in thrives on hate. Even his cousin, Tanuja, who is still a child, has internalized the limited definition of masculinity, as is evident from the slurs she uses against Arjie. This shows how strong a hold his homophobic society has on not just the adults but also the kids.

After falling for another boy, Arjie starts believing that he has somehow betrayed his family. This highly self-destructive feeling doesn’t stem from within but rather from the beliefs of the outside world that are forced upon him. What Arjie has for Shehan is love and not perversion, which he will come to terms with eventually. The narrow-mindedness of the society he is, unfortunately, a part of is acting against the individual’s wellbeing. Time and again, the outside invades the internal lives of the characters, especially Arjie. Whatever they are taught about masculinity annihilates the self and hinges on the rejection of individual interests. There is nothing creative or life-giving about it. Just like the civil war engulfing his country, it seizes the autonomy of the individual and makes them pawns of the absurdity of myopic cultural expectations.