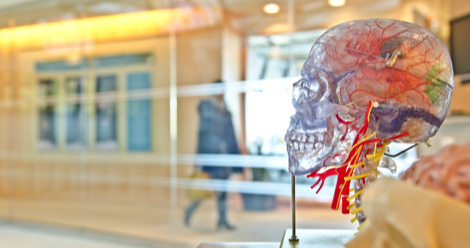 A new study, published by the Journal of the American Medical Association, is the latest in a number of studies exploring how “intellectual activities”—such as, ahem, reading books, newspapers, and magazines—can decrease a person’s chances of developing dementia. Using a sample size of 15,582 Hong Kongers sixty-five and older, the researchers tracked daily activities for five years to investigate whether regular activation of the intellect can reduce risk independent of other lifestyle practices.

More reasons to read (not that we need any).

This spring, author Faleena Hopkins obtained a trademark registration of the word “cocky” in connection with her series of self-published romance novels, each featuring one of her Cocker Brothers characters. Before filing suit, Hopkins sought to block the sale of other romance books that included “cocky” in their title, and sent letters to authors telling them to change the title of their books. Hopkins also asked Amazon to pull other books featuring “cocky” in their titles from sale.

Where did these young men get the idea that male pathos (stereotypically defined by them as sexual frustration) is so pathetic, so worthy of tribute? One possible answer to the question, one we don’t discuss very much, is our culture’s literary history. The incel isn’t just a monstrous birth of our casually cruel and anonymous internet culture. He is also a product of anglo-American literary culture, which (particularly in the 20th century) treats the topic of male sexual frustration as if it is of prime importance to us all.

This piece from The Guardian looks at a possible link between literary classics and the misogyny of the involuntarily celibate movement.