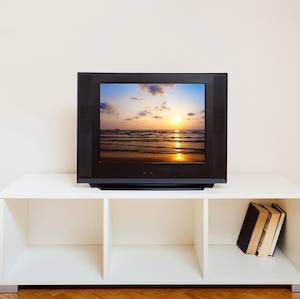 Last week was a dorky milestone for me: I finally created separate “book release” calendar for my iCal,  prompted largely by the number of sequels and series instalments whose publication I am currently awaiting. That in and of itself isn’t strange really, except that if you had asked me, say, five years ago how many book series I was currently reading, I would have told you none (now that the Harry Potter books had finished).

So what changed? There were probably a number of factors, but if I had to pin down one thing that sparked my newfound (or rather, refound) enjoyment of serial reading, I’d probably say that it was the precedent set by my obsession with television, beginning a few years earlier.

First let me rewind. Like many girls of my generation, I was obsessed with a number of book series from the Babysitters Club and Sweet Valley High to the Laura Ingalls Wilder and Anne Shirley books. But once I reached adolescence and left those books behind (as much as a nerdy Canadian girl ever really leaves Anne Shirley behind), I largely stopped reading series. Over the years I had picked up and internalized the impression that serial stories – like anything with the taint of “genre” – were juvenile or low-quality. After all, few of the works of literary fiction or “classics” we read in school were part of a package deal, and I rarely saw the latest instalment of a series reviewed in newspapers or brandished with shiny gold award stickers in the book shop.

Ironically, studying literature in university at the higher levels actually proved to be a liberating experience for me. I benefitted from professors who taught outside the well-trod cannon curriculum and peers who passionately discussed and analyzed books I had never read. I quickly shed the false skin of snobbishness I had acquired, and became an virulent anti-snob and devotee of the underappreciated. But although university may have freed me from the confines of the canon, it was my evolution, seven years ago, from “regular viewer” to “full-blown TV obsessive” that returned me to serial reading.

Previously film and television had occupied almost equal weight in my life. I watched both socially, but on my own I preferred to watch films. Over time, a number of factors have shifted my viewing habits. There were the usual suspects – the advent of Netflix and of the so-called “Golden Age” of quality television, as well as the rising price of movie tickets – combined with some that are more specific to me – living places where a movie theatre wasn’t easily accessible without a car, and becoming increasingly insistent that all the media I consume have good female representation, something at which that television is generally more successful. I also loved that the sheer volume of television episodes offered more opportunities for textual analysis and dissection, one of my favourite social activities both on and offline.

It’s this last quality that inspired my return to reading book series. I found that the more I watched television, the more likely I became to prefer seeing a story and a cast of characters develop slowly over the course of several years – years I could spend debating and discussing their development with fellow fans and viewers. I became accustomed to keeping my characters. I got attached. I enjoyed the feeling of them growing with me and even growing up with me. And what I preferred on the screen had an impact on what I enjoyed on the page, inspiring me to start reading series again, in everything from YA to mystery and fantasy/sci-fi.

Of course I realize “television series is to a book series what film is to standalone novel” is not a perfect analogy; it’s complicated by a host of factors, not least among them the fact that so many of the books we now consider standalone classics were originally published serially, making the original reading experience of, say, Great Expectations a lot more akin to watching How to Get Away With Murder than Birdman. My intention isn’t to draw a straight comparison. But when so many of our stories cross from one medium to another (and sometimes back again), I think it’s worth considering how certain qualities of the one medium have had an impact how we consume narrative in another.