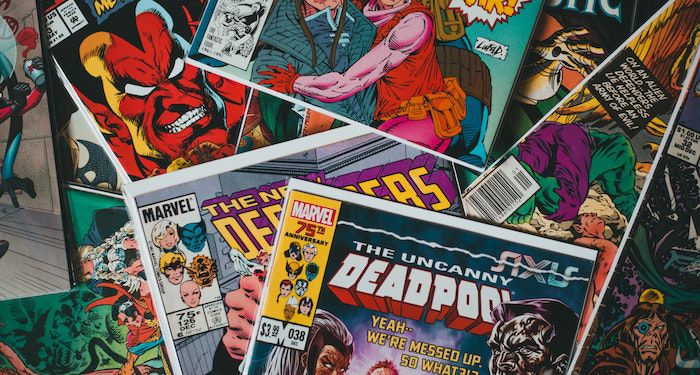 I’ll admit I don’t know the answer to any of those questions. But don’t worry if you don’t know either; even hardcore Marvel fans would be hard-pressed to give you definite answers about the number of comics that exist (the other questions are, thankfully, a bit easier to answer). So let’s take a dive into the Marvel Comics universe, and see just how big it is.

I’ll get to the number of characters and heroes, but to know just how big the Marvel Comics universe is, we need to look at the history of Marvel. That means going back to the first Marvel comic ever published.

In 1939, Timely Comics published Marvel Comics No.1, which featured well-known characters such as The Human Torch, the Angel, the Masked Raider, Ka-Za, and Namor the Sub-Mariner. The company wouldn’t be known as Marvel Comics until much later, but we can safely say this is the start of the Marvel Universe. They weren’t the only heroes introduced by Timely Comics, though. It was them who, in 1941, published the first issue of Captain America. This was the Golden Age of comics.

The company went through some changes as the interest for superheroes died down. So Timely Comics became Atlas Magazines. Then fast forward to the early ’60s, after DC Comics ushered in a so-called Silver Age of comics. Atlas Magazines finally became Marvel Comics. They hired Stan Lee and Jack Kirby, and the Fantastic Four joined the roster — which we can agree is the beginning of a decades-long path that has given us a lot of beloved characters, and eventually the Marvel Cinematic Universe too.

But the first comic, the one that truly started it all was Marvel Comics No. 1.

Now we have a vague inkling of how big the Marvel Comics universe is. For the next few questions, I want you to keep in mind that Marvel has published superhero comics for about 82 years. So believe me when I tell you there are a lot of comics and characters.

How many Marvel characters are there?

This is the first, and maybe most, difficult question because there is no definitive answer. It kind of depends on what you count as a “character.” There are villains and heroes, humans and mutants, among many others. Plus, it also depends on what you want to count as “Marvel.” Marvel Comics also owns and publishes series like Star Wars or classic monster series like Frankenstein. But for the purpose of this exercise, we’ll talk about the superhero side of Marvel (you know, the Avengers and whatnot).

Which still leaves a lot of ground to cover.

Taking into account that there are infinite Earths in the multiverse, and multiple reboots of the same characters, the numbers keep growing. To make things worse, there doesn’t seem to be an agreement on an approximate number either. In an interview in 2017, former Disney CEO Bob Iger said that Marvel Studios had the rights to 7,000 characters. Which means that the number of characters that exist in the comics has to be higher than that.

Then there’s the official Marvel character index. This one, although official, isn’t too trustworthy, because it includes some non-superhero characters, and it has entries for big organizations like S.H.I.E.L.D or Hydra. And the numbers really don’t add up, even if they include the Lego versions of characters. What’s interesting is that they do count different iterations of their beloved heroes. In this index, the Hulk has 8 different entries and Spider-Man has 13. The total number of characters in this index is about 1,502 (believe me, I counted).

But that seems too small a number for the Marvel Universe. Considering the Bob Iger interview, if they have the rights to 7,000 characters, the source material couldn’t possibly be lower than that.

So, though unofficial, I think the Marvel fandom database could be the closest to the real number. They list 72,659 Marvel characters in total, including a bunch of side-characters and about 146 different versions of Luke Cage (yep, I counted again). So with who knows how many Earths in the multiverse (enough for +100 versions of Luke Cage), I think their number is the closest to the real thing.

Finally, the big question. For this one, I am counting everything. From superheroes, to classic horror monsters, to Star Wars. We’re trying to know how many Marvel comics have been published since 1939. It’s important to note that there is no official record of all of Marvel’s publications, so the best we can get is an estimate.

Once again, the official Marvel series index isn’t very useful. But that’s because it lists series, not individual issues or volumes. They list around 4,903 total Marvel series in the index, including characters like Darth Vader or Conan the Barbarian. If we assume all series have about six issues (which isn’t true, because some can have three while others can have 50 depending on their run) it would total 29,418 comics. About 358 comics each year. Which frankly seems too little for the 82 years Marvel has published comics.

The closest I could come to an answer came from a blog called Retrogeekery. The writer, Ali, states that Marvel Comics published an official index in 2009, listing a total of 32,000 publications. Although they don’t explain which index this is, I’m assuming it refers to the 2009 edition of The Official Index to the Marvel Universe, which does state in its introduction that they have that number of issues.

So let’s do some math. If in 2009, Marvel had 32,000 comics, this would give them about 457 comics per year for 70 years. The problem is, we’re not in 2009 anymore. So that number has obviously grown since then. Assuming they don’t have an exponential growth, if we take those 457 issues per year and multiply it by the 82 years Marvel has existed it would give us about 37,400 total Marvel comics published since 1939.

But, like Ali at Retrogeekery says, it’s probably best to round this number up to 40,000 thanks to variations in comic publishing.

And that’s how big the Marvel comics universe is.

Want to read more about Marvel? Check out our list of the top 15 most powerful characters, or laugh with this ’60s Marvel superhero kit. Maybe even take a dive into our Marvel archive: we have a bunch of quizzes and lists!