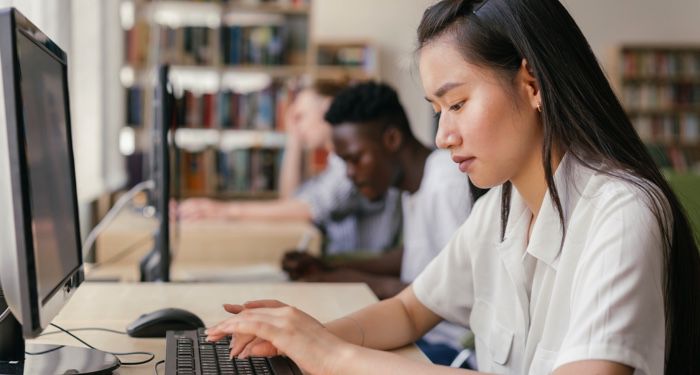 Tor Books, publisher of Book of Night by Holly Black 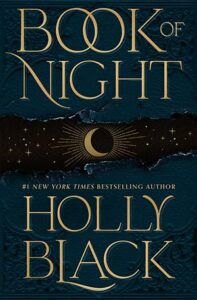 One of the major roles of libraries is to act as a community hub, a place where local people can access computers, sit and read, and take part in reading groups or children’s clubs. The unique role of the library as a community space — open to all age groups, with no religious or political foundation, and no requirement to spend money in order to stay — is one of the reasons why the closure of libraries has had such a devastating effect in the UK. Without this free, open space, members of the community must either spend money to leave the house, or stay home.

Libraries can play a particularly important role for newcomers within a particular community. As libraries are usually staffed by locals, libraries are places where users can come and ask for information about the town or city, as well as looking for books and resources. This is helpful for all new inhabitants of a town, but can be a crucial service for refugees and asylum seekers. But what are the ways that libraries can help refugees upon their arrival in a new country?

In their article “Libraries have a major role to play in welcoming new arrivals to the UK,” CILIP, the UK’s premier organisation for libraries and librarians, goes through the many different ways that libraries can provide a unique and essential level of support for refugees and asylum seekers. The article author, John Vincent, notes that “Many [libraries] are open outside ‘office hours’ and are therefore somewhere that can be welcoming to people searching for help — often basic information is needed, such as how to find somewhere to stay, how to access health provision, and so on.” He goes on to explore the other aspects of libraries that are of particular use to library visitors who are seeking asylum in a new country, including free access to computers — crucial for keeping track of the immense amounts of administration involved in asylum applications — as well as materials for learning English, and resources in the service user’s first language. Some libraries host “language cafes,” where people can meet up and learn English or carry out language exchanges in a relaxed and informal environment, something that may be more welcoming to many people than a formal language school setting.

Vincent’s article mentions the need to carry out long-term projects, rather than short-term programmes that may not provide the kind of sustained support that refugees and asylum seekers need. This approach is part of the Libraries of Sanctuary Project, an organisation that describes itself as “a network of librarians, library staff, community groups, and book lovers who are raising awareness of the issues facing people in the asylum system, offering support and participation opportunities, and contributing to a culture of welcome in the wider community.” Libraries of Sanctuary provides formalised rewards and recognition for local libraries that have gone above and beyond in supporting service users from refugee communities, and provides resources, guidelines, and case studies for libraries that want to ensure they create a welcoming and helpful environment for these customers.

The focus on long-term inclusion and support is crucial, as this is something that allows people from refugee and asylum seeker communities to join in and interact with other members of the local community. Asylum Welcome, an Oxfordshire-based charity, focuses not only on ways to support asylum seekers and refugees as they settle in Oxfordshire, but also facilitates refugees in running classes where they share skills or knowledge and meet other locals. Many of these workshops have been based in local libraries, and have included crochet and knitting classes, or language workshops where refugees and asylum seekers teach their first languages. Thanks to initiatives like these, and the hub setting of the library, long-term local residents and new arrivals have the opportunity to meet and get to know each other, building a greater sense of community.

Of course, while many libraries have stepped into the role of supporting refugees, there is always more work that can be done. Vincent’s CILIP article gives suggestions on ways that libraries can become more accommodating of and welcoming to refugees and asylum seekers, including consulting with these users and the local organisations that support them to ensure that all their needs are met, and promote the library’s role as a centre for information provision, language learning, and community support. Libraries for Sanctuary gives practical advice and guidance on ways that libraries can achieve this, being aware of the needs and requirements of a marginalised and vulnerable part of the local community. In a turbulent world, where many people are displaced by war or climate change, the role of the library in assisting refugees and asylum seekers in settling into a new home is only going to become more important — hopefully, local libraries and residents will step up to ensure that new arrivals to the community are welcome.