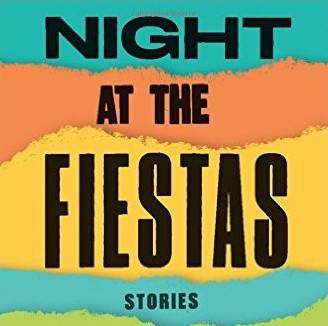 This is a guest post from Jake Offenhartz. Jake is a fledgling writer (but otherwise decent person) as well as a production assistant at Michigan Radio, an NPR member station located in Ann Arbor. He graduated from the University of Michigan in May, so he’ll probably start feeling like an adult at any moment now. You can read his tweets or his blog, but wouldn’t you rather just go outside or something?

To begin with a sweeping generalization, I’ve found that short stories can often be divided into two subsets: those that follow a concentrated version of the traditional story arc and those that don’t. More often than not, the events of the story are building toward a single revelation, a twist that forces you to see the characters in a new light—think Seymour’s suicide at the end of “A Perfect Day for Banana Fish.” The constraints of the short story mean that it tends to be immediately obvious when an author elects to play with form in an unconventional way, to subvert the dramatic structure for something else entirely—think the zero ending of Raymond Carver’s “Cathedral.” 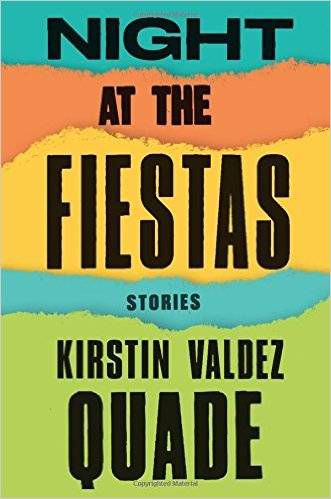 And then there is Kirstin Valdez Quade, author of the collection Night of the Fiestas, who simply does not buy into my sorting theory. She manages to craft a conventional story arc, to wisp us through rising action, crisis, and resolution, and then, in the story’s final moments, reconfigure the significance of all those elements.

In “The Guesthouse,” we are invited into the world of an estranged family brought together by a death. Our protagonist Jeff is mourning the loss of his beloved grandmother, anxiously meeting his familial obligations before returning to New York, and feeling ashamed for abandoning his unstable mother and suicidal younger sister. Already ripe with elements that drive a story, the narrative gains a new propelling agent with the discovery on page 8 that Victor, Jeff’s abusive—and apparently cancer-ridden—father, has taken up residence in his grandmother’s guesthouse.

What makes the arrival of this new character so great is that he’s actually been here all along, though this fact is concealed from both the reader and the characters until Victor invites Jeff to “Come in, see my place.” The present-tense narration, psychically close to Jeff, makes this slow-burning recognition feel as though it’s happening in real time, as Jeff “steps inside automatically…his brain seems to be taking a very long time to process the information before him.” While Jeff learns of the circumstances that led Victor to shack up with his ex-wife’s dying mother, the story’s central conflict and stakes appear to reveal themselves: Jeff, his depressed sister, and deadbeat dad must now figure out what to do with the house. Much of the remainder of the story is spent resolving this dilemma, building toward the apparent revelation concerning the relationship between Victor and Jeff’s grandmother.

But in the story’s final moments, without warning, the story is once again jerked in a new direction, through a devastating exchange between Jeff and his sister: “Gently, Brook says, ‘You shouldn’t always have to deal with everything,’ and Jeff feels that something essential has been wrenched from him.”

It’s at this moment that all of the apparent conflicts become exposition, and everything we think we know about our protagonist is flipped on its head. It’s a neat bit of misdirection, a unique take on the modernist ‘epiphany,’ in that both character and reader now realize that Jeff’s struggle to resolve the story’s myriad external conflicts is actually driven by a greater internal conflict: Jeff’s misconception of his role in the family. The present tense narration filtered through Jeff’s perspective serves to steer the reader into thinking that Victor and Jeff’s grandmother’s relationship is the story’s central revelation and that Victor “managing” the house is the story’s resolution, when in fact these events are simply rising action building toward Jeff’s ultimate revelation.

This crushing epiphany that he is not the reliable overseer of his family’s well being pushes Jeff into a fit of rage, leading to the story’s final scene in which a pack of cannibalistic rats gnaw into the body of a pregnant boa constrictor named Sabrina. It’s a fittingly absurd finale, the paradoxical image of prey exacting revenge from predator, successful in concluding a story that defies convention in the last possible moment.