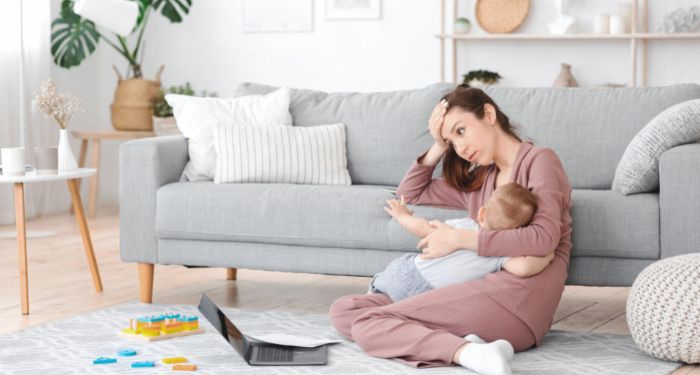 The motherhood memoir. It’s A Thing. Memoirs about trying to get pregnant, memoirs about infertility, memoirs about being pregnant, memoirs about parenting — there are a lot of books from which to choose. Before I became a mom, I devoured these. I wanted nothing more than to be a mother, and I would read these and imagine what motherhood might be like. I did this years and years before I could even think about becoming a mother. When I decided to start thinking about pursuing motherhood on my own (hello, dating is horrible and I was tired of waiting for The Guy), I started to read these books in earnest again.

Except I couldn’t find any that dealt with single motherhood by choice — save one, Rachel Lehmann-Haupt’s In Her Own Sweet Time (the first edition of it, before it was updated). I remember emailing her to let her know how much I loved the book and was thinking about doing the same, and she emailed back with support and encouragement. Years later, we’d connect on Facebook through a mutual friend, shortly before I became a mother myself.

Yes, there are memoirs and books about infertility and assisted reproductive technology (ART) — but they nearly all assume you’re married or in a partnership, and almost always assume it’s heterosexual. (Though a recent graphic memoir is about single motherhood and ART — Catalogue Baby, by Myriam Steinberg — that would have been great back then).

When I became pregnant, I wanted stories. Pregnancy wasn’t the easiest, and I was more anxious about impending motherhood than I probably realized. But inevitably, the pregnancy and parenthood memoirs were all in the context of marriage or long-term partnership. I started to get annoyed, because there were no books about dealing with the stares you get (yes, even in your mid-30s) at being visibly pregnant with no ring on your hand. Or the subtle judgment at the maternal-fetal specialist’s office at hearing that there was no partner — until I explicitly stated that I purposely chose this, and then to “make conversation,” they asked some questions about my education and job. (There is so much to unpack there about classism and misogyny, but that’s a whole other conversation in itself).

Then my son was born, and as the months went by, things were…hard. I’m sure I had some form of PPD. He barely slept. (That’s not hyperbole, we saw specialists and everything. I did not get more than 3-4 hours of continuous sleep for nearly 3 years). I was completely overwhelmed with single parenting, severe sleep deprivation, and working from home full-time. I had also started to notice some sensory issues with my son, which made certain things more challenging. Parenting just felt harder than it looked like it was for everyone else. (Side note: social media is a huge lie, don’t believe what you see about parenting on FB or IG).

I tried to turn to books for answers or commiseration, and found that I couldn’t handle the motherhood memoirs anymore. It was hard enough to get my son and I to a store to run errands — and I was reading about people who somehow managed to have a life and go places with kids? I felt ready to cry at any minute. I wasn’t sure how I was supposed to advance at work while also caring for my son, especially once we started multiple therapy sessions each week with Early Intervention. The memoirs I found did not mention anything like this. It felt like they were living very different kinds of lives than I was. How did people do this? What am I doing wrong?

Where were the motherhood memoirs where the mom was starting to wonder if she was cut out for this? Where were the motherhood memoirs where your kid wasn’t fitting the “what your child should be doing this month” emails? Why was no one was talking about the sheer loneliness of motherhood? The parenting books sure weren’t dealing with this. (Looking at you, Wonder Weeks — heaven forbid your child isn’t on A Certain Timeline). Or if they deigned to do so, it was a paragraph with “see your doctor.” As in, we don’t deal with such things in Regular Parenthood. At least, that’s how it felt.

And so for a long, long time, I stopped reading the motherhood memoir genre (not to mention any parenting books in general). You might say I was even a bit bitter. Where were the motherhood memoirs of those who chose to blaze the path alone? Where were the motherhood memoirs that dared to talk about the tedium of early parenthood and the ambivalence involved with full-time work and parenting? I had noticed what was out there was very white, very upper-middle-class, almost always married, and very non-disabled. When I did find memoirs about raising a disabled child, they were either ableist, or a savior/martyr narrative — neither of which I wanted to read. At a time when I could have used books the most, I came up with nothing.

A few years later, I slowly started dipping my toes back into the parenting and motherhood memoir genres again. I read Heather Kirn Lanier’s memoir Raising a Rare Girl, and for the first time, saw aspects of my motherhood experience on the pages. This was the memoir I had needed when my son was younger. Our lives were very different, but for the first time reading a parenting memoir, I felt seen. On a cognitive level, I knew how much seeing yourself in books matters. But on a very personal, gut level, this hit me. I also realized that I was in a much different place than I’d been several years earlier: finally getting sleep, for one thing. (Never underestimate that). I was also not looking for validation or instruction, and maybe that had something to do with it.

If I’m completely honest, I still don’t love the motherhood memoir genre like I used to. Maybe I never will. I’ll admit that I think I’d love to read more “nontraditional” parenting memoirs, whatever that might look like. I do have an ARC of Michelle Tea’s forthcoming memoir, Knocking Myself Up (August 2nd), that I’m really looking forward to reading. I remember Tea writing about her journey to get pregnant in her column for xojane, back in the day. I think the genre is slowly changing, with books like Angela Garbes’ Like A Mother that came out a few years ago (and her new one, Essential Labor), as well as Motherhood So White by Nefertiti Austin (it’s a single mom memoir, too!). But there’s still a ways to go. I want to read about people creating new images of mothering, new paths toward parenthood, and the possibilities of community care for parents, children, and families.

Motherhood can look like so many different things, and it’s time the genre reflects that. Who knows, maybe I’d even love the genre again.