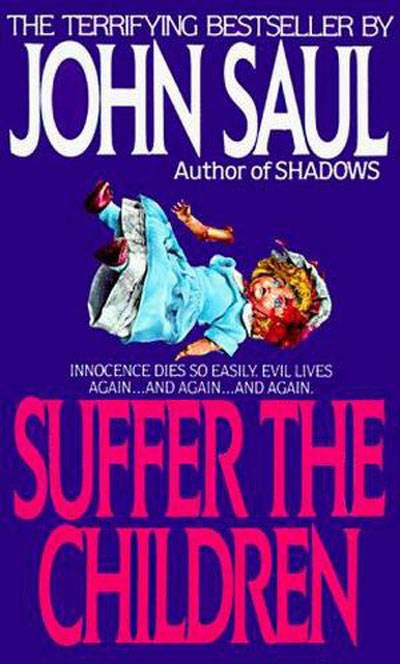 This is a guest post from Steph Auteri. She is a freelance writer and editor who has overshared in Virginia Quarterly Review, Elephant Journal, The Frisky, Nerve, Babble, and a slew of other publications. She also regularly collaborates with sexual health professionals, helping them create quality content marketing through books, blog posts, and social media. Despite her tendency toward more morbid reading material, she enjoys frolicking with cats and doing yoga. You can stalk her over at stephauteri.com, or on Twitter @stephauteri.

Most young girls find out about sex through a mixture of V.C. Andrew and classroom hearsay. My first sex scene was in a John Saul novel about a girl who lures children into an underground cave, traps them there, and then forces them to replay traumatic episodes from her childhood.

The sex scene wasn’t even a sex scene. A mother snatches her husband’s book and stuffs it into her nightgown, hiding it between her breasts in an attempt to lure him into sexy times. The husband 8refuses to play along (he’s being a cranky pants). But I still blushed at the reference to boobage.

Then I quickly moved on. The psychological terror occurring in the remaining pages was far more fascinating. Sex? Meh. Who even cared (says the woman who is now a sex writer)?

I was only in elementary school, but I had already blazed my way through the Nancy Drew and Hardy Boys mysteries. Sweet Valley High just didn’t have the same amount of sizzle. So, because I felt I was more than ready to read grown-up books, I turned to the paperbacks lining the wood-paneled walls of our rec room.

I started with John Saul, and his completely sick Suffer the Children. I moved on to Mary Higgins Clark, Dean Koontz and, yes, V.C. Andrews. I reveled in the creepiness of Lord of the Flies, The Martian Chronicles, and the collected stories and poems of Edgar Allan Poe. When I started working my way through my dad’s hardback Stephen Kings, I really hit my stride.

The Barnes & Noble Blog recently ran a post on why horror in children’s literature is a good thing. And while I skipped straight past Goosebumps and ran headlong into the more maturely macabre, I agree with much of what Paul Goat Allen writes: Horror does get children excited about reading.

But more than that, horror got me excited for all that was possible in this wide, weird world of ours. All that could be possible.

So I grew up playing with Ouija Boards and witchcraft kits. I grew up reading about screaming mandrake roots and searching for hidden passageways. I was an exceptionally quiet child, and my parents worried that I was a bit morbid, but at least I had an active imagination.

In junior high, I went to slumber parties and got scared silly playing bizarro games like Bloody Mary and Light as a Feather. I watched The Gateand became convinced that my father’s gem collection carried evidence of demons lurking in the underworld. I bought my own copy of Stephen King’s It as light vacation reading and read it so many times, entire sections began to fall out. I eventually had to wrap a rubber band around it before placing it back on my bookshelf.

In high school, I regularly watched B horror movies with a group of boys I knew. We’d go to the Page One Cafe the next town over, buy used books, and sit down with hot cocoas and cappuccinos. Then, after a perfectly pleasant evening out, we’d head back to someone’s basement and watch Scanners, Sleepaway Camp, and Hellraiser. High school was boring, and I couldn’t wait for it to end. But horror — whether in the books I bought or on the VHS tapes we watched — was something else.

Nine years ago, I met the man who would become my husband. Our courtship consisted of meals at McDonalds, followed by B horror flicks back at his place. Dead Alive. Rumpelstiltskin. Troll 2. The entire Evil Dead series.

Now that we’re married, we rent Japanese flicks like Battle Royale and Audition. Claustrophobic flicks like The Descent. Creepy shit like Sinister.My husband screams like a little girl and hides behind a pillow as I devour the screen with my eyes.

And slowly, in the past year — even though I became immersed in contemporary fiction, narrative nonfiction, and war novels while in college — I’ve begun reading horror again. After years of going without, I’ve found that delicious, horror-related thrill again through Scott Smith and Joe Hill and Yoko Ogawa and Mark Danielewski.

I’ve been married for almost six years now. I live in a four-bedroom house in the suburbs with my husband and three cats. I work from home and, most of the time, I only go out to go to yoga. Life has become routine.

I know that none of it is real.

Where do you get your horror fix?