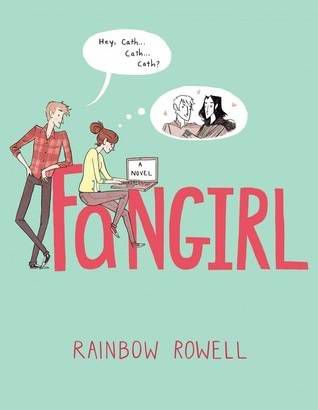 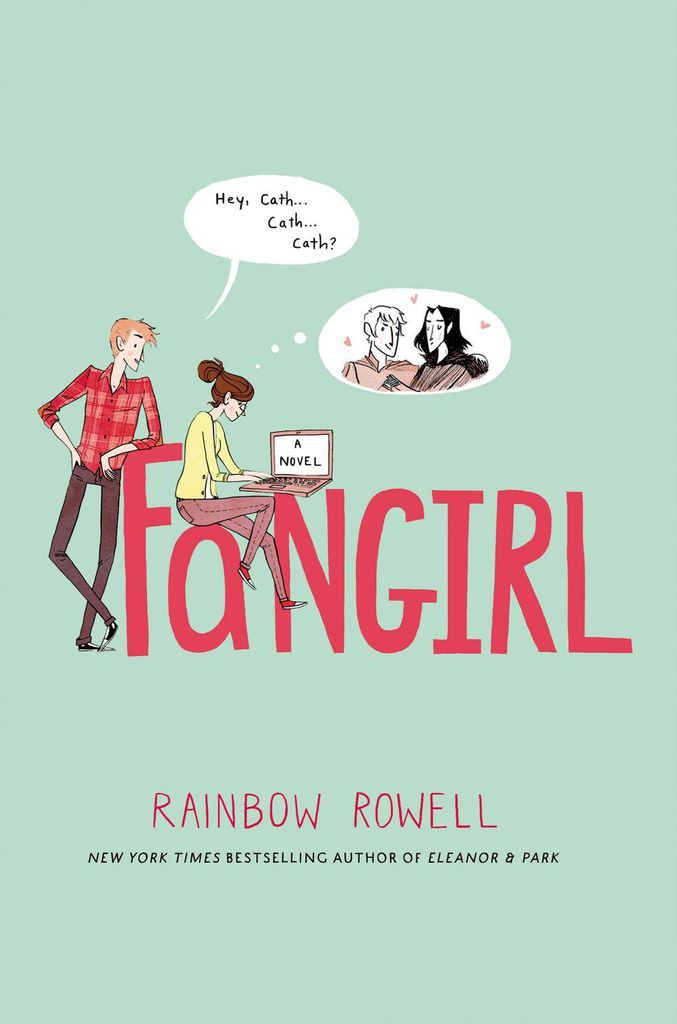 Fangirl was published in September of 2013, just shy of a year after I found out my husband was cheating on me. At this point, I had moved back in with my parents, gone back to school, found a part-time job, and was devouring as much YA as I could get my hands on. I read The Hunger Games in two days.  I bounced from John Green’s The Fault in Our Stars to Holly Black’s The Coldest Girl in Coldtown to Stephanie Perkins’s Anna and the French Kiss. The reading was furious. I could occupy my sleepless nights with high school drama. Instead of answering emails from my lawyer or my therapist, I read fan fiction and discussion boards. I rolled my eyes at corny one-liners and outlandishly unbelievable dialogue. As soon as I read the last line of the happily-ever-after I’d close the book and audibly say, “Just wait.”

It was not the loveliest time for me.

Then Fangirl came, the first of Rainbow Rowell’s books I read. The protagonist, Cath, had more social anxieties than I did. She wasn’t bubbly or blond or even really that likable. She never left her room, got dumped by her twin sister before they left for college, and cared more about fictional people than real ones. Cath was a pathetic pain in the ass. I could relate.

Enter Levi, Cath’s love interest. If Cath is a tree in a dark forest, then Levi’s the twinkle lights strung Christmas-style through her branches. He’s a blond Nebraskan cowboy who can’t read. He’s unremittingly good. Almost annoyingly so. He just keeps showing up and liking Cath after she’s blatantly mean to him. And he’s good. Optimistic and resilient and  long-suffering. Levi’s who I want to be in this scenario.

I wanted to forgive my soon to be ex-husband like Levi forgave Reagan (the cheating ex-girlfriend, now best friend). I wanted to get back to my pre-affair happy-go-lucky demeanor. I wanted to be the brightest, goodest thing in the room. Well, in a room where I could be the brightest without being the center of attention. His driving Cath two hours during finals week to the hospital to be with her dad and driving home the same night reminded me of a time I’d driven four hours to help someone with their car. His willingness to be friends with prickly people reminded me of how I’d mediate peace treaties between family members and coworkers. His patient pursuit of Cath’s affections reminded me of the unrelenting years I spent trying to love someone who was ill and not capable of loving me back.

I know that Levi is good. He and I used to have a few things in common. September 2013 Nikki needed reminding that she was good, too. Not only did I need reminding of my own goodness, but that other people, outside my family, were also good. They were scary and unknown and all much, much cooler than me. But some of them were probably willing to put up with my bullshit, and maybe even willing to talk with me about Fangirl. After another month or so of wallowing and two rereads of Fangirl, I started to see Levi good showing up in my life again. I met people, outside the internet, who put up with my overwhelming openness. Fangirl, in combination with time, community, and faith, helped to unbreak me. After meeting Levi, I look at real life people with positive expectation instead of wary cynicism.

Present day Nikki sees Fangirl as a sweet coming of age story. I understand the view that it’s not a deep literary masterpiece or something to revolutionize the book world.  But it revolutionized my world. It snuck in to a place where I wouldn’t let anyone else see me and tricked me into believing in people again, even if they were fictional people. Over time and rereads, it shifted my view of real life people as well. Some of them want to be good, like me and Levi. Some of them are good. Better than good, even.

Here we are, a year and half, three special editions of Fangirl, and many YA books later, and Levi Stewart is still my go-to fictional guy. Over Augustus Waters and Peeta Mellark and Étienne St. Clair. Keep your Edward Cullens and Fours. When someone finally invents a machine to bring fictional characters to life, I call dibs on Levi.