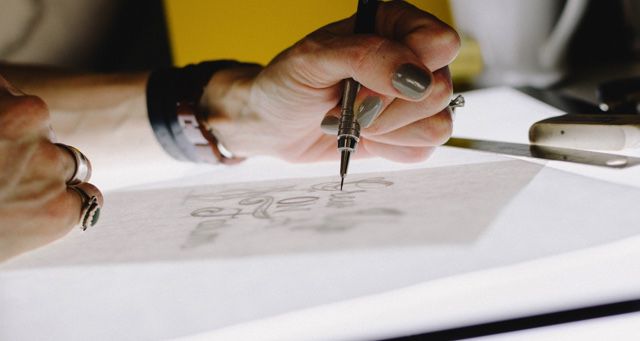 The Edward Cullen portrayed by Robert Pattinson in Twilight was not what I pictured. Despite having read the book several times and a clear description that points out Edward’s “bronze” hair, somehow I imagined him with black, curly hair a bit past his ears. Imagine my surprise when, after seeing the movie, I went back to the text and saw that, huh, yeah, he does have bronze hair. Who knew?

Physical character descriptions have always eluded me. For however many times I’ve seen the phrase “almond-shaped” in reference to eyes — on the occasions I do pick up on physical descriptions — I still don’t know exactly what that means. (To be fair, I’ve also Googled it and there doesn’t actually seem to be a consensus on that particular image. At least not as far as you can trust a Google Image search to represent a concept.) And unlike many readers, I don’t think I really picture characters and scenes in my head as I read. It may work that way for Sam in iCarly, but not me.

I struggle to visualize characters, settings, and whatever other visual descriptions in my mind’s eye. Either I come up with something that is definitely not what the author describes or I picture nothing at all. I just don’t have a picture playing in my head as I read. It’s probably why when I finish a book (never before, because spoilers!) I like to look at fan art. Oh, I think, that’s what that person is supposed to look like. I’m always sort of surprised at how many artists end up with similar concepts for fan art — had all of these details been in the text and I really missed that much?

But I’ve found something that sometimes helps, if you want to consider it a problem.

When I’m not reading, one of the things I like to do is draw. I don’t do it as often as I would like, but when I do, it actually does help me to better comprehend visual descriptions in text. If I’m working at a drawing of someone who’s got a thin nose, the act of drawing that nose reinforces the adjective and when I read it in text, the picture is sharper for me.

Not only does the act of drawing help to emphasize and reinforce the actual function of an adjective’s definition, but it also encourages me to pay greater attention to those small details. Especially if I’m creating my own fan art, I need to make a more conscious effort to be aware of physical descriptions. This means I’m also reading the text in general more closely. A sentence may start off about the many adventures of a cowgirl on the run, but there could be a detail about the particular coppery hue of her braid that I would have missed if I were to read more casually.

You would think in my late-twenties I’d have reading comprehension down pat. After all, I read a lot and practice makes perfect, right? Actually, it seems to be the opposite — the more I read, the less closely I read. There are so many books out there and because I want to read so many of them, it often means sacrificing deeper, closer readings to get through as much as possible.

Is “deep reading” better than “surface reading”? Of course not. There are books that perhaps call for closer readings and some that are just fine with a more superficial skim. But like most other things, the quality — quality here meaning the richness of comprehension, not necessarily superiority — and the quantity of your reading activities are often inversely correlated.

When I take the time to draw something, I have to consider what I’m actually putting on the paper. If I place this line here and another there, what does that mean for how the face would be described in text? Particularly for realistic drawings, subtleties matter. Would this be considered a thin nose or a broad nose? If I’m referencing a photo, particularly of someone famous, it’s extra helpful — by identifying a nose, for example, as thin or broad, I immediately have a reference point for future reading. I can think, Oh, this character has sharp cheekbones, like that Keanu Reeves fellow. So then I can copy/paste various bits of celebrities until I have my own like Frankenstein’s monster of a character in my head.

Some folks may identify features descriptively just by looking, but it takes a closer examination for me than just a glance. Because drawing and referencing a photo requires that closer examination, I get the benefit of categorizing features to pay off later. The more vividly I can picture a cast of characters, their setting, their stories, the better I can understand a piece and the points it makes. In some cases, this means I read better. For books where it matters to me. And sometimes, it’s not necessary to “read better” to read well. But when it is, I’m ready.