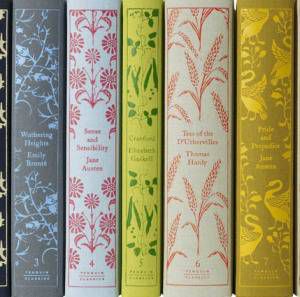 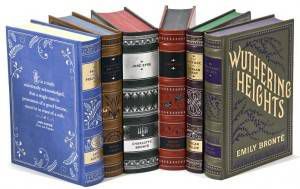 It’s that time of year…the time when I look over what I’ve read, and realize just how many books I still want to read, or haven’t read but “should.” Ah, the “should” list. While I try not to put pressure on myself for reading what people think I should be reading, there seems to be an alarming amount of classics that I either haven’t read, or have only recently read. It’s only in the last year that I’ve read 1984 and Brave New World. I finally read The Sound and the Fury this summer, along with One Flew Over the Cuckoo’s Nest and A Clockwork Orange. Two summers ago, I read Octavia Butler’s books, Fahrenheit 451, and Ellison’s Invisible Man. And I’m 34.

It strikes me as odd, because I was in the Honors/AP English classes. I took lit classes in college and went to an MFA program, for Heaven’s sake. So I want 2015 to be a year of reading more classics. But not typical “classics,” i.e., dead white men. I don’t want only American writers, and I don’t want an emphasis on Northern writers, as opposed to Southern. Oh, we had Faulkner and Harper Lee in school. But what about Allan Gurganus, Randall Kenan, and Eudora Welty? Native American writers like Joy Harjo and Louise Erdrich? They were a treasure when I finally stumbled upon them in the bookstore. When I read Octavia Butler, Sherman Alexie, Dorothy Allison, and Annie Proulx, I wondered why I hadn’t read them earlier.

I need to come up with a new idea of “classic literature” for myself this year. I’m not knocking Nabokov (though he’s not particularly a favorite) or Fitzgerald. I just want classics that are overlooked; stories that need to be told but are pushed aside for “safer” stories. Maybe “classic literature” has multiple definitions for each individual.

What are your classics that you love, or return to again and again? How do you define “classic literature?”