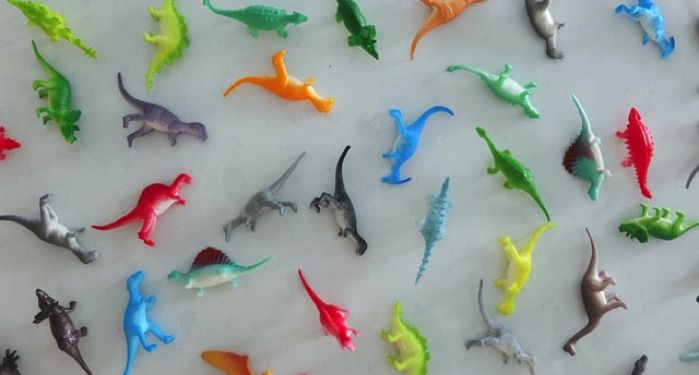 My personal journey with religion has been complex, to say the least. And how could it not be, when my parents baptized me into a faith that neither of them were a part of? My father grew up in a Congregational church, a Protestant church in the Calvinist tradition that was not part of a larger religious organization. By the time I showed up, he was something of a dabbler when it came to religion. My mother, on the other hand, was raised in a Byzantine Catholic church. She worshipped in an ornate, incense-filled church capped by gold domes whose services prominently feature chanting in a liturgical language called Slavonic. She’s someone who appreciates the pageantry of religion, and she values her church’s ties to her mother’s Slovak heritage.

Surely my mother wanted to keep her faith going down the matrilineal line, but there was no Byzantine Catholic church anywhere near where I grew up. So she chose the closest thing, Roman Catholicism. I was baptized in that faith and my parents sent me to Catholic school for eight years. Because my parents grew up in different traditions, my relationship to my religion was informed more by schooling than by family. And that’s where the trouble started.

Sowing the Paleolithic Seeds of Doubt

I don’t still own many books from my childhood, but I remember a lot of them were about dinosaurs. Many children, myself included, go through a dinosaur phase, eagerly devouring Cretaceous facts like Halloween candy. I was also lucky to have visited the American Natural History Museum in New York during that phase. Their impressive collection of dinosaur fossils lives large in my memory. Dinosaurs were simply astonishing. Not only could I read about them, but I could look at their bones. I marveled at their size, their majesty.

But dinosaurs were in conflict with what I was learning in school. My school didn’t take a particularly hard line on creationism, but it was certainly in the air. Enough for me to be profoundly troubled by it as a child. I had good reason to believe all these books about dinosaurs. The creation story from the readings at church didn’t make the same kind of sense to me. Not a kid who was great at talking about her fears, I spent a lot of time silently fretting I might be on a path to hell paved with dinosaur footprints.

As it does for many children, the dinosaur phase passed, though I still visit natural history museums with great excitement. That doubt, however, that sinking feeling that not everything I was being taught was true, stuck with me.

Fast forward to college, when I went through my Kurt Vonnegut phase. I sincerely hope everyone’s adolescence includes books that truly blow their mind. I can still envision exactly where I was when I read Cat’s Cradle, a book that upended my view on religion.

A plot summary has convinced me not to reread Cat’s Cradle. To be honest, it doesn’t look like it has aged well. But reading it back then was like being struck by lightning. I distinctly remember a passage in which characters discussed the meaning of life being recently discovered, and that it was “something about protein.” How I laughed.

Could the meaning of life be something so cold and sterile as protein? Was it true that once we’d figured it all out, it wouldn’t actually matter because life would continue apace? The rest of the book continued to skewer faith, portraying religions as explicitly human creations. I needed to read that; I’d been struggling so much with my Catholic faith. Since middle school, I’d disagreed with the church’s stance on such topics as abortion and homosexuality. Cat’s Cradle made me see the human machinations behind what was supposed to be divine. I walked away, light on my feet, freed from those childhood anxieties.

Unfortunately, along with this breaking of faith came a sense of disdain for religion. I’m not proud of the patronizing and arrogant thoughts I harbored, though I at least had the decency to keep them to myself. I also count myself fortunate that I wasn’t interested in atheism as a topic to read about or a community to align myself with. We’ve seen how many of the prominent voices in that field have turned out to be vile.

If we’re lucky, with age comes the ability to think things through with more nuance and generosity of spirit than the grip of adolescent angst allowed. That growth hasn’t led me back to faith, but I honestly think I can appreciate the promise of religion now more than I did when I was a part of one.

These days, I value stories with thoughtful portrayals of characters of faith. As a romance reader, I find such books quite frequently. Love from A to Z is one of the most astonishing YA romances I’ve read. I adored the depiction of Muslim characters in that book. In particular, I appreciated how they were able to articulate what they loved about their faith. A pervasive joylessness, among other things, had dampened my experience in religion. It was refreshing to see that wasn’t universal.

And it doesn’t stop there. A Holly Jolly Diwali, featuring a Sikh main character, gave me new insight into how one religious celebration can bring people together even if they view its significance differently. The Intimacy Experiment has a warm depiction of someone harmed by religion but opening her heart to its possibilities.

These romances showed me aspects of religions I don’t know personally. But Sierra Simone’s Priest series hits me where I live. Even though I remain distant from Catholicism, these daring books show imaginative possibilities for the faith that are unlike anything I could have dreamed up for myself.

I sincerely doubt books will ever deliver me back to religion the way they helped me slip away from it. But I appreciate this softer version of myself, the one who doesn’t silently stew in anxiety. I don’t hold myself apart from people who find joy in faith. Perhaps best of all, I’m at peace with the idea that finding meaning in life has little to do with proteins and a lot to do with the stories we share with each other.