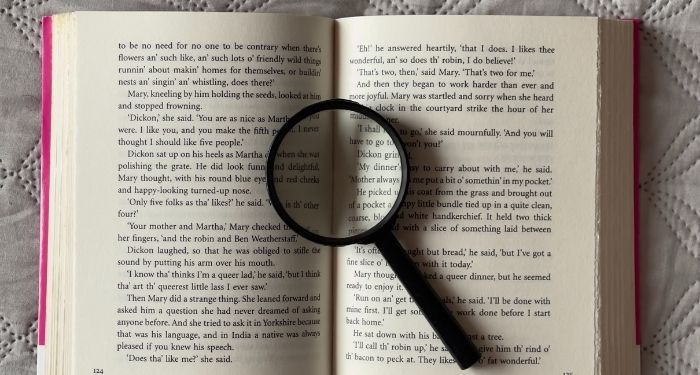 This article contains minor spoilers for How To Kill Your Family and A Good Girl’s Guide to Murder.

Technology has always shaped literature. One of the most interesting aspects of Dracula is the way it segues from the more traditional framework of Jonathan Harker’s diary entries and the letters between Lucy and Mina, to developing the story via the medium of Dr Sewell’s wax cylinder recordings. With the 20th and 21st centuries bringing a boom in technological advances, literature has adapted to feature, and often exploit, new tech as it becomes available. Epistolary novels have seen updates in the form of emails and texts becoming part of the narrative, and plots must adapt to take technology into consideration — for example, the resolution of A Good Girl’s Guide to Murder hinges on the heroine’s perusal of Facebook photos.

Smartphones, like other new technology, have had an impact on contemporary mystery stories. In many ways, they’ve presented a problem for mystery writers, in that they can provide a too-easy fix for various plot points. It’s unbelievable for the protagonist to have to go it alone in the final act when friends or the authorities are just the touch of a button away. The common mystery plot of a missing person becomes a knottier problem for a writer when so many people have apps like Find My Friends. For the same reasons that they’re such a useful tool in real life, smartphones can completely kill the tension of a mystery novel, and so the problem — or rather, the speedy resolution — they create has to be dealt with in some way. The rise in stories set in the 1980s may not just be because of nostalgia, and the fact that ’80s kids are now the adults creating new media — it’s also a historical sweet spot, where enough easily-available technology exists to help the protagonists solve whatever mystery they face, but communication is still restricted to landlines and face-to-face conversation, with mobile phones being the preserve of the extremely rich.

Of course, not every mystery writer wants to set their book in the 1980s, and so some have to get rid of their characters’ smartphones, sometimes in rather contrived ways. The Guest List by Lucy Foley takes place on a remote island off the coast of Ireland, where phone service is patchy at best. The destroyed or lost phone, seen in books such as Take Me Home Tonight, is also a common device used by authors to remove the problem of “why don’t they just call for help?” While authorial decisions like these eliminate a common plot stumbling block, it can be unsatisfying for the reader, feeling like the author didn’t want to adapt their narrative to the presence of this particular form of technology.

However, there are many mystery novels out there that have incorporated smartphones into the narrative in much the same way as people in the real world have incorporated them into our everyday lives. In Zakiya Dalila Harris’ The Other Black Girl, protagonist Nella uses her smartphone as another tool in investigating the unsettling new employee at her publishing company, whether she is exchanging texts with the mysterious figures who make up The Resistance, or keeping in contact with her friend Malaika while she searches her rival’s house. In Elle McNicoll’s Like a Charm, young Ramya has a smartphone which she uses to keep her parents updated on her movements around Edinburgh, but as she’s actively trying not to get her mother and father involved in her investigation of the city’s magical underworld, the option to call for help doesn’t come up. Similarly, A Blade So Black’s Alice hands her phone to her best friend Courtney, so that Court can pretend to be Alice in text responses to her mother while Alice fights monsters in Wonderland.

As with Dracula, there are some mystery novels that have embraced new technology, and actively build smartphones into the narrative, making them part of the plot instead of a stumbling block that must somehow be removed. One of the most successful recent examples of this is Karen M. McManus’s bestseller One Of Us Is Lying, a high school mystery thriller where the plot hinges on secrets released via an app, About That, run by Simon, whose murder kicks off the story’s events. As the story continues, more secrets are released through the app, and the ubiquitous use of smartphones means that the main characters and the rest of their school discover these secrets in real time. Smartphone apps are used as a similar central device in Gretchen McNeil’s gory thriller #Murdertrending, where capital punishment has been combined with reality television, and people can watch convicted criminals being hunted and killed on a prison island via The Postman app. In a less overt but equally compelling way, a smartphone owned by the protagonist’s cellmate forms a crucial part of the final twist in How To Kill Your Family.

While smartphones have presented a challenge to some mystery authors, others have used them as an opportunity, integrating them into the storyline and using them to elevate or shape the plot.

Readers who want more thrillers and mysteries that embrace new technology can find their next favourite read at 8 High-Tech Mysteries for When Social Media Turns Deadly. One of Us is Lying fans can find their next techy teen story at 6 of the Best YA Books About Teens Embedded in Technology.