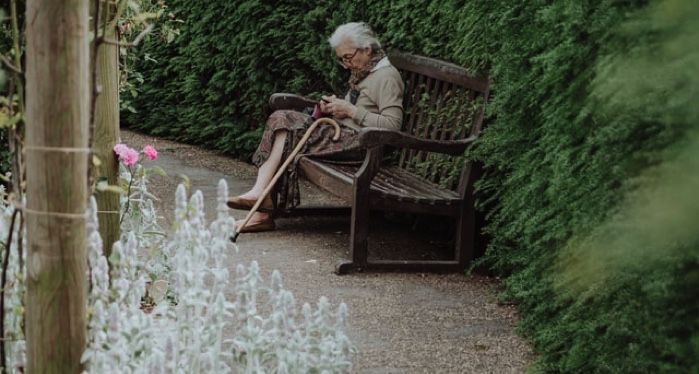 Fiction is home to a huge variety of characters, but heroes and protagonists often have one feature in common — they’re usually young. Depending on the genre, main characters are either children, teens, or youngish adults. Older adults rarely take centre stage; instead, they spend the majority of their time as side characters. Older adults often play specific archetypical roles in fiction, either guiding and teaching the main character, or being the face of frightening and malevolent forces that threaten the heroes.

One of the most frequent roles that older adults play in fiction is that of the wise old mentor, a guiding figure to the young hero. Sometimes, these older adults can be immensely powerful — think of Gandalf in The Lord of the Rings, Merlyn in The Once and Future King, or Merlin’s other counterparts in literature influenced by Arthurian stories, such as Merriman Lyon in Susan Cooper’s The Dark is Rising sequence. Modern examples include mentor figures like Ghost Squad’s Babette, witch and grandmother to heroine Lucely’s best friend, Syd, who gives the two girls pointers on how to deal with the malevolent spirit they’ve accidentally unleashed on their town. While the mentor figure is an interesting and often highly significant role within a story, there is a problematic element to their position in fiction — by taking the role of mentor, an older adult is by necessity a side character, rather than the central figure of the story.

There is a further issue with the role of the wise old mentor; it can often be highly gendered. While some mentor figures are women — for example, Terry Pratchett’s Granny Weatherwax in her first appearance in Equal Rites, where she takes on the role of tutoring the Disc’s first female wizard Eskarina — the majority are men. Older women in fiction often take a domestic role, supporting the main character in their home lives; for example, Wing’s two grandmothers in Wing Jones. At other times, the role of older women is much more antagonistic.

The concept of older women as threatening figures is so old it predates the printing press and the novel form; fairytales in particular have long featured the archetypes of the evil stepmother and the wicked witch. This archetype repeats in various malevolent older women in fiction throughout the ages, from Dickens’ Miss Havisham and Rebecca’s Mrs. Danvers, to more supernatural iterations like the titular The Woman in Black. There have been many discussions on why older women are often depicted as evil in fiction, but some of the most frequently-mentioned reasons include society’s sidelining of older cis women when they are no longer fertile, and the subsequent fear of a figure that occupies a space outside of society. This may also be why older cis men often occupy the mentor role rather than an antagonistic role; under patriarchy, older men are not sidelined in the same way as older women.

Of course, the longevity of the wicked witch and evil stepmother stereotypes means that many stories have deliberately subverted them. While Granny Weatherwax was a shared protagonist in Equal Rites, she becomes a central figure in Pratchett’s later books about the Discworld witches, at one point becoming so powerful that a clan of vampires who drink her blood end up craving tea and biscuits, taking on her traits rather than putting her under their thrall. Like Granny, many of Pratchett’s other witches are older women who are not particularly nice, but certainly not “wicked.” Instead, they guard their communities and encourage people to become the best versions of themselves — sometimes with kindness, and sometimes by striking terror into people’s hearts.

While many examples of fiction focus on young protagonists, literature is a medium in which older adults take centre stage slightly more often than, for example, film or television. One of the reasons for this may be the nature of ageist prejudice — the older adult literary character doesn’t have to be played by a real human being, and so the context of discrimination based on an older body’s physical ability or appearance is not relevant to the creation of the character. One of the benefits of literature having more space for older protagonists is that the centering of older adults in fiction can translate into real-world opportunities for older actors, if the novel they star in is picked up for adaptation.

One of the most prominent older adults in fiction features is in a series by the world’s best-selling novelist — and best-selling author after Shakespeare and the Bible. Miss Marple, the creation of Queen of Crime, Agatha Christie, is a little old lady who lives in an idyllic rural English village, and who uses society’s ageist prejudice against her — making the most of the fact that the majority of people underestimate her — in order to solve the diabolical murders that she encounters. Miss Marple’s uncanny abilities as an amateur detective are contingent on her social position as a “nosy old lady;” she has learned about human nature through a lifetime of observing the other people in her village, and she often overhears vital information because, as an elderly woman with a knitting project perpetually on the go, she can sit in plain sight and be completely overlooked.

Another old lady detective, albeit a much more heart-tugging interpretation of one, is Maud, the protagonist of Elizabeth is Missing. Maud is an elderly woman with Alzheimer’s, who is growing increasingly concerned about the wellbeing of her best friend Elizabeth, whom she hasn’t seen in some time. However, no one around Maud seems concerned. As Maud tries to find her friend, her illness grows worse, and the narrative becomes more and more fragmented as her memory fails her. While the reader spends much of the narrative feeling heartbroken for Maud and her increasing confusion, the story still centres her as a caring and proactive figure who wants to solve the mysteries of what has happened to her best friend, and what happened to her long-lost sister.

While there are fewer older adults taking central roles in fiction than there are younger people, there are many authors taking steps to address this. In an essay on her writing, Booker Prize-winner, Bernadine Evaristo, talks about representing ‘the richness of older women’s stories, while the popularity of books like The Hundred Year Old Man Who Climbed Out of the Window and Disappeared shows that readers are happy to embrace very elderly people as interesting and proactive protagonists. Perhaps with a greater focus on diversity in literature, we will see increasing numbers of older adults in fiction being the heroes of their own stories.

For stories with older protagonists, browse our list of 50 Must-Read Fiction Books Featuring Older Women. Romance fans can get recommendations from the essay Does Romance Need More Older Protagonists?