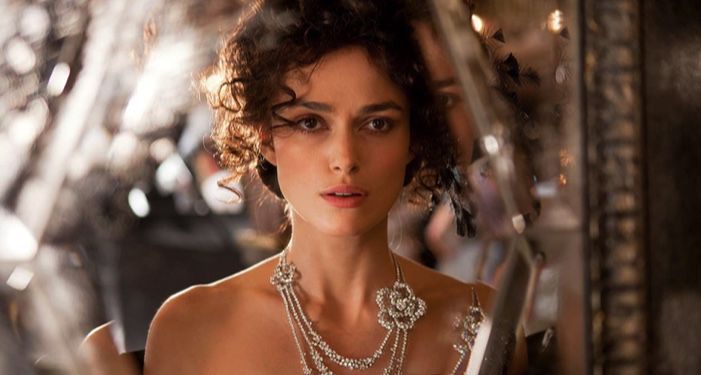 At the beginning of pandemic lockdowns last spring, I caught up on classics I’d never read, including Leo Tolstoy’s Anna Karenina and its 2012 movie adaptation. The story — of Anna, whose husband Alexei Karenin is a politician 20 years her senior, and her passionate affair with Count Vronksy — is familiar to most readers. While wondering when I could go out in public again, I thought of the ways Anna and Vronsky’s story blurs the line between public and private life. Some people might consider the blurring of private and public aspects of life a recent phenomenon, but this novel suggests these boundaries could be porous in 19th century Russia — at least among the aristocracy.

Anna and Vronsky’s affair is shockingly public. They first meet at a train station, and once the relationship becomes sexual, they often meet at the theater or horse races. In the 2012 movie, they even have sex outside in an open field. Although movies from the 2010s were way more frank about sex than 19th century novels were, this movie scene makes the public nature of their affair undeniable.

Trains are also public spaces that feel deceptively intimate to Anna and Count Vronsky. In 19th century literature, trains often symbolize modernity. Before the invention of trains, each town square kept its own time. After railroads were built, countries standardized their time. For Tolstoy’s characters, the train is a novelty that revolutionizes life and connects them to western Europe. Most aristocrats in the novel speak French as a second language and watch plays and operas from western Europe.

Of course, trains are also integral to the book’s plot. Anna dies by suicide in public, by throwing herself under the train. Maybe she does this partly because she feels she’s already been publicly humiliated.

As an aristocrat, Alexei Vronsky lives in a liminal space between public and private life. In more recent history, the internet has made this more common, but it was always possible, especially among the upper class. Vronsky thinks monogamy is only for poor people, “the class of old-fashioned and ridiculous people. But there was another class of people, the real people. To this class they all belonged, and in it the great thing was to be elegant, generous, plucky, gay, to abandon oneself without a blush to every passion, and to laugh at everything else.” He has contempt for anyone he considers common or sincere.

When acquaintances recognize Vronsky and Anna together at the theater, Vronsky can tell that she is “undergoing the sensations of a man in the stocks.” The stocks were public punishment that subjected people to scrutiny and public humiliation. Poor people convicted of crimes prior to the 19th century were often sentenced to the stocks. Anna is not only humiliated but feels socially degraded.

After they leave the theater, Anna says to Vronsky, trailing off, ”If you had loved me…” Anna is implying: if you’d loved me, you wouldn’t have let me subject myself to scrutiny. Vronsky doesn’t care about the public scandal and wants Anna to divorce Karenin to marry him. Karenin, Vronsky, and Anna all have totally different expectations and dealbreakers about marriage and infidelity. As a government official, Karenin is all about external appearances over private happiness. He finds the scandal of Anna’s affair more humiliating than the infidelity itself.

During one of his horse races, Vronsky is thrown from his horse. Anna cries when he falls, then expresses relief when he is unhurt — publicly revealing her true depth of emotion for him. This is a turning point in the novel and in her marriage to Karenin.

People have always had extramarital romances, but the politics in Anna Karenina seem as timeless as the affair. In late 2012 in The Atlantic, Rich Bellis compared the aristocrats’ conspicuous consumption in the 2012 movie to the excesses of the recent U.S. presidential campaigns. Vronsky’s friend Levin, another aristocrat, prefers working on his farm to attending the lavish events Vronsky enjoys. Levin’s chosen lifestyle is the 19th century equivalent of living off the grid. It’s also a way for shy Levin to escape public spectacle.

Today, anyone with internet access can aspire to some degree of fame. People also share gossip about celebrities’ relationships and breakups. Living our lives in public and blurring public and personal lives may seem like a recent phenomenon. In previous eras, this scrutiny and speculation looked different and was almost exclusively for aristocrats. Anna Karenina shows how exposing private lives can be humiliating. Although the specifics have changed, this is part of what makes Tolstoy’s novel seem timeless and relatable.

Is There a Right Age to Read Certain Books?