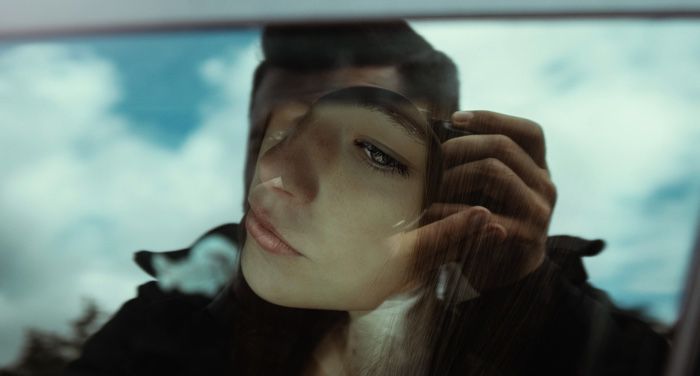 I’ve been reading all of my life, but I can probably only count on one hand the number of times a book has had such a profound effect on me. Not just the typical, “Wow, I loved this, I must tell everyone about it and make it my whole personality for three to six weeks.” No, I’m talking about when it feels like an author’s story and words have reached inside of your soul and squeezed as hard as they possibly could. The kind of book that, no matter how many copies you already own of it, every time you see it in a bookstore or library, you have to hold it in your hands for a few seconds, maybe even clutch it to your heart.

Sure, one could argue I could be a bit biased against The People We Keep. I’d been social media friends with its author, Allison Larkin, for a few years when, in the midst of quarantine cabin fever and pandemic-exacerbated mental illness, I launched a Q&A interview series for my website. I started reaching out to public figures I knew and loved, hoping they’d be interested in taking part. Allie immediately agreed, but later asked if we could hold off for a few months before she could officially talk about exciting news: her new novel, her first published under her full name, was coming in 2021. She revealed the cover with me during our interview, and was kind enough to offer to send me a copy when it was finished.

When I first read The People We Keep last summer, it wasn’t hard to describe my mental state as…not great. And unlike previous low periods of mental health, it was caused by a year and a half of living in crisis mode stuck in my house, suddenly faced with returning to in-person society without having fully processed the excessive amounts of trauma brought about by the pandemic. All of this to say, reading Larkin’s latest novel — about a young girl leaving unloving beginnings to find her place in the world — amidst these upheavals was making me emotional enough as it was. Then throw in the fact that The People We Keep is a genuinely beautiful and moving story, and I was a wreck by the time I turned the final page, having a good little cry over it for a few minutes afterward.

It’s 1994 in Little River, New York. After “borrowing” a neighbor’s car to go perform at an open-mic night, 16-year-old April Sawicki realizes that life has the potential to be so much more than she’s ever known. Leaving her small town and planning to never look back, April chronicles her life through the songs she writes and the people she keeps, yearning for the ability to stop running away from love and from herself. Championing the power of self-love and found family, Larkin more than reminds us throughout The People We Keep that there is always beauty to be found in chaos, and that this life is ours to choose.

I developed such a profound personal connection to the novel, one I soon realized was because of how The People We Keep handles found family. It’s a common literary trope, where a protagonist goes through a period of personal anguish only to finally realize that they get to choose who their family is. But it’s not a trope that is commonly explored as thoroughly in mainstream fiction as it is in Larkin’s novel, considering that “found family,” at least in my reading of it, is pretty much synonymous with queer — given that queer people are so often disowned or ostracized from their given families that they’re forced to learn how to adopt chosen family members into their lives.

April isn’t written as openly queer, and while The People We Keep does incorporate some gay secondary characters, the novel’s central themes don’t explicitly cover queerness. But in order to successfully implement the found family trope, as Larkin certainly does here, it’s impossible, at least in my opinion, for it to not read as queer in some way. “And I try to picture it. This little bit of future that could be mine,” ponders April. “A friend and a fire and no one feels wrong. It’s the first time I’ve ever thought of getting older in a real way, where I can picture myself as someone different, not just me right now in a different situation. There’s a new person waiting for me to catch up, and maybe she’s happy. Maybe she belongs right where she is.” What queer person hasn’t grown up feeling wrong?

I thankfully cannot relate to April’s narrative in terms of having uncaring parents or needing to leave home early, but her sense of aloneness in the world is one that I’ve carried with me since childhood. Whether it’s the fact that I’m an only child, an introvert, or gay, I’ve always carried some anxiety and anticipation for the day when I would truly be on my own, needing to figure things out for myself and perhaps use roads that haven’t yet been paved.

Maybe it was the depression speaking, but as I got older, I had a sense that life would only get harder. I, too, struggled to picture myself as someone different, someone grownup and together, not just me right now in a different situation. But maybe he, too, could be happy. Why hadn’t I ever given any weight to that possibility? It’s a question that people should only have to face in early adulthood, but April has to face it much earlier on in life, and it comes to bond her with her reader.

Perhaps it was just that I had trauma bonded with The People We Keep during a time when I had too much time to spend at home overthinking every aspect of my life and future. But because I had to buy the paperback as soon as it came out, I reread the first 100 pages or so and found myself getting emotional in the same ways I had the first time. It served as a reminder that life didn’t actually stop altogether during the worst parts of Miss Rona, even though it felt that way. I was still living, and so was April, ready to live again whenever I felt like opening her pages. I found her, and she became family.