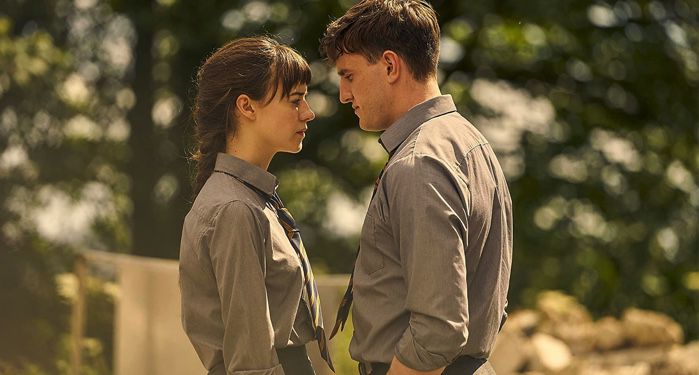 It’s not very often that your own past cultural context becomes a topic of debate on national radio, but the recent television adaptation of Sally Rooney’s Normal People did exactly that. I left Ireland some five years ago and moved to London, but much of my Twitter feed is taken over by Irish people, themes, and conversations.

Rooney has been something of a literary sensation since her debut, Conversations with Friends, lauded for her ability to make the universal personal and creating interesting characters with real spark. I liked Rooney’s work because I could see my own friends in it, sharing the same generation as her characters (and Rooney herself) in an Irish university. 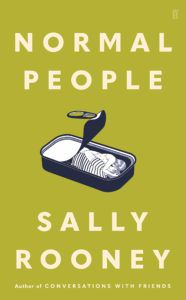 I found nothing untowardly controversial in Normal People — the entire title fitted, I figured, since the relationship between Connell and Marianne isn’t dissimilar to many I saw in my years at university, tales of lovers weaving back and forth, one often lost and the other riding high, both of them trying to find their place in the world. The book touches on topics too close to home for people in Ireland, including suicide, and tackles the not-so-easy years presumably everyone goes through when they’re just trying to work out who they are.

The book was picked up by the TV people and those clever souls made it a visual hit, the navigation from small town Ireland to the central world of Trinity College Dublin making even hardhearted people like me a little lonesome for home (I should note that I hated my time living in Dublin, and never fell in love with the city, so this is an especially good review for the makers of the show).

You can imagine my surprise when I logged into Twitter a few weeks ago to find half the population of Ireland riotously laughing as Normal People was discussed on Liveline, a radio show focused on interviews and phone-ins. The tweeters were right to laugh, because the phone-ins to Liveline compared Normal People to “a porno movie”, noted that it was “sexualising our young people” and in one case, someone referred to Marianne as a “slut”. The radio presenter Joe Duffy pushed back against the use of the term, but he was deluged by comments from callers stating that the show was “filthy”, while some spectacularly interesting people called in to say they didn’t think it was realistic to show 17-year-olds driving or in pubs (17 is the legal driving age in Ireland and I have yet to see an almost-adult removed from a bar there). There were callers who said that it simply shouldn’t be on the air. 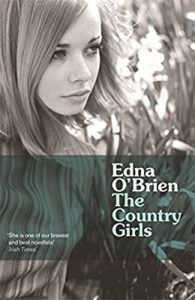 Liberal Ireland is celebrating its recent victories, including the constitutional acceptance of marriage equality and an opening up of laws around abortion. But there is no denying that somewhere in the background, a vocal minority in Ireland still consider that some art — perhaps notably art by women or about women — is to be policed. I spoke to my father about this and he agreed, noting that for his generation it was Edna O’Brien’s The Country Girls which caused outrage for its alleged debauchery. The Country Girls was widely disdained in Ireland and was subject to censorship for years. O’Brien won a Kingsley Amis Award for it, but in Ireland the book was subject to literal burnings, including one in the Prime Minister’s own constituency.

The 1929 Censorship Act in Ireland saw over 1600 books banned outright. Under the terms of the Act, Margaret Sanger and Marie Stope were banned, but somehow James Joyce avoided this fate, though the British burned his work and Ulysses was banned in the U.S. for several years. Of course, there were more male authors than female, and many very famous books by men have been subject to censorship: The Catcher in the Rye, Brave New World, Borstal Boy. But Ireland also banned scientific, necessary work about reproduction and sexual health; work that inherently affects women, and affects women of colour, working class women, and trans women even more.

There are so many people hurt by the moral standards of a given day — and those moral standards of Ireland’s Catholic past belong in the trash. I thought those standards were long gone. But here, on the radio, the old Ireland and the new went toe to toe, talking about girls “getting into trouble”, about sex before marriage, about sin.

The things we think are in the past are all too ready to rear their heads anew, and I had forgotten that. The policing of bodies and rights continues, both in and outside the books we read — in Ireland this relates specifically to women, trans and nonbinary people, as well as people of colour who have joined our community from afar. Sometimes, I am thankful for the small island I came from, and sometimes I realise that it too has its imperfections. In other countries, like the UK and U.S., this policing of body and experience knows fewer limitations, directly impacts many more people, and is often much more serious than a tepid piece of chat on a radio show.