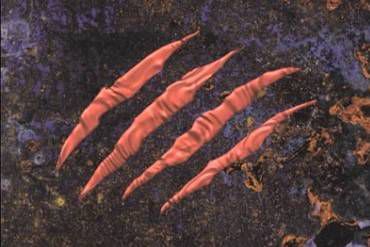 If you’re currently rushing to your desk to sketch a Venn diagram in order to find out just where my wackadoo passions all join hands and skip together happily forever, let me save you the trip. They all meet in a roleplaying game called Werewolf: The Apocalypse . Stay with me for a second. 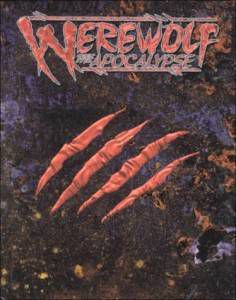 It’s a game that is so richly ’90s, so rich with imagination, and so rich with myth and with literary references that it ended up doing my creative and intellectual development some real good.

I was introduced to the pencil and paper roleplaying game at a sleepover when I was about twelve, that formidable age when my imagination was getting all my growth spurts while my body had to wait its turn. And while a game about werewolves that essentially act as environmental terrorists to preserve Gaia—their earth mother spirit—might seem like a mindless, violent, and hyper masculinized way to spend several hours every weekend, it actually opened me up to things I might not have otherwise encountered, at least for a long while. For example, the general pronoun referred to in the game’s sourcebooks: she. She! I had never before realized how unusual this was—as a young dude, the ubiquitous male pronoun was basically to me invisible. But reading about the characters and players always referenced as “she” just about melted my young mind in a totally great way. It was my first baby step into being aware of feminism, about my own privileges, about trying to include to excluded.

It was also my first step into pretending to be a werewolf. Obvi.

Several sections in the rule book and its many, many supplemental sourcebooks include quotes relevant to topics like the spirit world, werewolf society, the suffering of the nature at the hands of humanity, and howling. You know. Typical werewolf business.

These snippets opened doors to other places I had never journeyed—into many books of poetry, into many collections of essays, into history, and into fiction I’d never heard of.

I’ve ruminated over my library and I’ve found these selections that I know, with no shadow of doubt, I owe to my many readings of Werewolf material. 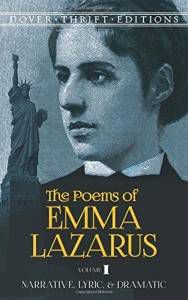 “The New Colossus,” by Emma Lazarus (which you can find in The Poems of Emma Lazarus ). Okay, I need to beg forgiveness here for a sec. The Fourth of July is one of my favorite holidays unironically, and I love the American potential to be a force for good and a beacon of pioneering and personal freedom. And I had never known until I read through the Bone Gnawers Tribe Book that the words inscribed on the book that copper lady is holding were written by Emma Lazarus, who also wins the Best Name In All of Poetry Traveling Trophy. But I learned, and I will never forget her and her reminder that we—American, humanity—can always do better for each other. 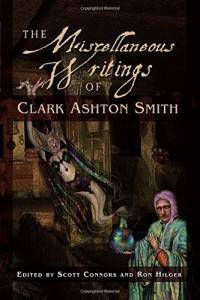 Clark Ashton Smith’s “The Hashish Eater,” found in The Miscellaneous Writings of Clark Ashton Smith . The chapter in the second edition of the Werewolf: The Apocalypse core rule book dedicated to the art of leading the game (sort of like the Dungeon Master from D&D if that helps), which they call Storytelling, begins with this line by Smith: “Bow down—I am the emperor of dreams.” Um. Just read it again. Maybe out loud while standing on your desk. If, like me, you’re on the lookout for a bookish tattoo, this should maybe make it onto your shortlist. Smith kind of ran with the same pack as H. P. Lovecraft—that dark, mythical, sort of swampy fiction that is delightfully locked in a time when science fiction and fantasy were young, wriggling genres so maybe his stuff is an acquired taste for some. But I think of that opening line often, and it makes me feel connected to something ancient, and huge. I’m talking about the art of telling tales; I’m not talking about Cthulu. Or am I? 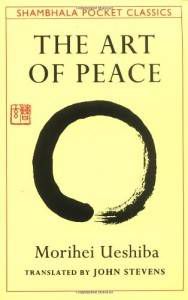 The Art of Peace , by Morihei Ueshiba. One of the thirteen tribes of werewolves in the game that took me a while to appreciate were the gentle and contemplative Stargazers, and in the pages of their tribe’s supplemental book I found this gem written by the developer of Aikido. While many martial arts enthusiasts will draw your attention to The Book of Five Rings, my own gentle and contemplative spirit was drawn to lines such as “Your voice is a powerful weapon. When you are in tune with the cosmic breath of heaven and earth, your voice will produce true sounds.” To a young, aspiring writer always on the lookout for authenticity this sentence kept me fired up for years. Peacefully. But fired up nevertheless.

I am sure there are other books on my shelves that I owe to this game, but those are three that each moved me and stuck with me—that bite me and changed me, you might say.