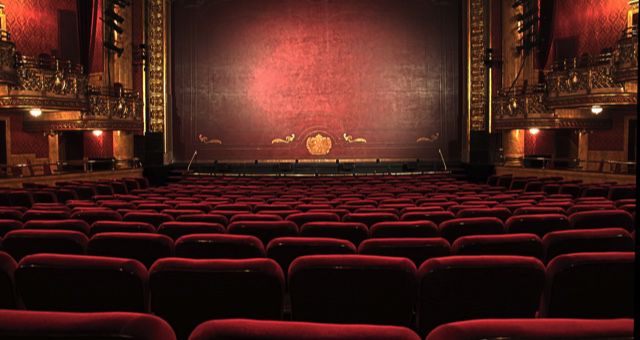 Sandra Cisneros’s The House on Mango Street was first published 35 years ago in 1984. It is not hard to believe that her timely novel still resonates with readers and is celebrated all across the world. It is just that good. So, as the literary world celebrates this amazing coming-of-age novel’s anniversary, Cisneros has stated that she is now collaborating on turning her novel into an opera. I wonder who will play Esperanza?

When asked the question, “And you’re collaborating on turning The House on Mango Street into an opera, too?” Cisneros told American Libraries Magazine:

“Yes, it will be an opera, and I’m so thrilled. My mother would love that. She was a big fan of opera, and she would borrow records from the library and sing along with them because she had a beautiful voice. She couldn’t understand what she was singing, but she followed the words. She would say ‘Sandra, listen,’ and just open her mouth. The composer Derek Bermel approached my agent. He wanted to do a suite of songs [based on The House on Mango Street], and he sent along a sample of what he does. It made me cry, it was so grand and so filled with emotion. I started blinking back tears. So he created the suite. I loved it. I thought, ‘I can get into this.’ And then he said, ‘Would you like to work with me and expand it into an opera—and would you like to do the libretto?’ I said, ‘Isn’t that a lovely word, libretto? I would like to add it to what I can do.’”

The rest of her conversation with American Libraries Magazine can be found here. 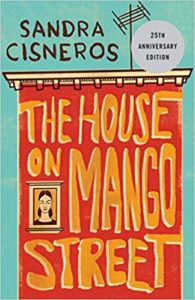 For those of you who have never read The House on Mango Street, it is a remarkable story told in vignettes about Esperanza Cordero, a young Latina girl growing up in Chicago, inventing for herself who and what she will become. Acclaimed by critics, beloved by readers of all ages, taught everywhere from inner-city grade schools to universities across the country, and translated all over the world, The House on Mango Street is truly remarkable. The novel won the Before Columbus Foundation’s American Book Award in 1985 and is required reading in middle schools, high schools, and universities across the country. It has sold over six million copies since its initial publication and is still selling strongly.

Cisneros is a prolific Latinx author and her body of work is unmatched. I believe it is truly unparalleled. Among her plethora of awards, she was also awarded the 2019 PEN/Nabokov Award for Achievement in International Literature. The prestigious prize is awarded annually to “a living author whose body of work, either written in or translated into English, represents the highest level of achievement in fiction, nonfiction, poetry, and/or drama, and is of enduring originality and consummate craftsmanship.” This year’s judges were writers Alexander Chee, Edwidge Danticat, and Valeria Luiselli. They explained: “Sandra Cisneros has said that she writes because ‘the world we live in is a house on fire and the people we love are burning.’ In a formidable and awe-inspiring body of work, which includes fiction, memoir, and poetry, Cisneros brings us astounding and lyrical voices from burning, maligned, devastated, as well as reassembled houses, and nations. It’s hard to imagine navigating our world today without her stories and her voice guiding us towards needed much reclamation and endurance.” You can read more about the award here.

Let’s continue celebrating The House on Mango Street, Sandra Cisneros and the fact that her work will always be considered legendary classics. Here’s to hoping I can one day see the opera. What a treat that would be.