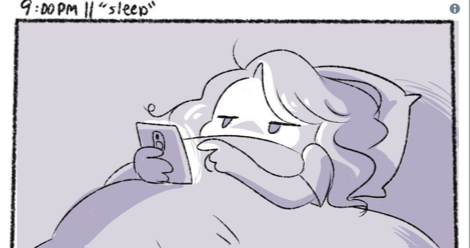 In early February, comics creators, illustrators, and other creative people around the world come together for Hourly Comic Day, which is exactly what it says. Creators make a comic, every hour, about their day, or maybe about things they’ve been thinking about. They can be rough, sketchy, pencil comics, or more polished and colored illustrations of their day. What I love is that there are no guidelines or hard and fast rules. Just a day that everyone collectively agrees to create and post comics. I took my time this year, going through the hashtags and bookmarking posts to read later. And while this is a bit more belated than I intended, I’ve rounded up a collection of Hourly Comics, including both established and new creators, to peruse at your leisure.

Happy hourly comics day, I’m going to try and drip less water all over myself for the rest of today thanks #hourlycomicday

Look at that, I actually found time to do #hourlycomicday2018 #HourlyComicsDay #hourlies

Finally – all my hourlies in one place. Featuring lots of meowing, food, and a concert. Then more meowing. #hourlycomicday #hourlycomicday2018 #hourlies #betterlatethanmeow #meow

Hourly Comic 2018 PART ONE- I really wanted to participate in hourly comic day on 2/1/18 this year… but I didn’t realize it was a thing until I saw others posting it. So here’s my day from Saturday the 3rd, I really enjoyed making this thank you for reading! . Part two will be up tomorrow 🖤 . . . . . #hourlycomicday #hourlycomicday2018 #hourlycomics #comic #cute #artistsoninstagram #cartoon #myday #blackandwhite #illustration #childrensbookillustration #penandink #freehand #pen #pentel #blackink #simple #crude #drawing #sketchbook #sketchbookartist

Looking for more? Check out Hourlies 2016 Round-Up: The Cuteness of Diary Webcomics and all of our comics discussions.