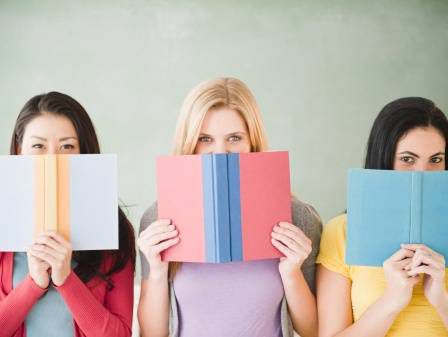 This is a guest post from Heather Bottoms. Heather is a used book lover, theatre geek, and compulsive volunteer. When she is not curating her Little Free Library, she is working at her local community theatre and over-preparing for book club. She hosts book swaps, leads an LGBT-themed book club for her local PFLAG group, and loves nothing more than to see people bonding over books. Heather lives in Tennessee with her computer geek/musician husband, and they love hanging out with their three adult children, all of whom love to read.

2017 was a rough year. For me, the awfulness seemed to peak in September. I had friends and family going through terrible trials, I appeared to be experiencing the first hideous flashes of menopause, and every morning it seemed the world woke to a new disaster. The political climate had become so toxic that the very idea of civil discussion seemed utterly impossible. I was finding myself thoroughly overwhelmed by a world that seemed to be imploding. I realized I needed to attempt an escape from the swirling quagmire of depression.

I made an appointment with my therapist, vowed to start exercising, and decided to reach out for some positive human interaction. I sat down at my computer and opened up Facebook, which knowingly asked me, “What’s on your mind?” Instead of typing “the whole world is a hopeless dumpster fire,” I remembered my quest for mental stability and posted an invitation to my annual Book Swap.

Two weeks later, a bunch of glorious fellow readers marched up my front steps, like a parade of miraculous book fairies, and rescued me from my dark pit of despair.

There were sixteen of us, men and women, LGBT and straight, old and young, ranging in age from early twenties to mid-seventies. Everyone knew at least one person, but no one knew more than a few. It was a lovely hodgepodge of my reading friends and the bookish folks they brought along. As people arrived, they buried my coffee table in books, which proved as varied as the people who brought them—a memoir, a graphic novel, some YA fiction, fantasy, contemporary fiction, and nonfiction.

As we all settled into my tiny den, wedging into the couch and teetering on folding chairs with glasses of cheap wine, everyone was asked to choose a book-related question I had created to prompt discussion. As we went around our makeshift circle, each was asked to answer their chosen question and take a moment to pitch the book they brought. This was when the powerful love of books transformed strangers into friends and gave even the most timid participant the courage to speak. It was positively magical. 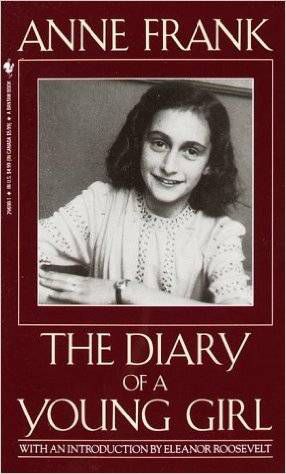 A reserved grad student mathematician spoke about reading The Diary of Anne Frank when he was thirteen and realizing that Anne had experienced all the same pubescent confusion that he was feeling at that time. The nonfiction lovers, clearly a minority in the group, seemed to exchange a non-verbal “high five” across the circle of chairs as they identified each other and grinned in solidarity. My fifty-something accountant friend recounted how he came to love his favorite book East of Eden. One woman confessed how much she hated The Goldfinch even though everyone else seemed to love it, which prompted a general survey of criteria for bailing on a book. There were exclamations of, “Me, too!” and, “Wait, let me write that down,” when an interesting title was mentioned.

By the time the actual book swap began (a Dirty-Santa-type game which involved drawing numbers and some strategic “stealing”), everyone was pretty comfortable going after the books they wanted. The oldest member of the party was completely intrigued with the idea of graphic novels, which were new to her, and made a beeline for Alison Bechdel’s Fun Home. My husband, a hardcore nonfiction reader, totally surprised me by selecting No Country for Old Men, saying that the film student who brought it pitched it so well that he couldn’t resist giving it a try. One young woman declared, “I’m ready for a commitment!” and claimed the entire Game of Thrones series that everyone else had deemed too daunting. It was evident that we had truly listened to each other and, compelled by someone else’s recommendation and passion, had been stirred to try a different genre, seek out an unheard-of author, or learn something new.

I had hosted book swaps before, and they had always been wonderful, but there was something about this one that pulled me out of my funk. It gave me some much needed perspective and hope. Seeing a bright, energetic twenty-three-year-old walk out the door with my friend’s beloved East of Eden tucked under her arm, I was reminded that people can still learn from each other. It turns out that asking a person to tell you what they love, and taking the time to actively listen to their answer, is a profound and life-giving interaction. Books create conversation, conversation creates community, and community gives hope. And for that I am deeply grateful.