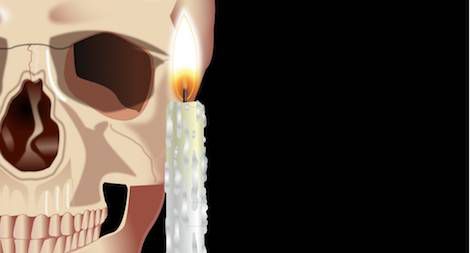 It’s Halloween, the best holiday for those of us who are never happier than when a werewolf is breathing down our necks or vampire bats are invading our belfries.

It’s basically Christmas for your spooky friends, so why not treat them to a special edition of a horror classic to help line the shelves of their gothic mansion’s library? Below are a list of some of the most beautiful bloody books out there, any one of which will make their telltale hearts pound extra hard. 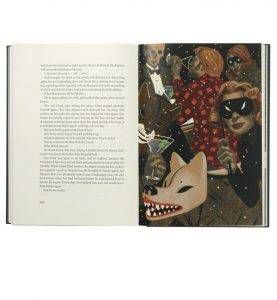 The Folio Society is basically Tiffany for book lovers, exquisite illustrated editions that hurt the wallet but heal the heart. This version of the King classic is no different, giving a new look to the old characters. This isn’t the only horror choice available, but it’s one of the most distinctive and almost any fan of the genre stumbled across this in the library when they were but knee-high to a creepy bartender. Warning, the urge to get some of the illustrations tattooed onto your skin will be intense. 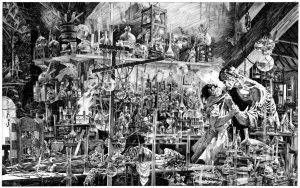 Shelley is a seriously hardcore horror dame. She created one of the most iconic monsters that exist in the genre, and still manages to create a story that is as emotionally affecting as it is scary. The detailed illustrations of Wrightston capture the mood of the story with dark accuracy, your eyes will want to devour the inky images for hours. 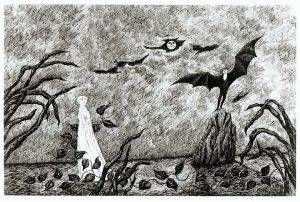 Gorey created a broadway show based on the tale of Dracula, and his love for the exsanguinated story shines through in each of his drawings. He was Tim Burton before there was a Tim Burton, and his style fits perfectly with the strange story of the old count and his passion for blood smoothies. 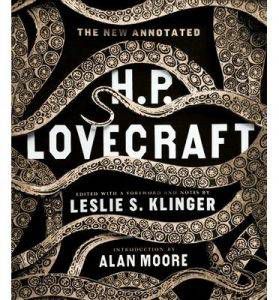 HP Lovecraft was, it’s now known, a pretty awful person with some pretty awful ideas. If you can suppress that knowledge in your mind then he’s also a key part of the horror canon, building a cult following around his creation Cthulhu and influencing writers and film-makers for decades after. 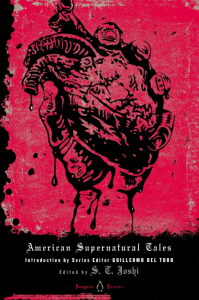 Once you peel back the stunning cover on this collection you’ll find dark treats from H. P. Lovecraft, Shirley Jackson, Ray Bradbury, Nathaniel Hawthorne and Stephen King, all selected by Guillermo Del Toro. Del Toro is the director behind Hellboy and Pan’s Labyrinth, but he’s also an obsessive horror fan with a passion for the printed words. You’re safe in his hands. 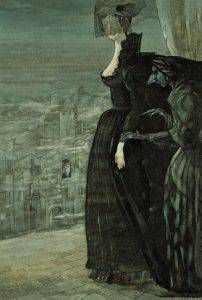 The Bloody Chamber and Other Stories by Angela Carter
See? It turns out the Folio Society is so good at its job that I couldn’t get through this list without throwing another one of its editions into the mix. Take a look at this tome and see why. Carter’s dark fairytales had a huge impact on me growing up, especially The Company of Wolves, and the images here absolutely do that impact justice. 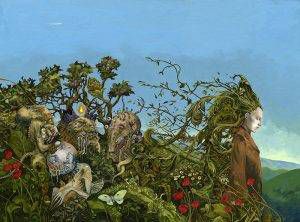 Barker is the weird older brother of the current crop of horror writers, his stories playing on the age old combination of sex and (very gory) death. This isn’t an easy special edition to get hold of with only a small print run of three fan flavors – an entry level gift edition, 350 numbered editions and 15 very fancy lettered editions. Whichever one you get you’ll be treated to the classic dark fantasy made all the more evocative by the illustrations of Richard A. Kirk. 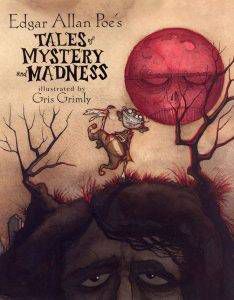 The Black Cat, The Masque of the Red Death, Hop-Frog, and The Fall of the House of Usher get a makeover thanks to illustrator Gris Grimly. This special selection makes a perfect present for the junior fear fan in your life -tales death and darkness always make the perfect bedtime stories. 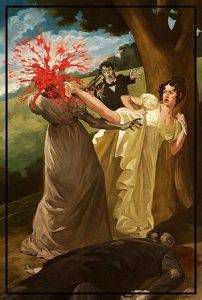 Pride and Prejudice and Zombies: The Deluxe Heirloom Edition by Jane Austen and Seth Grahame-Smith

The literary mash-up is a bit of a guilty pleasure for me and proof that almost everything is better with added monsters. This fancied up version of the book that made them trendy again comes with new oil painting illustrations and a promised 30% more zombies than the vanilla edition. 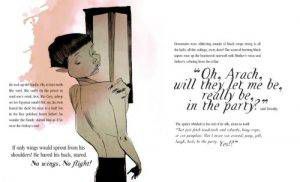 The Homecoming by Ray Bradbury

Here the words of Ray Bradbury and the art of Dave McKean combine to bring the classic tale of a vampire family reunion back to life.