When I was a kid, about 15, I read Stephen King almost exclusively. I loved the terror and revulsion I felt while reading his books…Carrie, The Shining, Salem’s Lot. The only one that I found too scary was Pet Sematary. When I finally decided to stop reading it, I threw my copy out completely, iffy about letting it linger in the house. My version of Joey keeping The Shining in the freezer on Friends.

Maybe that was my first clue as to how what I find scary would change. I couldn’t handle the idea of a man’s family…his wife, kids, and pets with a pall of death hanging over them. It was too much loss waiting to happen. Still, horror for me as a tween, teen, and even into my 20s was about the supernatural and gore.

Now, as a thirtysomething with my own family, horror is even more about the threat of loss and pain. Books that endanger children are almost impossible for me to read, especially when those children are somehow in danger of being separated from, or completely losing, their parents.

I can see myself in these books far more than any traditional horror novel. 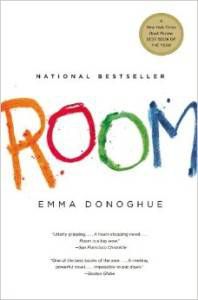 I read Room, by Emma Donoghue, several years ago with assurance from friends that it was worth the struggle. Jack, five years old and imprisoned in a garden shed with Ma, was not going to break my heart in the way I expected. That was true, but it did break my heart. Ma was used and abused, Jack was dependent on Ma, but also brave and selfless, and the book made me chew my nails nearly bloody with anxiety. I first tried it on audio, but hearing a voice I could associate with a five-year-old was more than I could handle. While it was worth the read, I’m not sure that I’d even try it now. 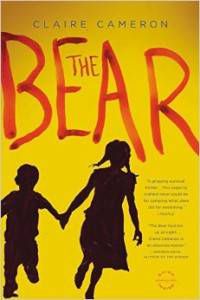 The Bear, by Claire Cameron, is another children-in-danger book that I haven’t really even considered because it makes my stomach churn to think about it. A rogue black bear attacks 5-year-old Anna’s family camp site. There are wishes from her dying mother, the girl ends up trying to save her brother, and they have to survive in the wilderness. I’d love for you Riot readers to tell me if this one is like Room and worth the heart attack of reading it.

And finally, in a similarly stressful and tough-to-take vein, Beloved, by Toni Morrison, was an amazing and worthwhile read, but another one that pushed my buttons. To see Sethe, the protagonist, driven to endanger her own children to save them from slavery was enough to make my skin crawl, as were a number of the brutalities in this novel. However, her desperation also sets Sethe up to be one of the most sympathetic characters in literature in my mind, while to others it may make her one of the least sympathetic.