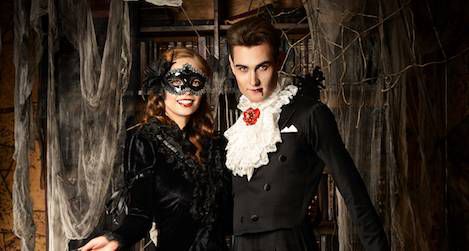 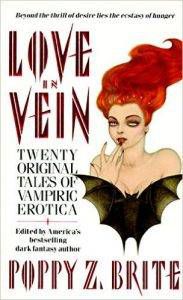 I tend to be nostalgic, so I may be a bit biased in saying that the 1980s and 1990s were a heyday for horror and the paranormal in films, television, and of course, books. These are the decades that gave us Stephen King’s iconic books It, Pet Sematary, and Misery (and their accompanying films). We got the film for Interview with the Vampire. We got the X-Files and Buffy. R.L. Stine was on everyone’s shelves. Scary Stories to Tell in the Dark. Clive Barker. Poltergeist. The Silence of the Lambs. Scream. The list goes on and on.

Love in Vein and Love in Vein II, Edited by Poppy Z. Brite, are my go-to collections for vampire erotica that is equal parts chilling and salacious.

Erotica Vampirica, Edited by Cecilia Tan, is, as the title suggests, primarily vampire erotica though a handful of werewolf stories are included as well.

A Taste of Midnight, Edited by Cecilia Tan has even more vampires (told you so)! A short collection of tales that offer fresh takes on vampires beyond the Dracula-esque types with whom we are familiar.

Embraces: Dark Erotica, Edited by Paula Guran, offer stories that break away from the traditional boundaries of horror to offer something quite unique and quite terrorizing as well.

*have on my bookshelf