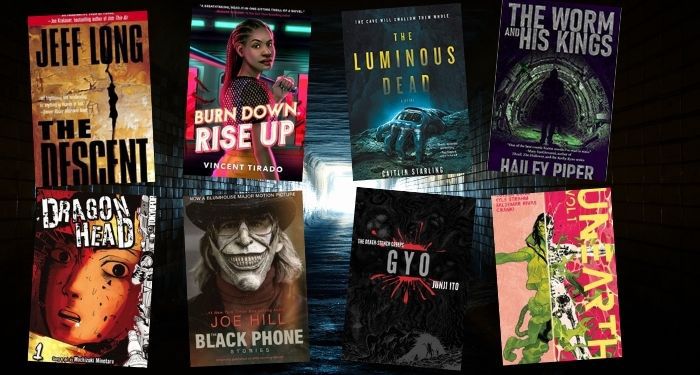 I don’t often think about being underground. When I’m catching the subway or see videos of spelunkers, I don’t think about what it means to be underground. The tens or hundreds of feet of earth or buildings or concrete over my head, with just the tools of humans keeping it all in place. It’s frightening when you think about it too much.

There’s a reason some people are claustrophobic with regards to the subway or cave-diving. There are so many things to be afraid of. The roof collapsing, for example, or the exits getting blocked. A flood and nowhere to escape. Or maybe what might be already down there in the depths, just waiting for someone to come along. Creatures that thrive in the depths that we haven’t found yet. The subway getting stopped on the tracks with hundreds of people crammed inside, their anger stewing as the minutes tick by. There are many, many reasons to be afraid when you think about it.

If you are one of those claustrophobic people, be warned this list may not be for you! To really dig into that fear, here are ten horror books that take place underground. 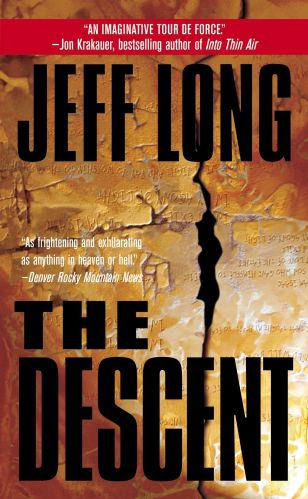 The Descent by Jeff Long

Humans on the surface of the earth are oblivious to the creatures that lurk beneath their feet. That is, until a body is found in a cave in the Himalayas with a warning message about Satan. Across the world, evidence of another species appears. Some call the creatures demons. Devils. Older-than-Olds. No matter what they’re called, humans on the surface must do what they can to survive the appetites of these underground monsters while reckoning with their identity. But these creatures may be closer to humans that anyone thought. 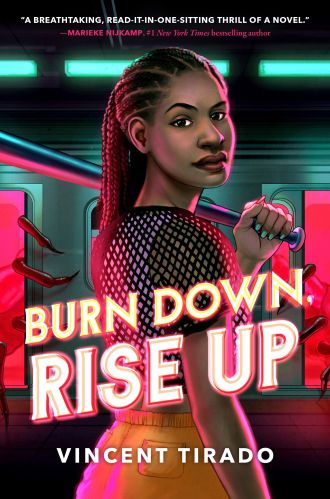 Raquel knows the police don’t care about the string of disappearances of Black kids in the Bronx. That is, until someone she knows goes missing and her mom gets sick, which is somehow connected to the disappearing kids. She must team up with her crush to investigate, uncovering the Echo Game, based on an urban legend. In order to find the root of the problem, they’re going to have to play. 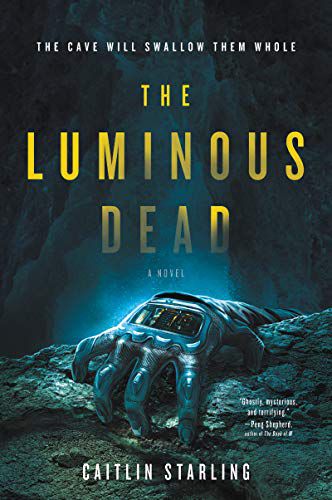 Gyre Price grew up in a mining colony on a far-away planet. So it’s no big leap to falsify an application for a cave expedition job with a huge payout, enough to get her far, far away from where she grew up. But, when she arrives with only Em, a mysterious “handler,” rather than a team to keep her safe, Gyre is in too deep to back out. Each of them has their secrets they want to keep, but the isolation and the darkness threatens their resolve. The caves might just be more populated than either of them thought, forcing them to band together to make it out alive. 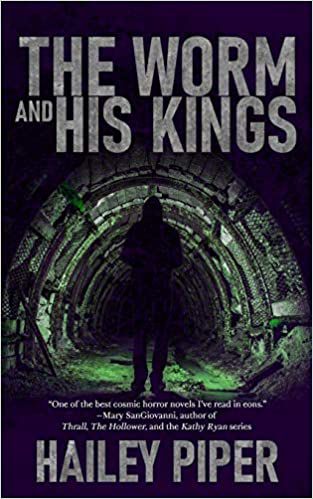 When rumors of vulnerable women disappearing make it back to Monique, she doesn’t think much of it. But when her girlfriend, Donna, goes missing too, she’s determined to find her again. Some say a monster is snatching homeless women in the dark, and Monique must descend into New York City’s underground to investigate these claims. She encounters cults and monsters and a god some call The Worm. How far will Monique go to save her girlfriend? 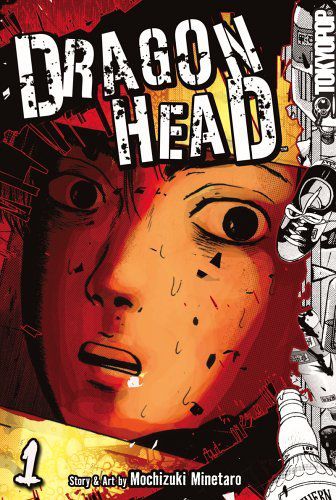 Teru Aoki is headed back home after a class trip when the train derails inside a tunnel through a mountain. Teru, along with only two other survivors, team up to try to dig their way out. But the lack of food and water while being surrounded by the dead starts to get to them. Then, earthquakes start shaking the tunnel, making it even more difficult to get back to the light. Will the trio make it, or will the circumstances trap them forever under the earth? 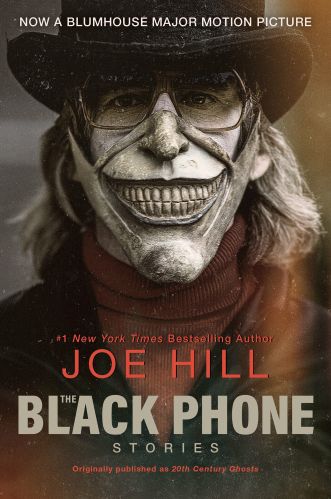 One standout in this horror short story collection is “The Black Phone.” For years, boys in Jack’s town have disappeared one by one. Then, Jack wakes up in a basement with only a disconnected antique phone. Weirdly, though, it still rings and on the other end of the line are the boys who disappeared. The boys try to help Jack make it out alive so he doesn’t meet their same bloody demises. An excellent short story in an excellent collection, “The Black Phone” will make you question going down your basement stairs. 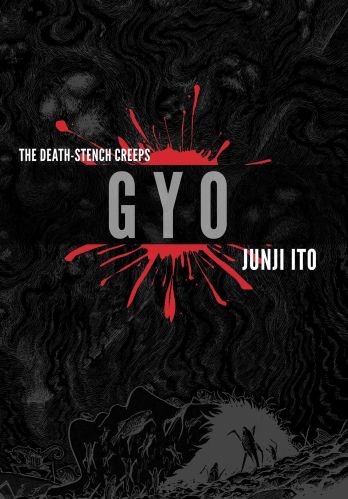 The Enigma of Amigara Fault by Junji Ito

Included at the end of Gyo, “The Enigma of Amigara Fault” is a short story about two hikers who encounter a fault on Amigara Mountain. The fault appeared after an earthquake, and the world is fascinated by its appearance. The hikers find a string of human-shaped holes in the rock faces around the fault line, voices calling to them from the other side. They can’t help but follow the sound, entering this claustrophobic, horrific mystery. 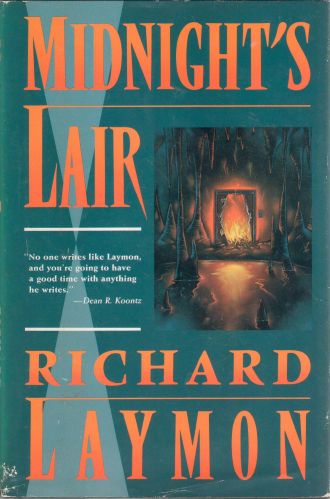 Thousands of tourists every year make the trek to Mordock’s Cave, a world wonder. To get there, they take a boat trip under the surface of the earth and then elevators down, down, down. But something seems to be lurking inside and when the power goes out and a group of tourists is trapped inside with no food, water, or light, it comes out of hiding to pick them off. Now, the group has to band together to find another way out before these creatures with their appetites decide to take a bite. This graphic novel follows the investigation into a mysterious flesh-mutilating disease ravaging a village in Mexico, leaving those infected affected in different and horrific ways. Scientists trace the source to a nearby cave where they embark on a journey through the strange underground system. This body-horror filled Lovecraftian story is sure to give you nightmares. 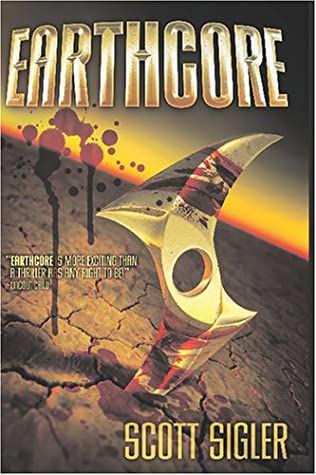 EarthCore, a drilling company, sets its eyes on the largest platinum deposit deep beneath the Utah mountains. It promises billions of dollars if they can get to it, and the executive of the company, Connell, is determined to put their resources to the test to get to that payday. But, as the team gets miles beneath the surface of the earth, they encounter something lurking. Something determined to keep the treasure where it is. When they’re trapped beneath the surface and have to burrow further to find a safe way out, the EarthCore team is in for more than they bargained for.