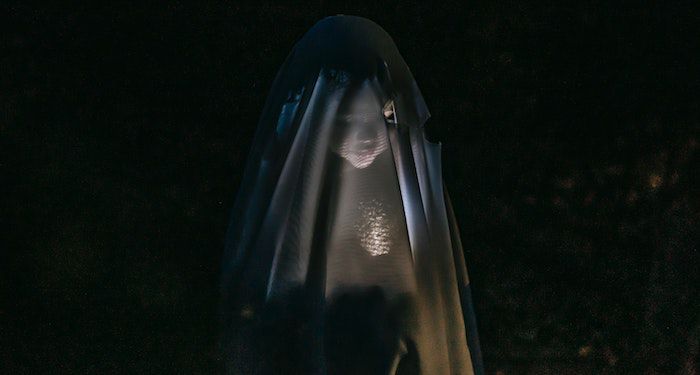 I’ve been a fan of horror films since I was probably too young to watch them. I remember family trips to Blockbuster on Friday nights. Instead of grabbing Disney movies, I worked my way through the Friday the 13th and A Nightmare on Elm Street movies. I’ve watched a lot of horror movies over the years from George A. Romero’s zombie flicks to Paranormal Activity to over-the-top gruesome movies. I’ve watched enough to know that my favorites are The Exorcist, The Ring, Audition, and Dawn of the Dead.

But this is Book Riot, not Movie Riot. I read WAY more books than I watch movies. I’ve read my share of horror books. Probably your share and a couple of other shares, too. But unlike movies or even TV shows, I’ve never been really scared by a book.

To make something really scary, the most important thing is atmosphere. I say thing, but atmosphere is really a collection of aspects. It’s the place, the sounds, the light levels, and the overall tension of the people in the story. Perhaps it’s just how I read and absorb the world of a book, but books just can’t convey all of these at the same time in a constant, oppressive way.

One paragraph can go into detail about a derelict house, the ominous clouds, and the sounds of a nearly empty highway in the distance. The next paragraph can describe the smell of rotting flesh on the wind or the sound of our antagonist crushing leaves beneath their cloven hooves. These paragraphs can be great, full of detailed sentences and imagery that doesn’t leave you. Jennifer McMahon and Rivers Solomon are two of my favorites for atmospheric horror in their novels like The Winter People and Sorrowland, respectively. But the aspects of their atmospheres just cannot all layer and persist in the same way as film or a video game.

Video games? Oh, yeah. That’s where horror really shines. A movie can immerse you for a couple of hours, particularly in a darkened theatre. A video game pulls you in for dozens of hours, putting you in control of the terrified protagonist. You think The Ring is scary? Try playing Fatal Frame II: Crimson Butterfly or Eternal Darkness: Sanity’s Requiem. Those games won’t just scare you; they’ll make you question your own real-life sanity.

I adore books, but there are some things they just can’t do like film or video games. Car chases never have the same energy on the page. Fight scenes lose something without actually seeing trained fighters on the screen. More than anything, though, books don’t have soundtracks. Okay, sure, some authors put together playlists and share them. That’s not the same, though. Movies like Baby Driver or Moulin Rouge would never work as a novelization. And yet, we have horror books even though horror movies always rely heavily on their soundtracks.

Mike Oldfield released “Tubular Bells” months before The Exorcist scrapped its score and went looking for new music. Now, most people cannot hear Oldfield’s iconic track without shivering from remembered images of Linda Blair’s head spinning around. Certain chords from an orchestra will immediately put you in a horror film mood. Imagine a protagonist shuffling, weeping in fear, flashlight winking out in their shaking hands, knowing the killer could be around the next corner. You can practically hear the ominous orchestration, drawing out a wavering note, just waiting for the next jump scare. You just don’t get that with horror books.

Being a writer myself, I can’t shut off that part of my brain. I can’t read a book without analyzing how it is written. For horror to truly be effective, it needs to immerse you in its world. You have to be along for the ride with the protagonists, fearing for them and understanding how every aspect of their world weighs on them, terrorizes them, and might destroy them. Immersion is hard for me (and many writers) because I’m paying attention to precisely how the writer is creating the world. How are they building tension? How are the playing with my expectation and meeting out details?

I’ve read House of Leaves by Mark Z. Danielewski, widely considered one of the scariest books. I found myself spending more time marveling at Danielewski’s ergodic construction and how he was weaving three narratives into a singular story. I’ve read The Shining, a book so scary that Joey had to throw the book in the freezer on Friends. I was more enveloped in how Stephen King unspooled the tale of a marriage in decline, that slow and inevitable unraveling of a loving couple into madness.

Maybe horror books successfully terrify you. I hope they do. That’s part of the fun of watching or reading or playing horror, after all. If it’s not scary, I might as well be reading a thriller. Am I just reading horror wrong? What are your tricks for making your reading experience scarier?

If you are looking for some great horror reads, check out these 2022 horror releases and 50 of the best horror books of the decade.