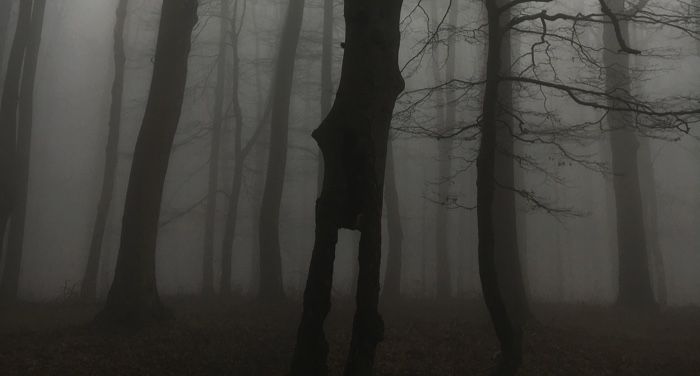 We need to talk about the brilliance of horror anthology books. You get a big dose of horrifying tales from different voices, plus you can discover new authors you might like. And guess what? Above all, horror is best in small doses. It’s certainly much easier to maintain a constant level of tension and actually scare readers with short stories.

So with that in mind, here are nine amazingly chilling horror anthology books. 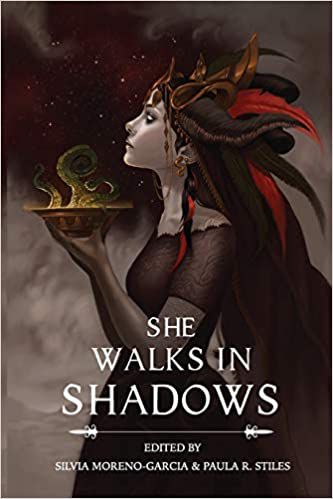 She Walks in Shadows Edited by Silvia Moreno-Garcia and Paula R. Stiles

Lovecraft is, although problematic, an undeniable literary horror icon. Many people have found themselves entranced by his mythos, and these authors are no exception. This horror anthology inspired by Lovecraftian horrors is written by and about women. It’s very dark. It has that cosmic horror and mortal dread that’s common to Lovecraft. Gemma Files, Inkeri Kontro, Priya Sridhar, Nelly Geraldine García-Rosas, Mary Turzillo, Amelia Gorman, Nadia Bulkin, and many more female writers make this a brilliant anthology that will definitely keep you up at night with fear of the primordial beings that watch over you. 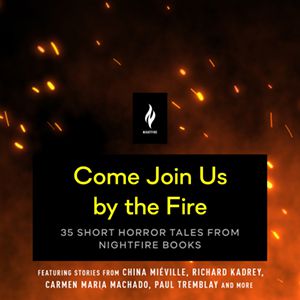 Come Join Us by the Fire by Nightfire Books

Come Join Us by the Fire is an audio-only anthology. The stories are written by a wide variety of authors and published by Nightfire Books. Both of its installments try to showcase the breadth of talented writers, both emerging and fan-favorites of the genre (I see you, Stephen King, but you’re not the only master of horror in this room). The stories are creepy by themselves, but the narration adds another layer of fear to the whole thing. Some of the featured authors are: Victor LaValle, Carmen María Machado, Silvia Moreno García, Nick Antosca, Cassandra Khaw, Priya Sharma, and many more. Season 1 has 35 stories and season 2 features 18. You can listen to both for free. 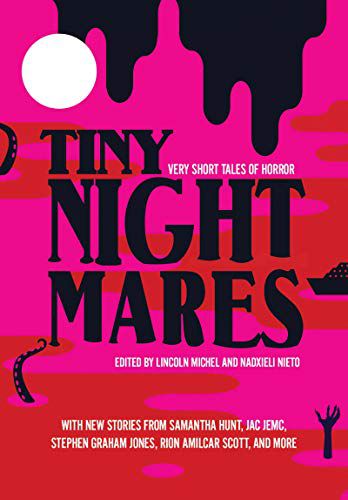 Tiny Nightmares is a horror anthology of flash fiction (AKA very short stories). It has over 40 fast-paced short stories with very different horrors woven into them. It covers your usual chills like vampires, witches, and serial killers. But other stories also talk about real-world horrors such as racism, homelessness, or addiction. Samantha Hunt, Jac Jemc, Stephen Graham Jones, Rion Amilcar Scott, Canisia Lubrin, and Lilliam Rivera are some of the many authors featured in this anthology. 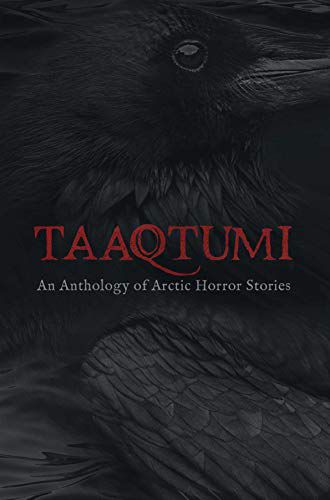 This anthology is very unique because the stories it compiles are all based on Inuit mythology. All the authors in this anthology are of Inuit descent. The stories feature freezing climates and horrors hidden in the darkness. From zombies hidden in the frozen tundra to a post-apocalyptic community where not everything is as it seems, this collection of chilling tales will thrill any horror fan. Some of the authors featured in it are: Richard Van Camp, Rachel and Sean Qitsualik-Tinsley, Aviaq Johnston, and Gayle Kabloona. 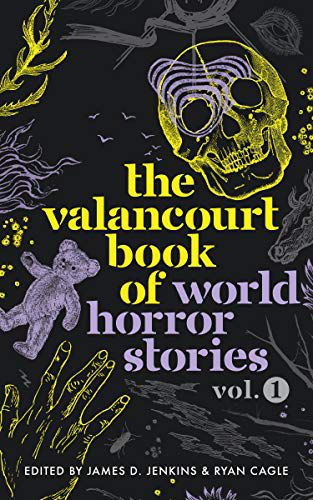 There is a whole world of horror stories out there, and this Valancourt horror anthology showcases some amazing contemporary horror writers from around the world. Actually, all 20 short stories in this anthology are making their first appearance in English. The stories come from 19 countries including Mexico, Ecuador, South Africa, Peru, and the Philippines. The authors featured include Pilar Pedraza, Attila Veres, Tanya Tynjälä, Bernardo Esquinca, Martin Steyn, and Solange Rodríguez Pappe. It’s a book for any horror aficionado to expand their horizons. 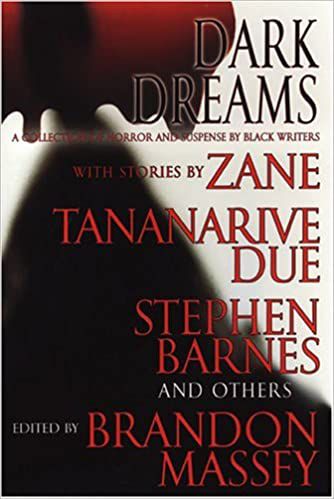 Dark Dreams: A Collection of Horror and Suspense by Black Writers Edited by Brandon Massey

Dark Dreams showcases 20  new horror and suspense short stories from upcoming and established African American writers. The stories are plagued with magical and supernatural creatures that make you squirm — all part of the dark imagination horror writers have! Plus, it’s one of the only horror anthology books that focus on Black authors, as the genre seems to be composed largely of white cis men. This horror anthology has stories by Zane, D.S. Foxx, Tananarive Due, Stephen Barnes, and Robert Fleming. 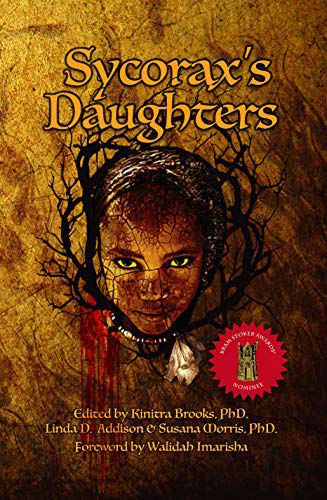 Sycorax’s Daughters is composed of 28 short stories and 14 poems (move over Poe) written by African American women. It’s a powerful and scary collection with vampires, ghosts, mermaids, demons and shape-shifters. But the stories and poems also talk about the price that women have to pay for their freedom and validation, while using history as a source of horror. Contributors include: Tiffany Austin, Tracey Baptiste, Tenea D. Johnson,  R. J. Joseph, A. J. Locke, Carole McDonnell,  Sheree Renée Thomas, and K. Ceres Wright. 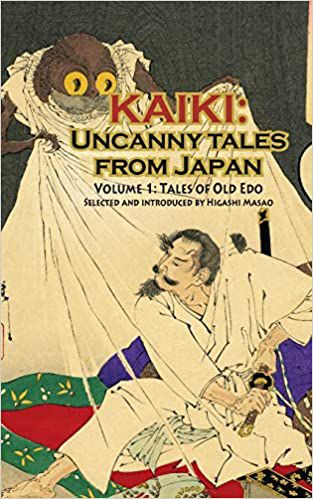 This anthology compiles horror stories from the Edo period (roughly between 1603 and 1967) in the history of Japan. It’s the first in a series of three, and it focuses on Japanese folklore and supernatural creatures. This horror anthology gives readers a glance into Japanese horror literature with stories that haven’t been translated into English before. It also has plenty of commentary by Higashi Masao to introduce and contextualize the stories. Some of the featured authors include: Kyōgoku Natsuhiko, Miyabe Miyuki, Kōda Rohan, Inagaki Taruho, and Yamamoto Shūgorō. 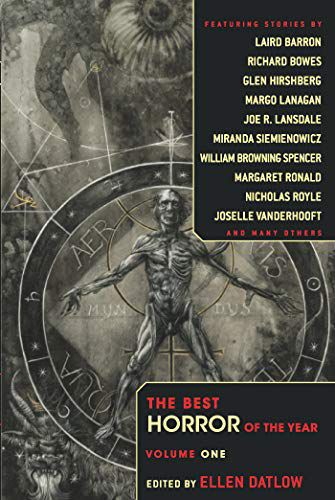 The Best Horror of the Year Edited by Ellen Datlow

Every year from 2009 onward, Ellen Datlow chooses the best horror stories and poems of the year and puts them together in this anthology. She combs through magazines, webzines, other anthologies and literary journals to find the best of the best that will scare and shock any horror fan. It’s a very broad but chilling anthology series that introduces you to a wide variety of modern horror writers. Stephen Graham Jones, Stephen King, Nina Allan, Neil Gaiman, Gemma Files, Garth Nix, Caitlín R. Kiernan and many, many, many more authors have appeared in this long-running anthology series.

If you want to continue to lose sleep over monsters and mayhem, check out our list of the best horror short story collections.