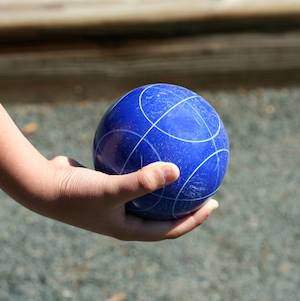 Not to be satisfied with the four network pilots they had this season (The Flash and iZombie for CW, Gotham for Fox, and Constantine for NBC), DC Entertainment announced that in addition to the three pilots they already have in contention for next season (Supergirl for CBS, Lucifer for Fox, and Titans for TNT), a fourth television series (their NINTH overall) is currently in the works for Syfy.

Krypton is described as a drama that “takes place years before the Superman legend we know, when the House of El was shamed and ostracized” and will follow “the Man of Steel’s grandfather as he brings hope and equality to Krypton, turning a planet in disarray into one worthy of giving birth to the greatest Super Hero ever known. ” It will be written by Ian Goldberg from a story by Goldberg and David S. Goyer. Both Goldberg and Goyer will executive produce.

It should come as no surprise that the announcement of Krypton was met mostly with heavy sighs, snide comments, and copious eye-rolling. For me, the announcement came with a large helping of trepidation, which is to be expected, but also a feeling that was completely unexpected: hope.

Needless to say, this was a surprise. On the surface, it sounds like a terrible idea. I mean, considering he was an infant when he left, Krypton is kind of a non-issue in Superman lore. It’s really just a narrative tool to explain why he can fly around and shoot lasers out of his eyes. Sure, some writers have done some interesting things with Krypton-related stories, but by and large, it’s a dead planet that has little to nothing to do with what actually makes Superman the character we all know and love. Turning that infinitesimal piece of the Superman legend into a television series seems like the kind of ludicrous prequel idea that makes Gotham seem like required mythology in comparison.

Then there’s David Goyer’s involvement which… look, we’ve all seen Man of Steel. Regardless of what you may think of the film, I think we can all agree that it’s certainly a divisive one, not just on the film’s quality overall, but specifically on its vision of Superman. Using one of the names responsible for that divisiveness doesn’t exactly seem like putting your best foot forward on a series set within Superman mythology. But nothing in the announcement mentions anything about Krypton  being a Man of Steel prequel, and considering DC’s track record with connecting their television series to the films, it doesn’t seem likely we’ll be seeing an adolescent Jor-El flying around Kandor on a pterodactyl-dragonfly any time soon.

Plus, Goyer already has two other series on the air currently that he helped shepherd into existence, and he isn’t the main creative force on either. Constantine‘s showrunner is Daniel Cerone, and Da Vinci’s Demons, a series Goyer created, is being ran by John Shiban as of season three. It’s possible that Goyer only wishes to have a JJ Abrams level of creative involvement on the shows he executive produces. He may help with a series’ initial development so that it has a better chance of getting off the ground, but he moves on to the next thing while leaving the day-to-day creative work to a capable showrunner.

For Krypton, that guys seems to be Ian Goldberg who is writing a the pilot based on a story developed by himself and Goyer. While the trades are mostly crediting Goldberg as a writer on Once Upon a Time, I remember when he was one of the best staff writers on Terminator: The Sarah Connor Chronicles (he was responsible for the incredible season one finale “What He Beheld” among others). The guy is a great writer and if he’s running the show on Krypton, we’re going to be in very capable hands.

However, that still leaves the idea of a Superman prequel series that doesn’t have Superman, Clark Kent, or even baby Kal-El anywhere to be found, and, by design, never will. How can Krypton really be about Superman? Well, even more than a character, Superman has always been a symbol. So what if Krypton isn’t about prolonging the prologue of Superman’s origin? What if it’s about hope?

In most depictions of Superman’s origin, Krypton is a utopia just before being destroyed. Generally speaking, perfect societies aren’t generally the most dramatically interesting setting for an ongoing television series. But if you look back at the series logline, this isn’t about a utopic Krypton. This takes place a full generation prior to Lara and Jor-El sending their infant son to Earth in a rocketship. A time when Krypton is a flawed planet in the midst of social upheaval.

Some of the best science fiction of all time have used metaphor to comment on the modern events of the time. Lately, society seems to be teetering on the edge of a lot of big social and political changes. We’re definitely reaching a sort of boiling point, and I think there’s room for a lot of thematically relevant storytelling on Krypton. Plus, Kryptonians look like us, so it wouldn’t even be that much of a stretch (just don’t cast a bunch of white people, please). I think there’s something to be said about a science fiction show that uses its genre as a vehicle for social commentary. This show would just so happens to be about Krypton.

So, you have Grandpa-El (or whatever his name will be), the main character of the series, and he’s this guy who comes from a ostracized background, probably coming up from nothing or returning from some sort of societal exile. The world is in shambles politically and socially. His life is a mess. But he’s able to facilitate some change on Krypton because he has something no one else does.

And maybe, over the course of the series, Grandpa-El’s hope will spread across Krypton and the planet eventually becomes the doomed utopia that we’re all familiar with. And yeah, the fact that Grandpa-El is going to save Krypton just in time for the planet to be destroyed is the kind of brutal irony you’d expect from an episode of The Twilight Zone (in this case, “planetary peace” would be that guy finally being alone in the world with all of his books, and “Krypton blowing up” would be his broken glasses). But even with that inevitable downer of an ending, Krypton‘s doomed utopia will eventually give birth to Kal-El, who will become a different kind of hope altogether.

It’s easy to be cynical when it comes to all of these comic book adaptations. Especially when it seems like you have every reason to be. But there’s something at the core of this idea that I can’t help but respond to. And maybe you think I’m just assuming a lot. Maybe I’m way off base and Krypton will be the kind of show where a pre-teen Lobo is bullying an adolescent Jor-El and his best friend, Dru-Zod. We won’t know for sure until it airs, but that’s not going to stop me from dreaming about the possibilities. Maybe Krypton will mean something. Maybe it will stand for something good, or even great.

Because for me, for now, Krypton stands for hope.