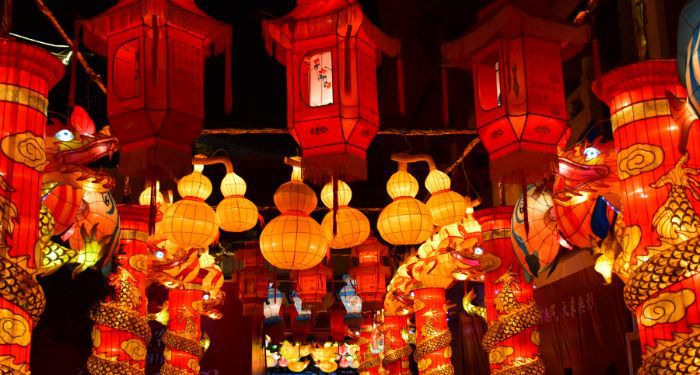 The holiday season is upon us! Soon people will be gathering to feast, sing, and exchange gifts to celebrate the holidays in December and January. While Christmas tends to dominate the season in the U.S., people from all over the U.S. and the world celebrate other holidays and traditions in December and January. The list of holiday mystery books that are not about Christmas, including but not limited to Hanukkah, Kwanzaa, Boxing Day, New Year’s, and Lunar New Year in January. Each celebration has its own foods, stories, songs, and more.

These holidays are all about coming together, which can be great…but it can also be quite divisive. Not every gathering is happy or pleasant. Old and new resentments linger…In other words, it’s a great time and place to set a murder mystery.

So, in celebration of holidays in December and January that are not Christmas, I’ve put together this list of eight murder mysteries. Most of them are cozies since the sub-genre lends itself easily to themes like the holidays, and include holidays like Hanukkah, Solstice, and Lunar New Year.

However, there are some big gaps in representation with holiday mysteries. I could not find any mysteries, murder or otherwise, around Kwanzaa, celebrated December 26th to January 1st. On top of that, I could not find many books by Chinese authors about the Lunar New Year, celebrated in January. And I’m sure there are additional holidays in December/January that I don’t even know about.

In recent years, there’s been much discussion about the lack of diversity in mystery books, including cozies (well, publishing in general). It’s been great to start seeing more voices in the mystery and cozy worlds in the past year with stellar authors like Mia Manansala, Jennifer Chow, Raquel Reyes, Abby Collette and many others. But there’s so much more room for more voices in the genre and sub-genre, writing about holidays and of course, everything else. I hope that we’ll see more books that are more reflective of the voices as well as the holidays celebrated.

Also, it’s worth noting that there is simply a preponderance of cozies and mysteries in general centered around Christmas. While they are definitely fun to help you get in the holiday mood, it’d be neat to see even more mysteries for other winter holidays like Hanukkah, Solstice, New Year’s, and others with more diverse voices as well. I hope that we’ll see more holiday mysteries surrounding other holidays in the upcoming years.

Hopefully these books will give you that extra special holiday feel while sparking your investigative skills. 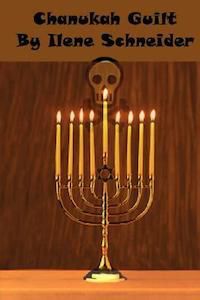 Sure, funerals can be drama-filled, but Rabbi Aviva Cohen hadn’t expected this much when she agreed to officiate a land developer’s funeral. During the funeral, she’s told that he was murdered, and his daughter ends up committing suicide after the funeral. Can Rabbi Cohen figure out the truth about his death and find out if his daughter really killed herself? Can she do it during the holiday of Chanukah? 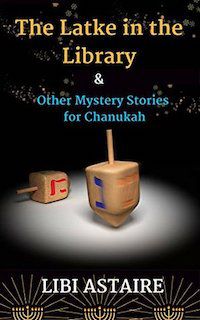 The title story focuses on Agatha Krinsky, a mystery writer, who ends up moving to an assisted living facility. And what does she find? Hopefully friendship and a body, of course. But no one believes her. Can Agatha use her skills as a mystery writer to convince the residence and her new friends that something is terribly amiss? There are four total stories in the collection surrounding the holiday. 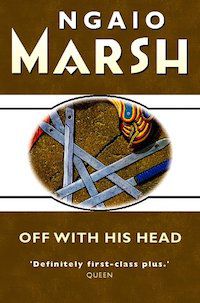 Off With His Head by Ngaio Marsh

This classic mystery is the 19th in the Inspector Roderick Alleyn series. The English village of South Mardian has kept up one of its traditional rituals for the winter solstice. They put on the “Dance of the Five Sons,” which results in the beheading of the fool and his subsequent resurrection. But this time, the resurrection doesn’t happen…because the fool, played by William Anderson, was actually beheaded. There’s no lack of suspects, some of whom are the victim’s family. Can Inspector Alleyn figure out who wanted the old man to stay dead? 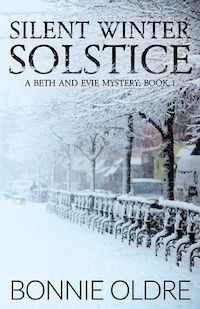 We all have been worried about being late to work. Normally, it can be caused by a missed alarm, traffic, late bus or train; but for Beth Williams, it’s caused by a body that rolls down a hill on the evening of the winter solstice. But no one believes her. And it doesn’t help that the body disappears. So Beth and her best friend Evie decide to dig into the murder before Beth ends up murdered herself. It’s set in 1968, and has cultural references, like the news covering the first manned moon launch. It’s also the start of a new series. 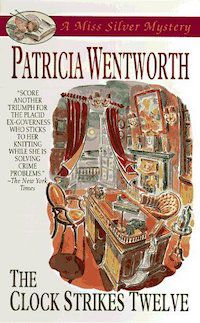 Family patriarch James Paradine has gathered his family together for New Year’s Eve, but not to celebrate the new year. He believes that someone in the family has stolen from him and he knows who they are. He is giving them until the strike of midnight to confess. But instead of a confession, Paradine is found dead. Can Miss Maud Silver ring out the new year with the identity of the murderer? It’s the seventh book in this classic mystery series. 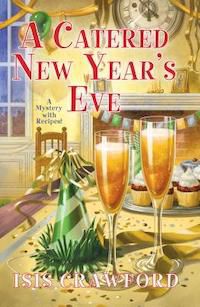 The holidays are a great time to bring estranged family members together. Or so sisters Bernie and Libby Simmons thought. When their cousin Ada comes up with a plan to bring the family together for New Year’s with the sisters’ catering, it sounds like a good idea. But it’s more than a family gathering. Ada’s father died 10 years ago and Ada thinks she has found a diary proving who the guilty party is and plans to read from it at the party. But things never go as planned, not when champagne and cyanide are involved. Can Bernie and Libby prove their cousin’s innocence and find out what happened to their uncle? 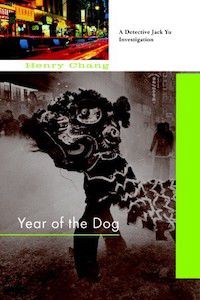 Year of the Dog by Henry Chang

This neo-noir book focuses on the grittier side of New York. NYPD Detective Jack Yu wants to leave his past behind but he gets pulled back to Chinatown when bodies keep turning up, brutally murdered, around the New Year. In addition to that, the triads are coming up with new criminal enterprises, including credit card fraud, human trafficking and more. Can Jack Yu find justice for people impacted? It’s the second book out of five in the Jack Yu series. 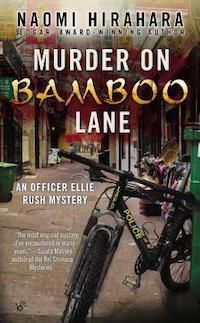 Known for her recently award-winning Clark and Division, this is the first of the Ellie Rush mysteries. When rookie bicycle cop Ellie Rush finds a body at the Los Angeles Chinese New Year Parade, she hardly expected to know the deceased. With the support of her police officer Aunt Cheryl and her dad, Rush tries to solve the murder of her former classmate, while navigating Los Angeles, her rookie status, and her own family. There is also a second novel in the series, Grave on Grand Avenue.

Here’s to the next holiday season with hopefully more diverse holidays and voices. Want more diverse voices in cozies? Check out this Rioter’s essay about cozies becoming more diverse and another list on Christmas murder mysteries.