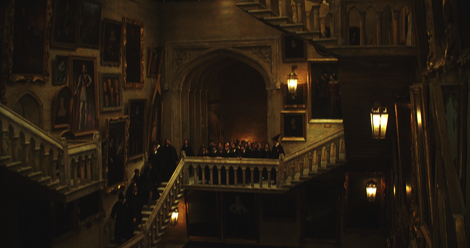 We all wanted to go to Wizarding School when we were young (or right now). There’s even an entire cottage industry to evoking the experience. Perhaps you don’t live in England that therefore wouldn’t be able to get to Hogwarts, and maybe you may have been a wee bit disappointed in the expanded universe after the fact. That got us to thinking, what would a school of witchcraft and wizardry be like, if it was in my hometown? Well, I can’t tell you about your local, but I can tell you what it would be like in my home of South Florida. And I’m going to tell you, because we Floridians like to give our opinions.

South Florida is simultaneously one of the best places to live and one of the worst. It is a place of contradictions: a beautiful environment endangered by its very stewards, thriving cosmopolitans that are made in uniformity, etc. Those contradictions would inform any Wizarding School that would end up stubbornly holding on top of a swamp. Without further ado, here’s what a South Florida Wizard School would entail.

Name to be determined by corporate sponsorship. Or, if South Floridians had their way, named after a famous sports figure or entrepreneur. Doesn’t matter if Don Shula is a wizard or not, they are going to name the Quidditch stadium after him anyway.

The rest of South Florida hugs the coast in sprawling, unplanned and stout metropolises. For the sake of not getting into it with non-magic users, this school would probably be tucked away in the Everglades. To be fair, the Everglades have a kind of mysticism to them. Just walk down one of the trails and you’ll find a little magic. Or someone making bath salts. At least one of those.

Buildings in the path of a hurricane really can’t be higher than a few short stories, with rare exceptions. It’s why we don’t have the towering skylines here; suffice it to say those dramatic Hogwarts-style towers are out of the question. Nope, it would probably be a newer set of buildings and look like the uniformity of a strip mall. It would probably be a salmon pink or an off-peach color of typical strip malls made to disguise concrete. But what would a non-magic user see should they come across these squat buildings in the middle of the Everglades? An abandoned Army Corps Of Engineers trailer.

The very best thing about this region is the multitude of cultures that collide. Outside of New York and L.A., it’s one of the few places where you can hear people curse one another out in at least three or four languages while stuck in traffic. The classes would (hopefully) reflect the best of that. Translation magic to make courses appear in different languages including English, Spanish, Portuguese, Patwa, Creole, Mikasuki, French, Hebrew, Korean, Hindi, Arabic, Persian, Mandarin and Russian to name a few.

They would also teach other types of magic, Food and Dance magicks that are endemic to so many cultures. A little joy spell with a salsa or a rumba? Perhaps a “get over heartbreak” spell con sopa de pollo or curried goat? The multitude of international Witch and Wizard teachers have you covered.
We are an artistic and colorful community, and hopefully wouldn’t have to deal with the same budgetary restrictions that Florida Public Schools suffer from. There will be plenty of music making with instruments that play on their own and paintings that move. Those drums aren’t going to play themselves! Or are they?

Oh, you were waiting for this weren’t you? Of course a South Florida wizarding school would have houses, because if there is something we love down here it is separating ourselves in a team mentality. Sort yourself however you like into the following.

Named for Florida’s most famous cryptid, Skunk Ape house is characterized for their candor, bravery and an unwarranted sense of self-satisfaction. Skunk Apes don’t need outside validation; they will will loudly celebrate their victories and defeats alike. They aren’t natural-born leaders as much as they think they are, but they’ll do in a pinch if you need a team captain. As much as you may find them obnoxious, they throw the best parties.

Motto: “In Darkest Depths We Explore The Unknown”

They say sailors were lured to the coast, mistaking Manatees for mermaids. Well, the mermaids, like the manatees, wanted nothing to do with smelly sailors. Mermaid house isn’t your grandmother’s idea of mermaids, and matches the books a bit better. This house is more interested in intellectually pursuing the occult and couldn’t care less about interacting with the populace at large. In other words: it’s the goth house.

Yes, I know, this is another name for alligators, but hear me out. Swamp cats are adaptable, can seem frightening but really want to be left to their own devices. The Swap Cat house is full of survivors. They head into challenges knowing they may leave with a scar or two, but knowing they’ll leave alive. Swamp cats aren’t in it for the glory or fame, they just want to live pleasant lives. Sometimes good is good enough and there is nothing to be ashamed of it.

Motto: “A Spoonbill Is A Friend for Life!”

“But Laura! That’s not a mythical animal! It doesn’t even have a weird internet name!” I know! But look, it’s a weird, adorable-looking creature, and I’ll remind you that badgers, ravens, and snakes are real, non-mythical animals as well. Spoonbill house is the sensitive house. This is the house that makes great caretakers, nurturers and actual leaders. Yeah, they can get a bit, well, intense, but at least they are well-meaning. You won’t leave a Spoonbill’s house without a warm feeling and a full belly.

Your acceptance letter into South Florida’s [to be named] exclusive Wizarding Academy will be delivered by bat or orange bird. Robes not required—it’s hot down here.