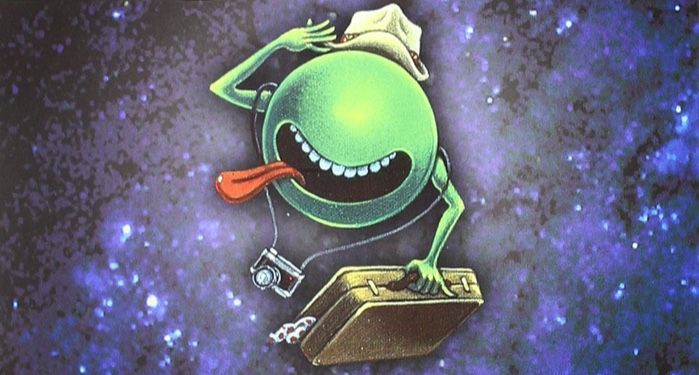 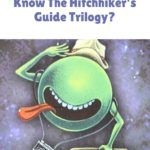 Towel Day approaches! Every May 25, science fiction fans everywhere take a moment to remember the comedic genius of Douglas Adams, author of two incomplete but incomparable series: Dirk Gently’s Holistic Detective Agency and The Hitchhiker’s Guide to the Galaxy.

The Hitchhiker’s Guide to the Galaxy was first published in book form in 1979. It tells the un-inspirational tale of the supremely English Arthur Dent, one of just two humans to survive the unexpected demolition of Earth. Three more books—The Restaurant at the End of the Universe (1980), Life, the Universe and Everything (1982), and So Long, and Thanks for All the Fish (1984)—followed. All of them drew from and embellished on ideas introduced in previous versions created for other media. That’s the special thing about Hitchhiker’s Guide: there is no canon, only suggestions. The only thing you can rely on is that the book series will always be a trilogy, no matter how many books it has.

The final book, Mostly Harmless, published in 1992, ended on an uncharacteristically dour note. Before Adams could give the characters a happier ending, he passed away in 2001. Although Artemis Fowl author Eoin Colfer gave the world the long-awaited sixth book, And Another Thing…, in 2010, Adams’s death was an incalculable loss for the series, science fiction, and humanity in general.

Traditional Towel Day celebrations primarily involve carrying a towel everywhere you go. (A towel, after all, “is about the most massively useful thing an interstellar hitchhiker can have.”) Last year, I celebrated with a Which Hitchhikers Guide Character Are You? quiz. For Towel Day 2020, I decided to put together a different sort of quiz, this time to test your knowledge on this zaniest of franchises. In this quiz, I’ll lob you 15 questions about all five Adams-penned Hitchhiker’s Guide books (no disrespect, Mr. Colfer, but today is literally not your day), plus one or two about the numerous adaptations.

Ready? Take one last look through your Guide and dive on in to find out how well you know the Hitchhiker’s Guide trilogy!