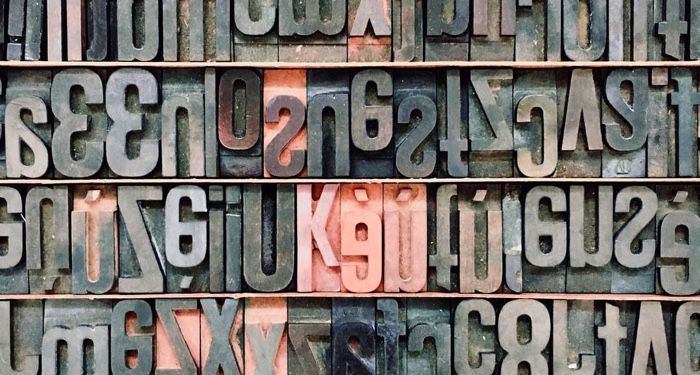 Reading and writing styles matured greatly throughout history. In today’s modern world, we create in different formats. For example, some people express their passions through journal writing (like myself). Others share through audio formats such as videotaping. Regardless of writing preference, people enjoy settling in for hours with their favorite read to understand new material.

Of course, none of these writing methods would be possible were it not for the evolution of the alphabet. Each form of script has their own system of characters and images. These figures transformed over the years into the currently popular reading strategies used by many.

**Note: I use the acronyms BCE & CE throughout this piece. This means (respectively) Before Common Era & Common Era**

In the beginning, people used symbols to create readable images. Hieroglyphics, pictorial writing used in Ancient Egypt, originated around 2500 BCE. There were three types of signs: logograms (words), phonograms (sounds), and determinatives (word endings). These symbols were placed on monuments and funerary contexts.

As time moved forward, Egyptians developed two variants of hieroglyphics to simplify the writing process. Hieratic script emerged as an outlet for priests and scribes to write without overt use of pictures. Characters stood for phonetic value, yet were now more stylized in “script” form. Hieratics are on pottery shards and official documents in Egyptian history. During the 7th century BCE, Demotic writing came into fruition. Also featured on documents, demotic writing carries no pictorial elements in its script. In the 18th century CE, Jean-Francois Champollion successfully deciphered hieroglyphic readings through intense study and research.

Further, the Phoenician language circulated in European countries such as Malta, France and Sicily. Tunisia and the Iberian peninsula (modern Spain and Portugal) also used Phoenician dialect in their reading lives. The Phoenician alphabet was widely used until around 2nd century CE.

Pictures to Words: The Coptic Alphabet

The Coptic alphabet emerged when Greek culture began to dominate Egyptian life. Using an extensive range of characters, it also began using reading comprehension in their dialect. The Coptic alphabet began around the 2nd Century BCE. This alphabet consists of 32 letters. It became the first official guide of both reading words and deciphering sounds similar to modern text.

Coptic symbols displayed a cleaner script. It displayed prominently on tablets and clay structures. Coptic dialect originated from the Greek system in word formation and structure. While some characters in Coptic language served as additional pieces from Greek, this dialect reveals early formation of phrases and sounds. Coptic alphabet dominated Egypt until the 5th Century BCE.

The Greek alphabet dictates most scripts used in the current western world. It originated as early as the 8th century BCE. Adapted from the Phoenician writing system, the Greek community created a dialect composed of symbols representing both consonants and vowels. The earliest recorded sighting of the Greek alphabet were inscriptions inside clay pots in Athens.

While ancient Greeks embraced Phoenician style of phonetic structure, they added features to make their alphabet unique. For example, they altered certain Phoenician signs used as consonants to create vowels sounds absent in the Greek language. This shift in phonemes allowed them to create a viable writing system resembling actual speech.

Moreover, a limited letter variation allowed more people to access the Greek language. Previously, only scribes and royalty were privy to learn writing. With a newly revised structure of letters, now others had the chance to enrich their reading skills.

Now we move toward the system widely used today, the Latin (Roman) alphabet. This method is heavily used in English and most European languages. The Latin alphabet emerged at around 600 BCE. It is derived from the Etruscan alphabet (an extension of the Greek dialect, dating as far back as 8th century BCE).

The Latin alphabet holds 23 letters, later evolving into the 26 letter format during medieval times. It also introduced us to the two most widely used forms of handwriting: capital (majuscule) and lowercase (minuscule) letters. Their lovely curves and lines were displayed in monuments and books throughout the Roman Empire. Reading this neater script, as well as using a simpler alphabet system, brought reading texts to a whole new level.

Furthermore, the Latin alphabet brought cursive into the reading landscape. Cursive handwriting recorded documents and notes in day to day living. Because cursive is written at a quicker speed, reading these forms were at times challenging. Despite these obstacles, cursive introduced an accessible form of reading and writing taught in the western world.

Check out These Are the Book and Reading Statistics That Show Who Readers Are for a close look into our reading habits. A Brief (and Admittedly Incomplete) History of Cookbooks dives into tomes for foodies everywhere!