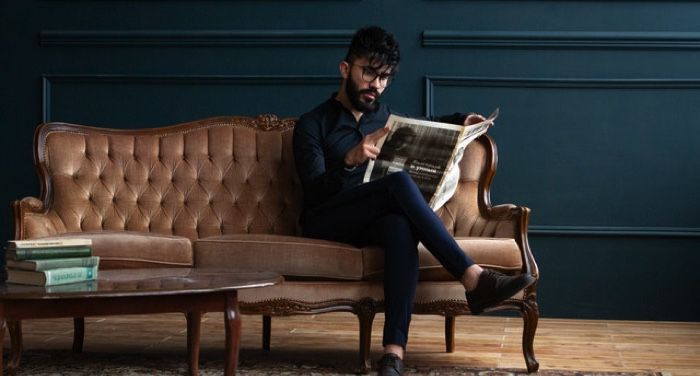 Growing up, I used to stay at my grandmother’s home at least half the summer every year. Although it’s hard to remember not having a towering TBR pile to plow through, I didn’t have many books back then – so I used to pour through her old magazines when I ran out of stories. Somehow, I always wound up reading the advice columns with rapt attention. Maybe it was the appeal of getting a peek into somebody else’s life (an adult at that!), or perhaps it was the confidence and no-nonsense attitude of the various columnists. But either way, I could spend hours reading about marriages in trouble, domestic woes, and other things that my 9-year-old-self had no frame of reference to understand, but nonetheless found fascinating.

I forgot about all this until I read Dear Mrs. Bird by A.J. Pierce recently. The main character, Emmy Lake, is an aspiring war correspondent who accidentally takes a job as Junior Typist at Woman’s Friend, a woman’s magazine. There are many things that Emmy doesn’t like about this job, but the main one is her boss, advice columnist Mrs. Bird’s, refusal to deal with unpleasantness of any kind – that is, pretty much anything and everything that real people deal with. Emmy soon begins writing back to those whose letters got scrapped.

I enjoyed this novel for several reasons, not the least of which being that it reminded me of those long summer days lying on my grandmother’s couch and pouring through one yellowing magazine after another. I started to wonder about the history of advice columns: how long have they been a thing? How have they evolved since their early days until our current online Dear Prudie iterations? I set out to find out.

The earliest iteration of the advice column, as identified by scholars, was a 17th century London newspaper. The Athenian Mercury, under the helm of John Dunton, was among the first to reply to a variety of questions: all newspapers answered letters about current events and history, but Dunton also entertained letters about such disparate topics as botany and premarital sex. The question of women’s growing participation in politics and other current events, however, was viewed by Dunton through a negative lens. Ironic, really, as the Athenian Mercury could only exist because his wife Elizabeth bankrolled it.

Conduct Literature and Advice Columns: Molding the Reader into the Ideal Citizen

Flash forward to the 18th and 19th centuries. Conduct literature, a subset of the didactic literature that was already a few centuries old by then, exploded into the mainstream. This happened, by and large, because of the rising levels of literacy in the population. It became, as Julie Golia puts it in Newspaper Confessions: A History of Advice Columns in a Pre-Internet Age , “a popular and influential medium for disseminating behavioral and etiquette advice”. It’s the kind of book that Mary Bennet and Mr. Collins read, and droned on about, in Pride and Prejudice – and the kind of book that Catherine Morland could not abide.

Originally, conduct literature was written by white men who sought to indoctrinate and cement gender roles. They preached the natural inferiority and subjugation of women. Not much changed when white women took over and wrote their own conduct books, with the central message remaining the same. By the 19th century, however, the focus shifted to “defining and disseminating emerging middle-class values.” Race was rarely mentioned in these books, but “whiteness was at the center of these visions of ideal masculinity and femininity.”

When this type of writing crossed the Atlantic, it found a new home in newspapers, as well as books. Many of these newspapers made space to include the numerous letters that they received from readers in response to their content. The purpose was the same as that of conduct books: to indoctrinate their (presumed white male) readers into ideal voters.

That is not to say that Black-authored conduct literature didn’t exist: towards the end of the 19th century, African American conduct literature became a staple. It sought to define appropriate behavior for Black women within the Jim Crow era, going so far as to require them to adhere to strict conservative gender roles “for the good not only of themselves and their families, but also of their race”.

Back in the 19th century, newspapers were openly partisan. More often than not, they envisioned a white, male, middle-class audience. This began to change when profit became a pressing concern: in the 20th century, advertising revenue turned into the main consideration for papers. In Golia’s words: “The ideal newspaper reader was no longer a voter, but a potential purchaser. This transformation marked the birth of the modern American newspaper – and a feminized vision of its readership.” Indeed, women were thought to be the biggest consumers in society. Therefore, most newspapers made sure to include pages dedicated exclusively to female readers, interspersing ads in between menus, fashion, and gossip.

Now, in order to get women to buy what they advertised, it became necessary to tell them what they wanted and needed. According to historian Elyse Vigiletti, an “early 20th century spike in literacy and the growing middle class created an opportunity for a wider print audience, but in order to be tapped, its tastes had to be cultivated.” In other words, conduct literature became taste literature, molding its readers into the perfect consumers.

Behind the advice column as we know it is Marie Manning, a 26-year-old woman with a love of journalism. Manning, who was once almost expelled from her prestigious girls’ academy for smuggling a New York Herald onto campus, had an eye for news. As her first journalistic assignment, she obtained a quote from former President Grover Cleveland about war with Spain – an achievement that immediately got her a position on staff.

Later on, she left the World to work at the New York Evening Journal. To her dismay, she was relegated to the women department instead of covering the crime section as she wanted. Still, she set out to do her best. Noticing how many women wrote to the paper with questions about marriage, childcare, and courtship, Manning proposed a “department where people could write about their personal troubles – love and domestic – and receive unbiased opinions.” This department, she thought, should have “a touch of the maternal in it, as well as of the sybil.”

Manning’s brainchild became “Advice to the Lovelorn” on July 20, 1898. Writing under the pseudonym of Beatrice Fairfax (named after Dante’s Beatrice and Fairfax County, Virginia), she turned the genre into what most people now think of when they picture an advice column. Its success was immediate and overwhelming, to the point where Manning herself later said “If I had been ten years older, I might have hesitated at the Frankensteinian monster I was invoking.”

Beatrice Fairfax remained in Manning’s hands until she resigned in 1905. She returned years later, in 1929, when the nation’s stock market crash left her and her family broke. She continued to write until her death in 1945.  Beatrice Fairfax would continue to exist for another 20 years.

The advice column continues to thrive today, albeit in a more interactive format. Dear Abby and Dear Prudence are two of the most famous – and Dear Abby, in particular, the most longevous. There is something comforting about this knowledge: that even in the midst of all this chaos, some things remain…such as humanity’s need for advice. Nonetheless, the traditional advice column now coexists with online forums, where the advice columnist’s authority (an authority that is not, in fact, any kind of authority beyond a reputation for common sense) is often dispensed with. Whether that’s a good or bad thing, I leave to you – and to Marie Manning’s ghost – to determine.