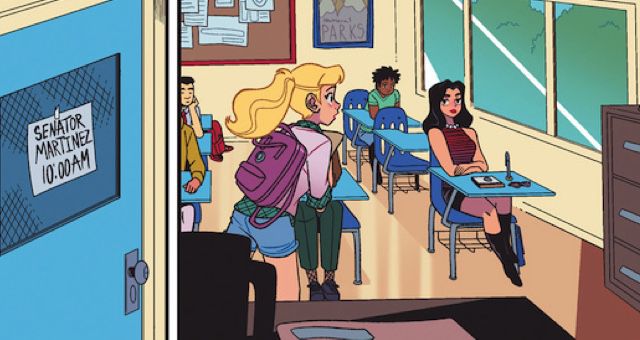 Archie Comics has come a long way since I read the comics at musical theater sleepaway camp. It was the perfect comic to read at night with a flashlight in my bunk.  In the past ten years, Archie has undergone a fantastic transformation with increased representation and added horror, not to mention debuting the television show Riverdale. To celebrate the decade of Archie, I’m going to do a little exploration of its history, ending with a discussion of its newest imprint, Archie Blue Ribbon, in April 2020.

Archie first appeared in Pep Comics No. 22 in December 1941, making the comic 78 years old. John L. Goldwater, the creator, said of Archie to the NYTimes in 1973: “He’s basically a square, but in my opinion the squares are the backbone of America,” naming him after a school classmate. The series was in contrast to Superman and other superhero comics that had started not long before, explains the NYC obit. 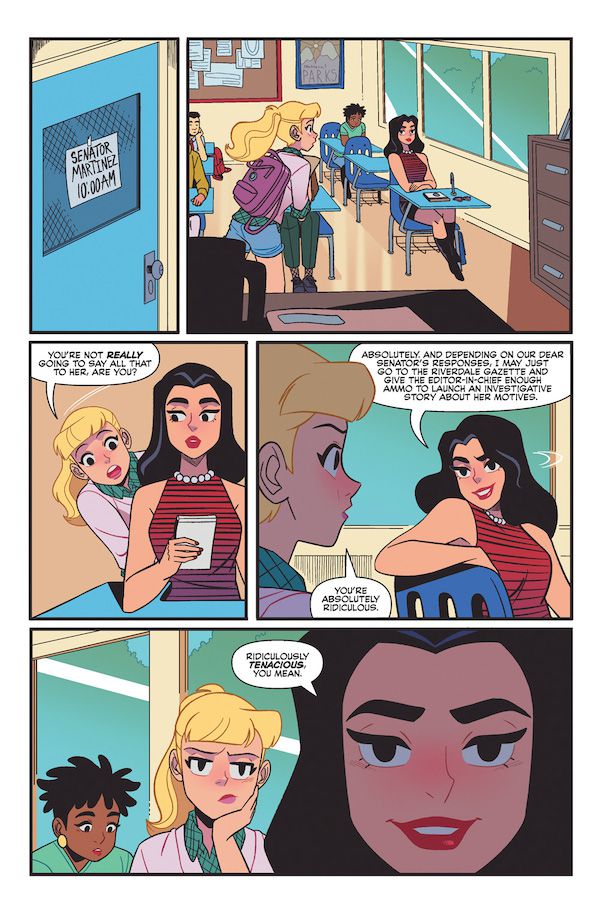 But Dan DeCarlo is credited for the quintessential look of Archie in the 1950s and 1960s, according to Vox. Interestingly, Goldwater licensed Archie for Evangelical Christian messaging, because “Although Jewish, Mr. Goldwater said the sentiments were in line with his wholesome family message.” Goldwater was also foundational to the Comics Code Authority in 1954, which self-censored comics for decades.

However, as the decades continued with Archie’s familiar tales, sales began to taper off. Jon Goldwater, John’s son, took over in 2009 after the death of co-CEOs Richard Goldwater and Michael Silberkleit, son of co-founder Louis H. Silberkleit (there was also a third co-founder, Maurice Coyne).

Goldwater instituted some technological innovations, such as the Archie Comics App in 2010 and digital releases in 2011. However, the Archie world began to substantively reflect the new era with Kevin Keller, the first openly gay character, in Life with Archie No. 1 on September 1, 2010. Keller would eventually have his own series.

2010 also saw Life with Archie: The Married Life, which showed two worlds where Archie marries Veronica or Betty and that in time was “transformed from a weird, vaguely sci-fi story about parallel universes into a ripped from the headlines epic that was sprinkled with liberal doses of fan service,” according to Den of Geek. In the series, Keller meets Clay Walker and the interracial couple later get married in issue 16. (Not everyone was happy with these changes, however.) 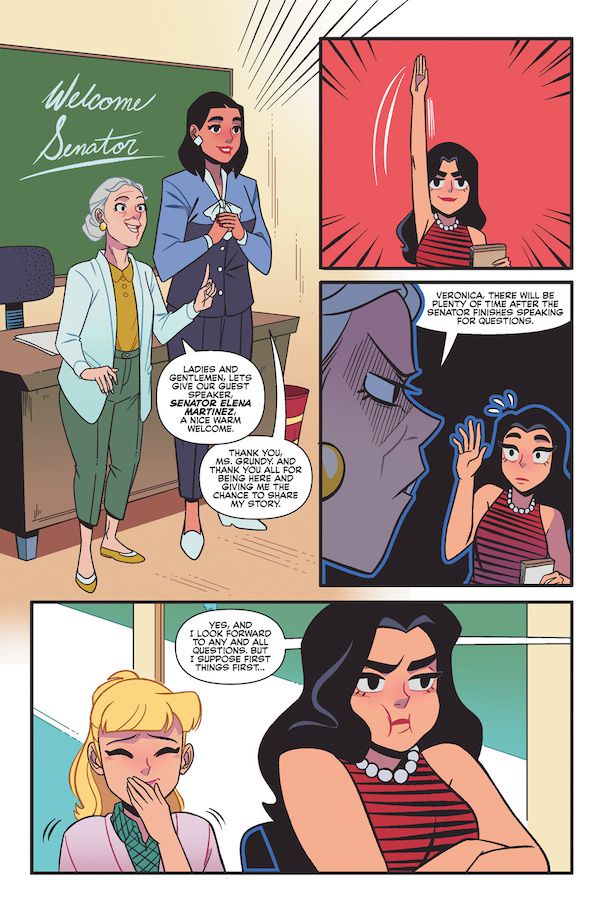 There were even Archie crossovers with famous bands like Archie Meets Kiss and later on, Archie Meets the Ramones.

But in 2013, Archie took a turn for the dark side with Afterlife with Archie written by Roberto Aguirre-Sacasa. In this plot line, Sabrina Spellman attempts to resurrect Jughead’s dog, who becomes a zombie and bites Jughead. This spell gone wrong basically unleashes a Zombie apocalypse in Riverdale.

The popularity of the series helped result in Roberto Aguirre-Sacasa’s Chilling Adventures of Sabrina in 2014 (you can read more about Sabrina here).

But even more dramatic, in 2014, Archie Comics added a new Archie comic to the lineup with writer Mark Waid and Saga artist Fiona Staples. Other characters got their own spin-offs, like Jughead and even Reggie. (Editor’s note: this post originally stated that the initial run of the comic ended at this time; it continued along with the new comics.)

And then of course, there was the TV show Riverdale that began in 2017 and later, the Chilling Adventures of Sabrina the Teenage Witch in 2018.

Now, Archie Comics will be debuting Archie Blue Ribbon imprint with Betty & Veronica: The Bond Of Friendship by writer Jamie L. Rotante and artist Brittney Williams in April 2020 and Riverdale: The Ties That Bind by writer Micol Ostow and artist Thomas Pitilli in November 2020.

Alex Segura, Archie Comics Co-President, explains about the new imprint: “The biggest growth in comics can be seen in bookstores and in the YA space, and our characters are perfectly suited to tell these kinds of stories…I have to point to our growing partnership with Scholastic as a big eye-opener. It showed us that there’s a strong YA readership for our IP, and it goes along with the huge awareness created by our media adaptations like Riverdale and Sabrina. It felt like the perfect time to really dive into the space and format.” 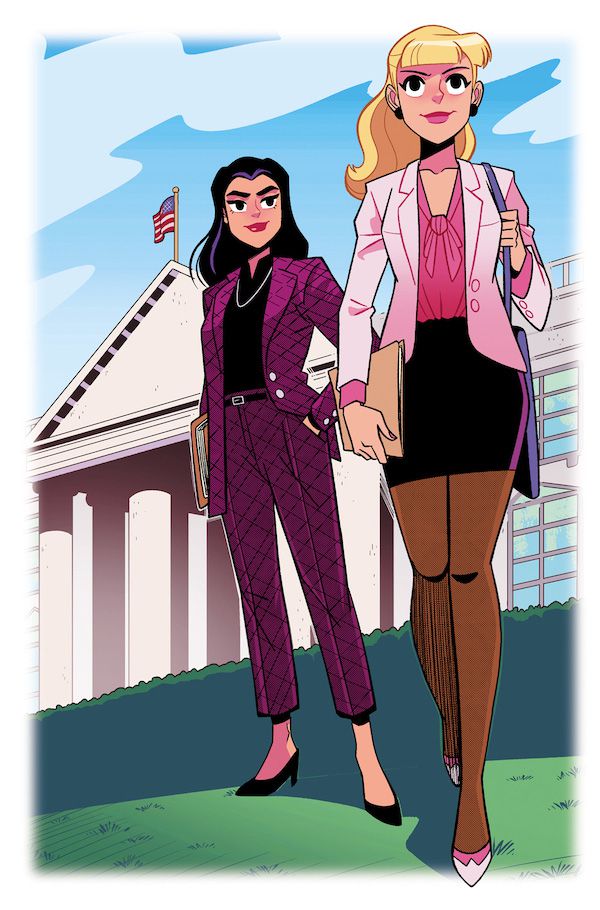 When asked about how these comics are differentiated from other Archie stories, Segura says, “These books are meant to be complete, standalone adventures that fit snugly in the YA space, telling heartfelt and engaging stories with the Archie characters.”

Rotante, the writer of Bond of Friendship, notes that she’s really looking forward to talking about future books in the imprint: “I can’t speak for Archie as a whole, but I think the ability to show our characters really coming of age and the various trials, tribulations, and surprises that come with that present a lot of really fun and heartwarming stories to tell. I’d also love to see the characters (even beyond the standard Archie universe) at different age ranges!”

Rotante continues: “I think it opens up the possibilities of having more realistic stories that allow the time and space to explore what goes on in each character’s mind, putting the focus on their internal and external struggles in an authentic way, without being bound by the parameters of a standard 20–22-page comic story.” 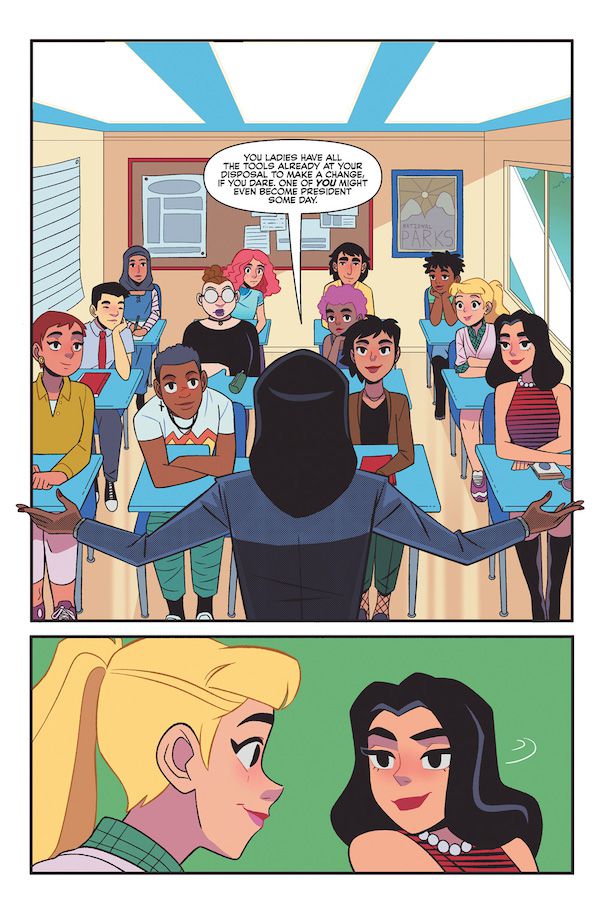 As for Bond of Friendship, Rotante is most excited about “getting the chance to explore a bit of a fantasy world with the girls. So much of the story takes place in their shared daydreams, which allows the space to put them in all sorts of future scenarios.” The basic premise is that Betty and Veronica meet professionals on Riverdale High School’s career day and they daydream each scenario.

When I asked artist Brittney Williams about her most favorite part of Bond of Friendship, she said: “The most exciting part is being able to draw the Archie universe. My favorite scene to illustrate was Betty and Veronica in space as astronauts!”

While the decade opens on this new imprint, it’ll be exciting to see what other titles in Archie Blue Ribbon and the Archie comic world will bring. If you want more Archie discussion, check out, this post on Archie Crossover wish list and life lessons from Archie and the Gang.