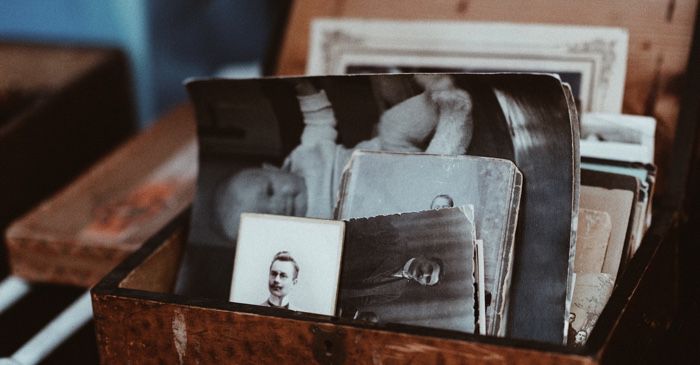 When I look back at my early reading life, I see it dominated by a particular kind of story. A young girl, generally middle grade age but sometimes older or younger, is the protagonist in a story that takes place sometime between the American Revolution and the dawning of the 20th century. Beginning with the American Girl books and pressing forward through Anne of Green Gables, Little House on the Prairie, and The All-of-a-Kind Family, I traveled across time, absorbing experiences from the adolescent days of Cleopatra in The Royal Diaries, a Dear America spinoff, to the Vietnam-era moral concerns of Molly MacKenzie Flaherty in Where Have All the Flowers Gone?, a Dear America diary set in 1968 Boston. Ever the dedicated reader, I picked up tidbits along the way that I would later have fleshed out for me in school and beyond as I turned to more nonfiction works on the subjects I had first been introduced to as a kid.

The two great loves of my work and academic life are books and history. The books came first, enticing me with the ability to step completely into a world that may not have been entirely factual, but gave me a sense of what it felt like to live in the past, and the curiosity about those time periods followed. After reading the books (and receiving the doll) of American Girl Molly, who lived on the World War II home front, I took every opportunity I could to quiz my grandma about her own experiences as a kid in the 1940s and flipped through my parents’ copy of Life at 100 to see photos from the war. These passions eventually led my to my career: first as a social studies teacher, and now as a school librarian.

If you’ve ever been in a history class, which you probably have, there are two common things that happen. The first, is that a student complains they don’t like history because it involves the memorization of dates and names in a boring cycle. The second, is a teacher who proudly announces that the class will NOT focus on the memorization of dates or names, but rather on the overall themes that the course material covers. This is treated like a revolutionary statement, meant to draw students into the material, but what it should really say is that while, yes, dates are nice for context, they don’t reveal what history really is. In other words, dates alone lack a story.

I have a degree in history as well as several years teaching it to others. I regularly read or listen to podcasts on historical topics that interest me, and I love a good, historical footnote. But if you ask me what I remember most about all the time periods I have studied, my most vivid accounts come not from a textbook or a timeline, but from the books I read. I can tell you about the youngest sisters in The All-of-a-Kind Family buying penny candy and fresh lox at the turn of the century and talk about how their family represented the working class experience in New York City at that time. I can recount for you the nasty plate of turnips that Molly refused to eat in Meet Molly: An American Girl and then explain why food waste was seen as so shameful during that era. I can read Wilfred Owen’s poems or Tim O’ Brien’s The Things They Carried to a military history class, and drive home the costs of war in a way that I would never be able to with PowerPoint slides alone. Some of these books are works of fiction while others are rooted in actual experiences, but all of them have added to my understanding of the historical narrative. As a history teacher, I loved to weave the different events of history together for my students to help them understand how everything is connected, and I hope that by doing so I made them more interested in the stories that illuminated the causes and effects of events in the past, rather than in memorizing just enough to pass a test.

Since I was a kid devouring historical fiction, there’s been a much needed conversation about whose story, exactly, is being privileged in both books and in how we study history. Critical reconsiderations of, for example, the work of Laura Ingalls Wilder are crucial in developing a more equitable, historical narrative. While series like American Girl and Dear America do include BIPOC protagonists, many of the heavy hitters in historical fiction for young people were exploring it from a very Eurocentric perspective when I was growing up. Part of my education has been unlearning these stereotypes and giving a platform to the stories of those who have been silenced.

Ultimately, I love history for the same reason I love books—when you open it up, someone’s story comes to life. I believe that first encountering the field of history through storytelling is what ultimately enabled me to love the subject and has led me to approach it not as the study of specific points in time, but as one long, interconnected narrative. These books opened a gateway to my understanding of the past, and have allowed me to develop a love of both history and reading in the present.