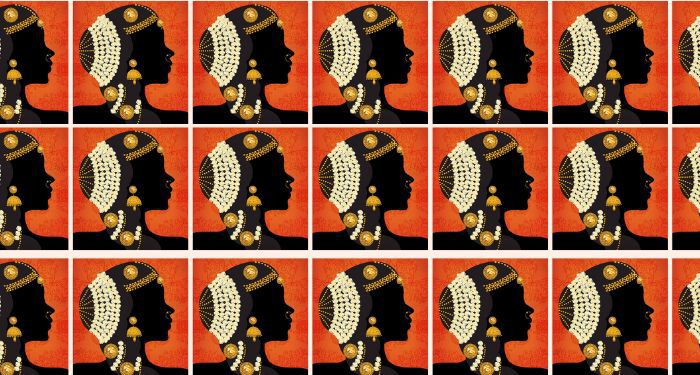 Hinduism is the oldest religion in the world still in practice today. You would think it should be easy to find some really good Hindu mythology books, but prepare yourself for this journey. There are 4,000 years of scripture and stories with texts so old that no one really knows who wrote them first. It is diverse and flexible, but most of all, it is dynamic. Hinduism already feels like a living, breathing entity. There is no single point of origin; rather, it emerged from the relationship between migrating Indo-Aryan people and the original inhabitants of the Indus Valley in what is now modern-day Pakistan. In some ways, the study of Hinduism is a study of human history itself; the gods an example of human ideals, and the stories reflect human behaviour.

My love for Hindu Mythology books is thanks to fellow Book Rioter, Senjuti. Last year, she shared a list of 15 of The Best Indian Mythology Books for Children. Senjuti’s list was built on careful consideration for the tone and historical representation in stories she had grown up with. Books such as We Come from the Geese by Ruby Hembrom and Boski Jain lift the voices of the Indigenous peoples of India, shining a light on stories previously absorbed into the mainstream. I fell in love with her list and have spent the last year soaking up everything from old epic tales to contemporary retellings. While my offering isn’t a complete list, it is a great starting point for anyone wanting to read more Hindu mythology books and immerse themselves in the ancient wonders of Hinduism.

I asked around a lot. Almost everyone suggested I start at the beginning and read The Rāmāyana, a Sanskrit epic with nearly 24,000 verses interspersed with the teachings of human life. The Rāmāyana tells the life of Sita, the Princess of Janakpur in Nepal and Rama, a prince of Ayodhya city in the Kingdom of Kosala. During Rama’s 14-year exile to the forest, Sita is kidnapped by King Ravana. Her abduction provokes one of the greatest wars of all time. 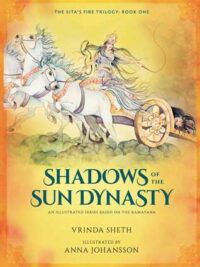 If you’re looking for a great book to ease you into The Rāmāyana gently, this book is perfect. Sheth has reimagined the original epic through the eyes of the women behind the throne. While remaining loyal to the story and Hindu beliefs, Sheth has also incorporated greater detail with both the social and political environment, building a world with vibrant characters and deeper humanity. Johansson’s sensual watercolour artwork compliments the writing with intimate portrayals of Rama, Sita, Lakshmana, and Ravana. The complete trilogy was released in a beautiful slipcase set earlier this year (March 2022) and included a Penguins Classic version of the original The Rāmāyana. 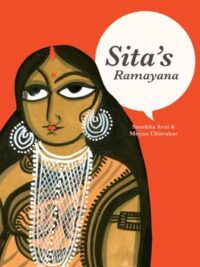 Even though The Rāmāyana is about Rama AND Sita, the focus of the story seems to be very much on Rama (hence the title). I much preferred Sita’s Rāmāyana as a more balanced retelling of The Rāmāyana. It doesn’t take away from the original story and its teachings, but rather reminds the reader there were more than the two men in the war for Sita’s freedom; Sita’s own experience is so often forgotten. This graphic novel uses Patua art, a traditional Bengali style, to capture the influence of the time. 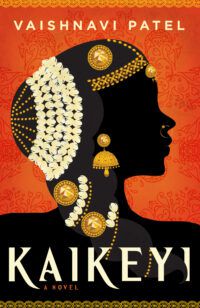 Time to flip the story and see it through the eyes of the villain: Kaikeyi, stepmother to Rama and she who requested King Dasharatha to exile Rama to the forest. Do not think this is some alternative redemption arc. This is an insightful consideration of the influences on women, questioning what truly makes a “villain.” A popular choice for fans of Circe and Medea.

More of The Mahābhārata

The Mahābhārata is the second of the great Hindu epics and the longest poem ever known, with over 200,000 verses. It is a war-torn story narrating the fight between two groups of cousins during the Mahābhārata War — the Kaurava and the Pāndava princes. Like The Rāmāyana, The Mahābhārata has been a staple for Hindu mythology books with its philosophical and devotional material. Every element of the Hindu faith and guidelines for a good human life is shared across these two tales. 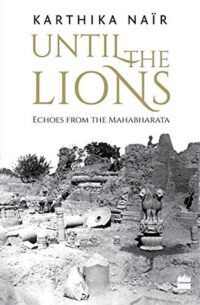 Until the Lions: Echoes from the Mahābhārata by Karthika Naïr

Naïr’s retelling of the Mahābhārata honours the original prose, using poetry to capture the epic nature of the battle while shining a light on the minorities cast off to the side in the original. Her poems retell the story through the eyes of soldiers, handmaidens, and princesses. Where The Mahābhārata may be considered The Battle of Hinduism, Naïr ensures that all characters have their chance to be heard. 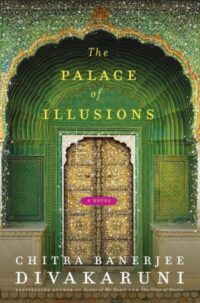 Divakaruni gives us Panchali/Draupadi’s perspective as wife to the legendary Pandavas brothers in the Mahābhārata. Yes, she was the wife to all five of them. That’s a story in itself right there. Divakaruni stays true to the original epic while exploring the thoughts and feelings of one particular character. It’s a unique perspective from a woman and allows us to see her as more than strategic objectification. Instead, we have the chance to see a character with ideas and plans of her own. 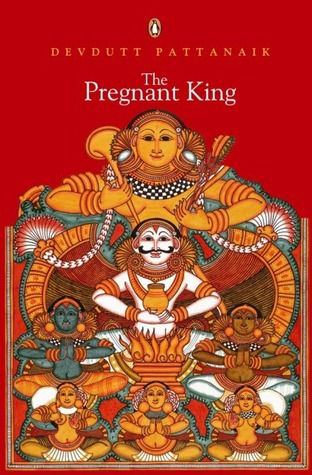 The Pregnant King by Devdutt Pattanaik

Against the backdrop of the Mahābhārata, there is a multitude of stories taking place, each of them guiding their own commentary on history and social behaviour. Gender identity is a big one but not usually as open to discussion. The title refers to Yuvanashva, a childless King who mistakenly drinks a magic potion intended to make his queens pregnant. While Yuvanashva was seen as a good king, the more interesting story is tied up with his identity, his sense of worth, and his sense of duty. 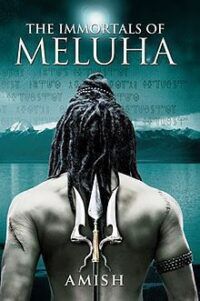 The Immortals of Meluha (The Shiva Trilogy) by Amish Tripathi

The first book in The Shiva Trilogy follows the plight of Shiva from extraordinary man to god status. Meluha refers to the land otherwise known as the Indus Valley and is also considered the birthplace of Hinduism. Over time, the people continue to experience environmental disasters and terrorist attacks from nearby. They put all their hope in the legend of a hero. This is a fantastical adventure about how the Hindu gods may have once been humans first. 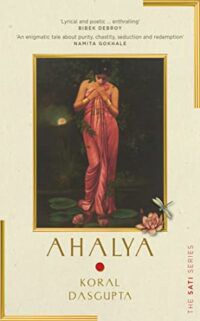 Ahalya’s story is fairly well-known in Hindu mythology. Ahalya was said to be created by Brahma himself as the idea of perfection. She was accused of adultery and cursed to stone by her husband Gautam, a sage who vowed to celibacy. But the adultery was a trick by Indra and part of a common insult to women: the expectation of innocence versus the desire for love. Dasgupta’s use of nature-inspired prose gives a beautiful setting to Ahalya’s story in both the myth and contemporary society. 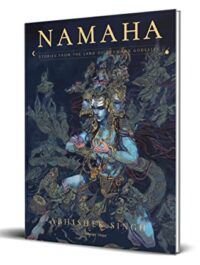 Namaha: Stories from the Land of Gods and Goddesses by Abhishek Singh

This book is more a visual journey than literal storytelling. While the blurb says “ancient Indian mythology,” it is important to know that does not mean an exact match with Hindu mythology. Singh explains in the afterword how these stories are “reimaginations of Vedantic, Puranic, and Upanishadic texts,” all part of Hinduism. The illustrations are part of a deeper message to connect with the older texts and allow the reader to explore the ideals of Hindu mythology. Each page gives something more to think about. It is beautiful and mesmerising, the perfect companion when you are reading other great Hindu mythology books.

Hindu mythology books share such an amazing and wide array of stories. The offering of such vibrant characters gives us plenty of opportunity to explore alternate views and fresh perspectives. You can also gain a better understanding of Indian history and Hinduism’s influence with Senjuti’s comprehensive reading list, as well as this examination of Hindu epics and whether they should be considered myths.