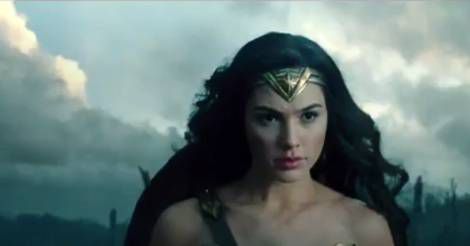 There’s been quite a bit of talk recently asking where all the Wonder Woman promotion is–Rioters even came up with some ads–so it’s nice to see that hopefully we’ve rolled into the BIG promotion cycle now that June 2nd is right around the corner: Last night at the MTV Movie & TV Awards Gal Gadot revealed the new trailer for Wonder Woman.

Witness the rise of a Warrior. Watch the NEW #WonderWoman trailer now! See the film in theaters June 2.💥 ⚔ pic.twitter.com/UEYqUMfzko

EEP! I was so excited while watching this I was vibrating! I also immediately watched it a second and third time. It seems to be on the darker side of comic adaptations while also having the humorous one-liners–and little Diana is amazing! Also, Gadot still makes me want to grow up to be Wonder Woman.

Do you have a favorite moment from the trailer?