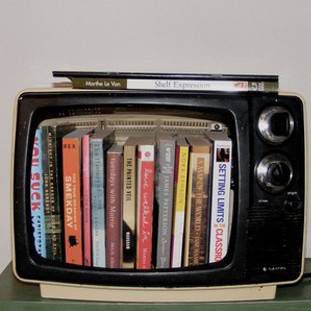 Last television season was an experiment. In the fall of 2011, ABC slotted their hour-long fantasy soap Once Upon a Time on Sundays, while NBC stuck their fantasy crime procedural Grimm on Fridays, which is like sending your average person into the wilderness with a Swiss Army Knife and half-empty canteen and being like, “Have fun!” Both shows are modern takes on Grimm’s fairy tales. Both shows did well enough to score second seasons, and when a subgenre of television survives the test of a first season, you KNOW that you’re going to see more of the same in subsequent development cycles. Thanks a lot Lost, we really appreciate you leading the way for Flash Forward, The Event, Alcatraz, Terra Nova, and Revolution, kisses and hugs, you’re the best.

So public domain adaptations are exactly what we are seeing in this fall season, both with series premiering/airing and pilot pick-ups. I think we might be done with fairy tales for a while (there were two Beauty and the Beast projects developed in this last development cycle. The one that’s going to series on the CW this fall is about modern-day Beauty and the Beast solving crimes together, natch). So network development is turning its attention away from centuries-old tales and focusing its efforts on adapting modern-skewing literature that falls in the public domain. And when I say adapting, I really mean adapting. On the airing-this-fall slate we have the second season of ABC’s dark soap Revenge, a modern, female adaptation of The Count of Monte Cristo with Amanda Clarke/Emily Thorne as Edmond Dantes/The Count and the evil power couple Victoria and Conrad Grayson as the evil power couple the Villeforts. And of course, OF COURSE we have the first season of Elementary, a modern Sherlock adaptation, a pilot that if you have been keeping up with Book Riot, you know I have many, many, many questions about. 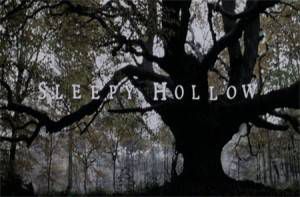 So that’s this season. Let’s talk about what’s developing for next season. We have dueling Legend of Sleepy Hollow modern adapations at Fox and the CW. In the Fox pilot, Ichabod Crane is an out-of-towner partnering with a female sheriff (who is probably NOT sexy and with whom he probably is NOT going to have sexual tension) to solve supernatural mysteries. In the CW version, Crane is an FBI agent assigned to the small town to investigate a series of mysterious murders. (Hint: The murders are happening because of magical evil.) (Actually I guess that’s not so much a hint as me just solving the mystery.)

If you’re seeing a pattern here- take familiar character from literature, add procedural element, and voila- quirky crime show… that’s because that is exactly what is happening. In addition to their Sleepy Hollow pilot, the CW also just picked up Wunderland, a modern take on Alice’s Adventures in Wonderland with Alice cast in the role of a modern-day detective in Los Angeles who discovers a hidden world beneath her city. Just in case you’re starting to think that all these adaptations are just awkwardly retrofitted procedurals, well I mean, they basically all are. But there’s also a Cyrano adaptation in the works at NBC, an hour-long romantic comedy set in the world of politics, with Cyrano as a genius-brained campaign strategist, Christian as the hot-but-so-dumb mayor running for governor, and Roxanne, the object of both their affections, a journalist covering the campaign. But if in the second season they all team up to start solving politically-skewing crimes together… I will be whatever is the opposite of surprised.

I have saved the best for last. There is a Tom Sawyer and Huckleberry Finn adaptation cooking over at ABC. This is GOOD, you guys. How are they going to adapt Tom and Huck for modern network television? I will tell you how. You’re not going to believe me, but you can Google afterwards, this is an actual piece of news that shows up on actual websites that print news. In this pilot, Tom and Huck are 20-something DETECTIVE PARTNERS solving MYSTERIES in NEW ORLEANS and everything is STEAMPUNK. Google it, Google it, I promise I am not making this up!

So what do we think of all these public domain adaptations? Obviously it makes a lot of business sense. Networks love a brand, because brands come with built-in audiences. They also love brands that are books published before the year 1923 because all that ish is freeeeeeeee. Lastly, networks love putting a modern spin on their public domain brands. Yeah right were all these shows going to be period shows. This is American television, not the BBC where everywhere either wears bonnets and aprons or is Doctor Who.

So it makes business sense, but my question is does it make audience sense? Are we as audience members excited about these characters we love in print making the leap to the small screen? Does recognizing these characters from AP English make you more likely to watch a show, or less? Do you think Alice in Wonderland and Ichabod Crane are going to be as good at solving mysteries as Sherlock Holmes? And am I the only one who is embarrassed-about-being-excited-but-nevertheless-excited about steampunk detectives Tom and Huck? I am embarrassed, I promise you this. But I’m also excited.