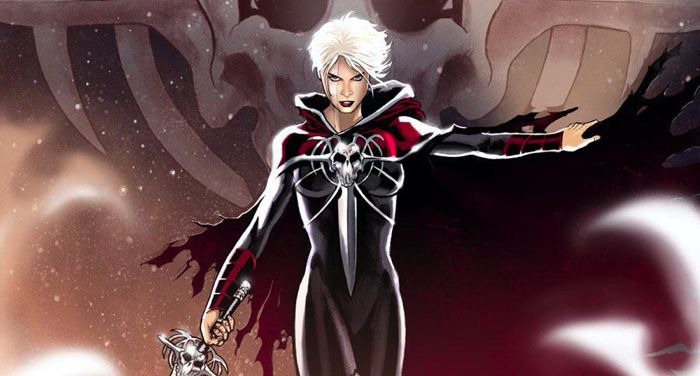 I’ve had a lot of time to think lately. Like many of you, I’m not a huge fan of too much mental downtime, and as this whole COVID-19 thing has stretched into its fourth month I’ve felt an increasing need to fill some of the empty spots between my ears. I’ve done so, at least in part, my giving myself little challenges that feel productive, if only to me. I’ve improved my bread baking skills. I’ve taken on knitting projects for which I had to learn new stitches. I made taiyaki for the first time. I wrote and submitted a horror novella.

Phyla-Vell has held two different legacy titles in the Marvel Comics Universe: Quasar and Captain Marvel (she is the daughter of the genetically engineered woman Mar-vell loved and who used his DNA to create Phyla, but only in the scientific sense so no, I’m not even going to try to draw that family tree). Phyla-Vell chose a third moniker, Martyr, while acting as the Avatar of Oblivion (male version of Death, sort of?), a job she took on as part of a deal she made to save her partner Moondragon’s (she of the physiologically impossibly and physics defying one-piece) life. So, yeah, she’s used pretty much every name in the Marvel Universe except her own, which is fine because she also spend time with the Guardians of the Galaxy and come on…Starlord? A powerhouse in her own right, Phyla-Vell has fought some of Marvel’s heaviest hitters including Thanos and the Inhumans. She has also done time inside the Soul Gem.

I mean, this one is a gimme but I can’t not include the Emerald Archer. Rich, judgmental hippie with good intentions and spitter of terrible puns. Fighter for justice and crafter of boxing glove arrows. Loving partner who makes occasional terrible decisions. Dad who gives up on his adopted kids a little too easily and yet manages to tolerate Hal freakin’ Jordan as a best friend. Ollie is fundamentally a decent human, though, which puts him head and shoulders above many of his compatriots, as does his possession of a sense of humor. Honestly, beyond my boredom with the man-pain, one of the main reasons I stopped watching Arrow was the fear Stephen Amell’s face would actually crack if he so much as smirked (which means Neal McDonough’s 2013 turn as Ollie in the Green Arrow DC Showcase Short is still the character’s best screen portrayal—ironic as he played Queen’s nemesis Damian Darhk on Arrow). 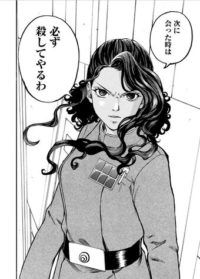 I debated whether or not Ciena Ree belonged on the “hero” list or needed to be partitioned off with the “villains” A–Z I’ll surely be doing at some point. She is, after all, an Imperial, and remains one even after the Death Star attack on Alderaan, despite her best friend Thane Kyrell’s moral crisis and eventual defection. Ciena is a hero, though, of a sort—a young woman at a distinct economic and social disadvantage who worked her ass off to make a better life for herself, who refused to let anything stand in the way of the training that would give her access to the life she wanted. She’s a woman from a society in which a person’s word is her bond; she took an oath and, as her honor demands, she keeps it even when doing so is messy and complicated, even when it puts her at odds with the only stable thing, the only stable presence, in her life. Do I wish she’d turned Rebel the way Thane had? Absolutely. Do I like her? No, I do not. But I do have to respect her dedication if not that to which she has dedicated herself.

The star of a titular book published by Raj Comics, Shakti was once a human woman named Chandra; when she discovered her husband was killing their daughters, her rage opened her to the goddess Kali. Kali used Chandra’s body as a vessel for a spirit of vengeance. Now Shakti is in possession of godly powers including fire, the ability to turn any metal into a weapon, and a third eye, the newly minted hero kills her murderous husband and goes out into the world to do good works. Able to disguise herself as Chandra when she wishes, Shakti can hear the cries of women in distress and answers those calls, liberating her sisters by any means necessary. 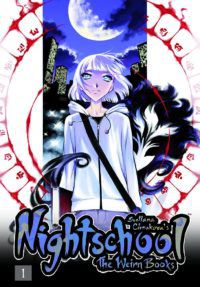 Alex is a witch who, unlike her compatriots, is homeschooled in all subjects, mundane to magical, rather than attending the Nightschool.  Her sister Sarah, however, spends plenty of time at the school as a Keeper. One fateful night while Sarah is at work, Alex goes to the cemetery for vampire observation and then finds herself suddenly back home with no recollection of how she got there and a gap in her memory. When three hunters are injured at that same cemetery and hang suspended between life and death, Alex goes to ask for Sarah’s help in finding a connection only to find that Sarah has vanished so thoroughly, no one at the Nightschool remembers she ever existed…

Whew. One more round on heroes and then on to…villains? Art? Cities? Settings? So many comics, and luckily, at least at the moment, “plenty” of time.