As news broke about HB 2044, legislation proposed in the state of Missouri which would open wide the doors to rampant censorship of library material and prosecution of librarians, librarians and library advocacy groups got to work. 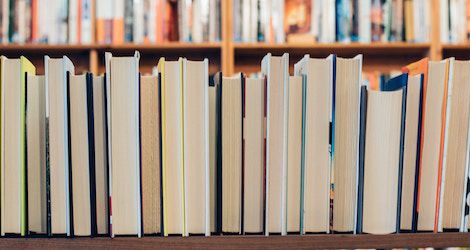 Dudenhoffer noted that the organization is working with both the American Library Association’s Office of Intellectual Freedom and the Chapter Relations Office to ensure support and appropriate action takes place to update the bill.

In communicating with Representative Bill Baker, it became clear that the bill’s intent did not match the language in which it was presented.

“Baker has said that he was not focused on censoring materials, but instead was concerned with programs like Drag Queen story time, but the bill only mentions materials,” she said. “The bill as written has several pieces that we believe will be deemed unconstitutional, and it has yet to be assigned to a committee. We hope that advocacy efforts can stop it before that happens.”

While librarians in Missouri are working t0 ensure that intellectual freedom remains unencumbered, EveryLibrary, the only political action group for libraries in the United States, began reaching out to Missouri legislators in order to draft a response. Founder John Chrastka and Political Director Patrick Sweeney set up a nation-wide petition to send the message that bills like HB 2044 and other similar materials-censoring legislation are unconstitutional and a violation of individual rights.

“We’re deeply concerned by the idea of throwing librarians in jail or fining them if a child sees something that a quasi-governmental tribunal deems ‘inappropriate’. Librarians help parents with the skills to make good decisions for their own families,” said Chrastka. “Each and every library already has an open, transparent, and consultative process to review materials. It’s a bad bill, patently unconstitutional, and another front in the culture war, plain and simple.”

Regardless of residency, everyone opposed to this bill, which sets the stage for similar bills across the country, is encouraged to sign the petition.

The petition emphasizes the role librarians play in materials selection, noting that they’re experts at selecting age-appropriate print, visual, and audio materials for their communities. It also highlights the role parents play in helping their children seek and borrow material that best reflects their intellectual and personal preferences.

“The decision to access materials in the library should be a decision made between a parent and their own children and not a new bureaucratic, unregulated government tribunal,” notes Every Library’s petition.

But perhaps most striking in the language of the petition is the cost of such a bill to taxpayers of Missouri.

“If we start sending librarians to jail over the content of books, it costs approximately $31,000 to house an inmate in prison for one year in Missouri. The cost of this bill is also exacerbated by the fact that each library in the state must hold a publicly funded review panel election for every 5 person review board required. Is this how we want our tax dollars to be spent?.”

As news of HB 2044 spread, other national organizations against censorship rallied behind supporters of intellectual freedom.

“This is a shockingly transparent attempt to legalize book banning in the state of Missouri,” said James Tager, deputy director of Free Expression Research and Policy at PEN America. “This act is clearly aimed at empowering small groups of parents to appoint themselves as censors over their state’s public libraries. Books wrestling with sexual themes, books uplifting LGBTQIA+ characters, books addressing issues such as sexual assault—all of these books are potentially on the chopping block if this bill is passed.”

Tager and PEN America further noted that all Americans should be worried about this attempt at government-sanctioned censorship, whether or not they’re Missouri residents.

“The fact that a librarian could actually be imprisoned under this act for following his or her conscience and refusing to block minors from access to a book, that tells you all you need to know about the suitability of this act within a democratic society,” Tager added.

The American Library Association, as well as the National Coalition Against Censorship (NCAC), also spoke out against HB 2044.

“Missouri House Bill 2044 clearly proposes policies and procedures that threaten library users’ freedom to read and violate our deeply held commitment to families’ and individuals’ intellectual freedom, as expressed in ALA’s Library Bill of Rights,” said Deborah Caldwell-Stone, OIF director and Executive Director of the Freedom to Read Foundation.  “We support the right of families and individuals to choose materials from a diverse spectrum of ideas and beliefs. Public libraries already have procedures in place that assist parents in selecting materials that fit their family’s information needs, while not censoring materials or infringing upon the rights of other families or patrons to choose the books they want and need. ALA is working strategically with the Missouri Library Association to identify the best means to address this legislation.”

NCAC shared the statements from both the American Library Association and MLA, adding that they stand behind their efforts.

While it appears this bill will proceed no further than where it currently is, it’s more than worth keeping an eye on. As history and as the country’s political climate has shown time and time again, a single proposal like this can lead to a rash of copycat bills elsewhere—as well as bills which seek to up the ante in their attempts at denying rights to citizens.

Censorship, no matter what form it takes, is unconstitutional.