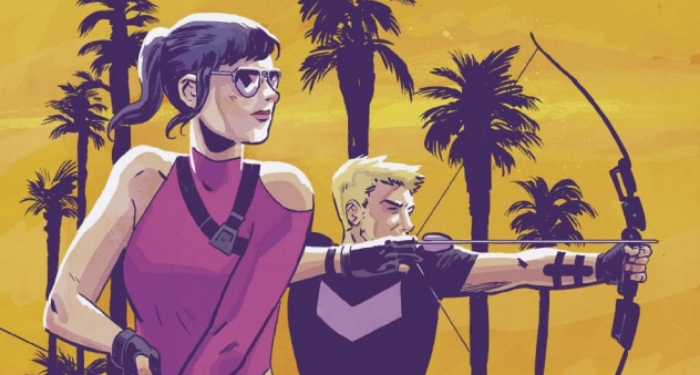 Once upon a time I would’ve said that when it came to superhero TV shows, DC reigned supreme. But these days Marvel is really giving them a run for their money with all these big budget, big name–led Disney+ shows. Maybe it’s because they’re focusing on miniseries-like seasons rather than episodic arcs. Either way, the format is really working for them — and also allowing for a lot of great new characters to be introduced. Enter: Kate Bishop.

Featuring beloved characters alongside introducing new ones, Hawkeye managed to — mostly successfully — juggle a large cast of characters with unique and overlapping storylines. Not only did we get Kate Bishop and Clint Barton, but a number of other recognizable heroes and villains I imagine we’ll be seeing more of in the future. And can I just say: it’s so good to see Clint Barton finally done right. There have been hints of that patented mixture of exasperation and exhaustion I so love throughout the franchise, but not like this.

And whether you’re a longtime Hawkeye fan or just falling in love with the characters for the first time, you can’t go wrong with any one of these eight comics to read after watching — and loving — Hawkeye. You’ll find: more Kate sass, more exhausted Clint, more Lucky the dog, and maybe even some other great superheroes you’ll recognize along the way.

Spoiler Warning: Mild to moderate spoilers for Disney’s Hawkeye lie ahead, including mentions of characters that appear in later episodes and some implications about their storylines. Read ahead at your own risk if you haven’t watched the series yet. 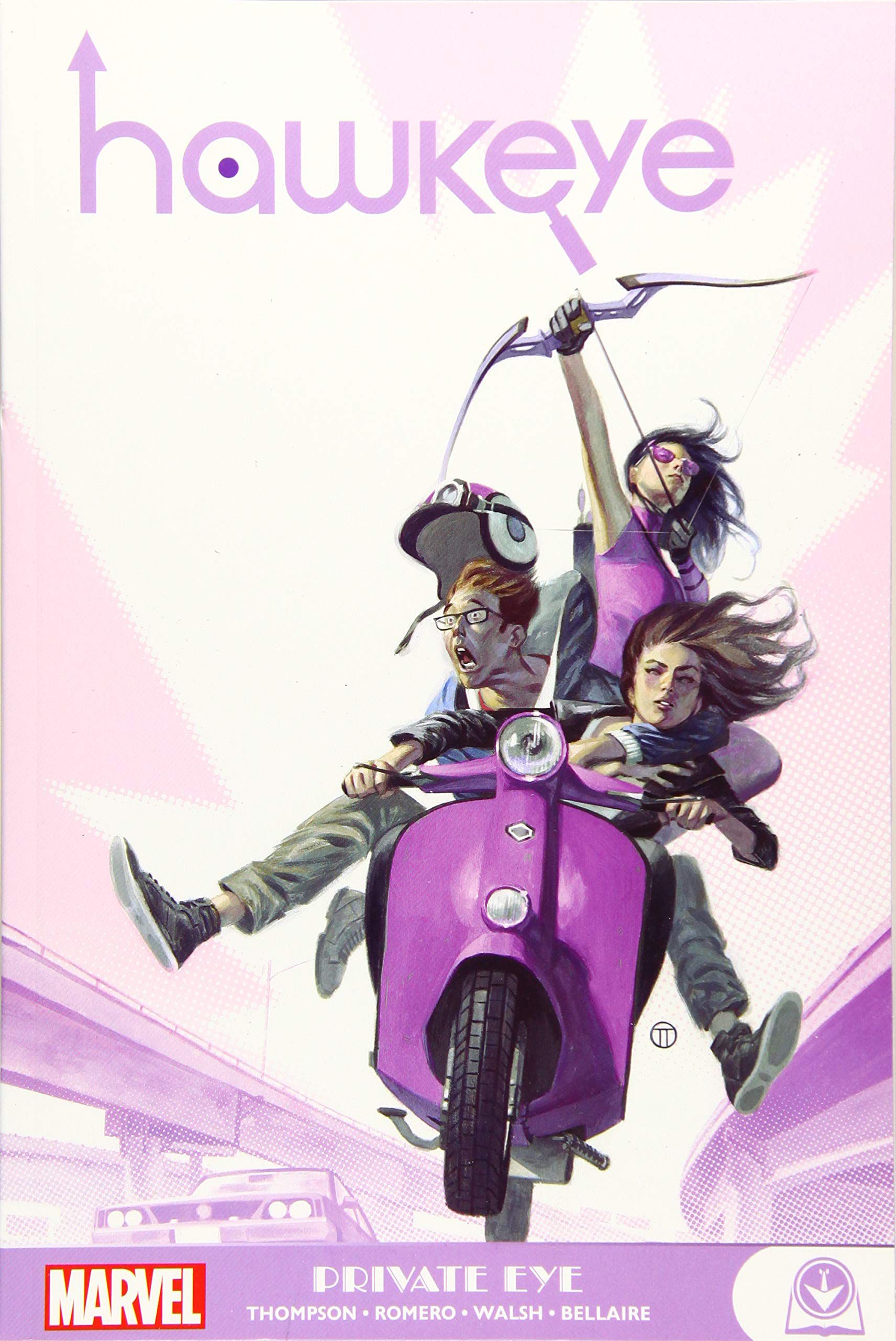 Kate Bishop, AKA Hawkeye, is setting up shop as a private eye in Los Angeles. But managing life as a private eye and one of two Hawkeyes can be pretty tough, especially when mind-controlling cults and clones keep getting in the way. Special guest appearances from: renowned P.I. superhero Jessica Jones, Lucky the dog, and Laura Kinney as Wolverine. This series show’s Kate in fine, brazen form, with all the jokes and one-liners she can fit between shooting arrows at bad guys. Because, hey, a superhero’s gotta do what a superhero’s gotta do. 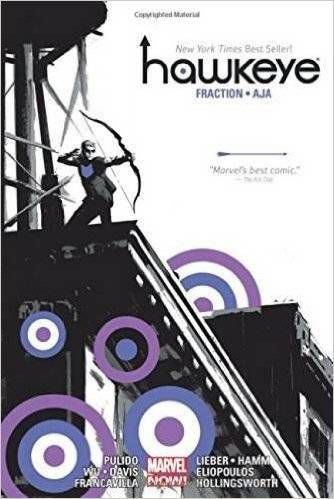 The run that got me into Hawkeye and clearly one of the big inspirations for the Disney+ series considering Fraction was a consulting producer for the show. You’ll recognize the track suit mafia that plays a major role in Hawkeye and some other fun Easter eggs. My favorite part of Fraction’s Hawkeye, though, is without a doubt the Kate and Clint banter. So good. 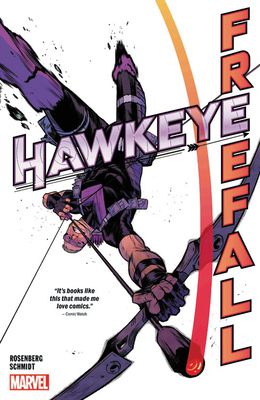 When a new Ronin begins terrorizing the streets of New York, all eyes turn to Hawkeye. But with a new villain on the scene, Clint has more to worry about than who’s wearing his costume. When his mission sets him on a collision course with the Ronin’s secret plans, though, only one of them will walk away from the fight. This is another one where we can see some definite similarities to the Disney + series, so if you want to dive deeper into Clint’s past and his connection to Ronin, this one’s for you. 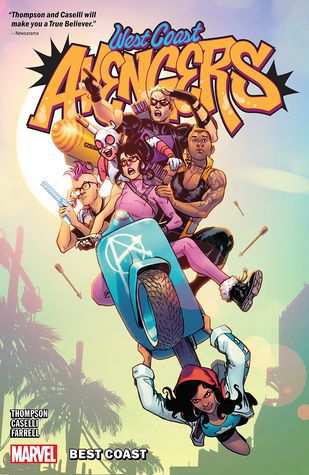 After realizing there’s no team of superheroes protecting California, Kate Bishop reforms the West Coast Avengers. But, turns out, there aren’t many superheroes available — or interested. Alongside America and Clint Barton, she recruits Gwenpool, Kid Omega, and her boyfriend Fuse to keep the West Coast safe from all sorts of villainy. Because, well, they’re all she’s got. Lots of great Kate and Clint interactions in this one, plus some really fun storylines. 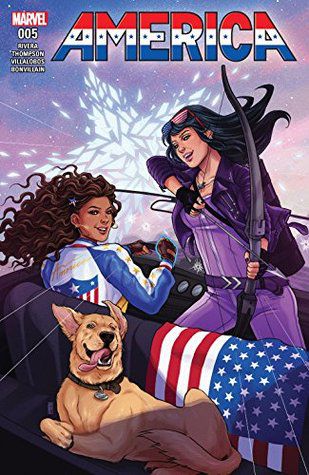 BFFs America and Kate are reunited in this issue of America by Gabby Rivera. The two former Young Avengers get back together to take on a new threat when semi-legal private eye Kate Bishop finds herself in over her head on a new case. In comic book lore, Kate’s been doing this whole crime fighting thing for a while now (see: Young Avengers, West Coast Avengers, THE Avengers, etc.) so it’s fun to see her interacting with her superhero friends aside from the other Hawkeye. 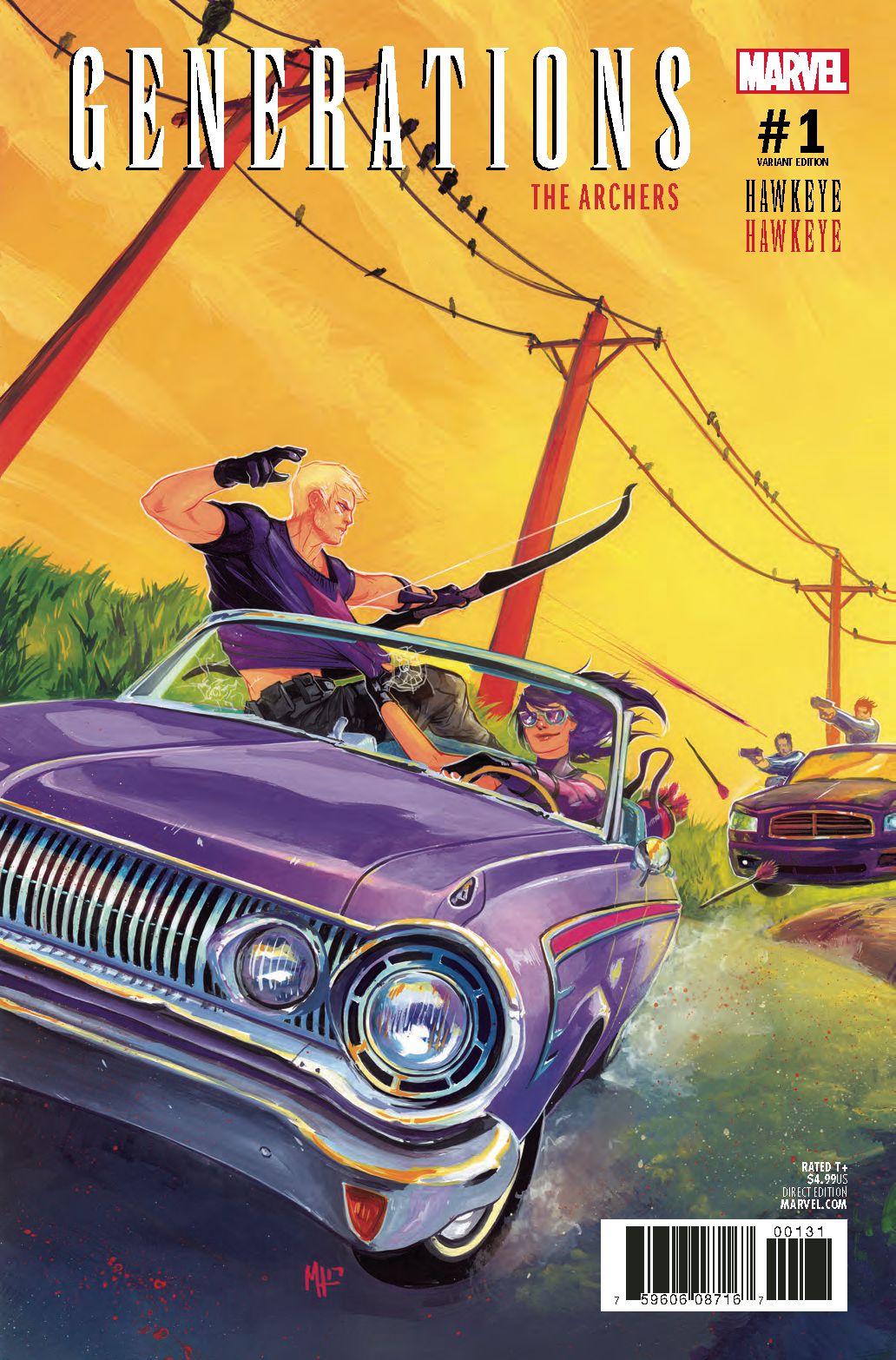 Another Hawkeye + Hawkeye team up. And this time, it’s Kate who’s got to save Clint when she finds herself in the middle of a battle royale with an inexplicably young Barton and just about every Hawkeye enemy imaginable out to kill him. It’s Kelly Thompson writing, so you know the banter is good and the sass is constant. 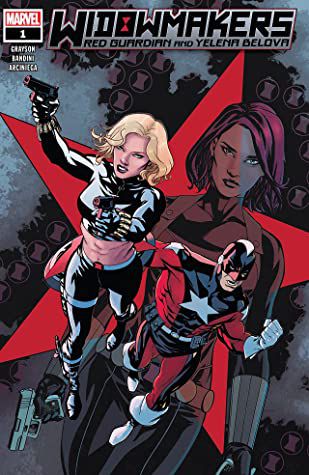 Can’t get enough Yelena? I feel you. Even when acting as an antagonist, I just can’t root against that incredible, sassy assassin. Her comic origins and storylines differ quite a bit from the MCU, but if you want to delve more into her character, Widowmakers is a pretty good place to start. It also features the Red Guardian, but, again, pretty different from the movies so don’t be surprised when you find out she was maybe, at one point, kind of married to Natasha. Yeah, I did try to warn you. 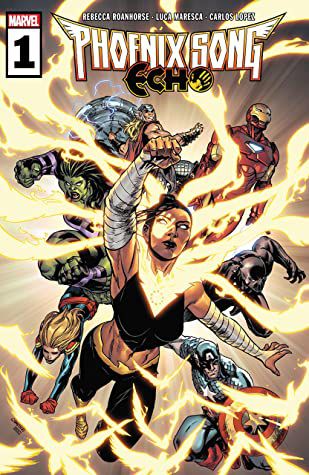 If you, like me, were instantly taken in by one of Hawkeye‘s breakout characters, Echo (played by Alaqua Cox), this is the series for you. After being chosen as the new avatar of one of the most powerful forces in the Marvel universe, Phoenix, Echo must come to terms with her new cosmic powers. It’s not just overwhelming new abilities Echo has to worry about, though. There are forces out there determined to see the former street fighter fail, which would unleash forces only the most powerful of Marvel superheroes have ever been able to control.

Learn more about Hawkeye’s origins or Kate Bishop in these articles about why she’s too good for the Avengers and how Kelly Thompson perfected her voice.