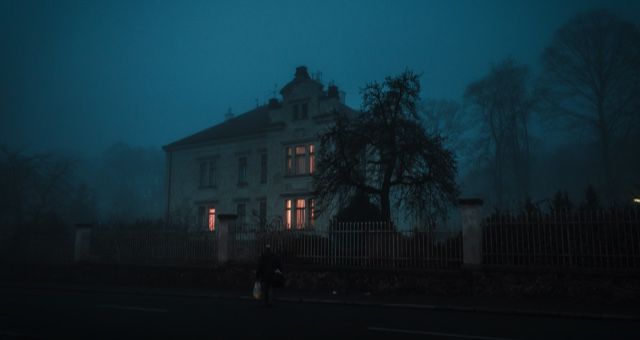 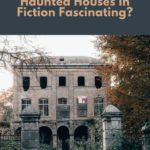 Haunted houses are the ultimate buyer beware scenario. For well over a century, we’ve seen more than our fair share of protagonists taken in by a deal they can’t refuse on a property that turns out to be a nightmare rather than the promised dream home. It happens in a number of ways. It’s a bastion of hope when they need a fresh start. A dead person leaves unsuspecting relatives an awesome home, which has likely fallen into their lap at just the right time. Perhaps there is a great deal on a house you can’t turn down. Don’t mind that pesky cemetery in spitting distance. I mean, what’s moving an entire cemetery around to build a new subdivision over it? And really, what does, “the land is spoiled” mean exactly? Are we talking spoiled surprise, or month old rotten milk spoiled? In most cases it’s a ghost filled version of the latter. In the world of horror, there is no House Flippers for the terminally haunted.

So what is it about the haunted house that spans media types? What is it about the concept that transfixes both audience in the land of imagination, and truth seekers in the science world? Why is this one of those subjects that bridges the gap between fact and fiction? And how do we define a haunted house, really? One might argue that the pesky property in question has to be brimming with unwanted spectral roommates. It could also be said that a house can be haunted by the lingering energies of tragedies and strong emotions. It’s been rather poetically said that some homes are haunted by memories. The buck does not stop with poltergeists. Can we define a root cause? Some say climbing ivy invites termites. The perfect combination of fungus and an abundance or lack of moisture can rot a home from the inside. So what does it on a spirit level? 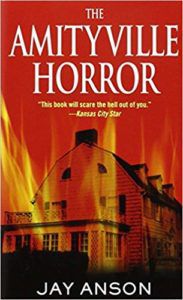 The Amityville Haunting is a famous case that straddles fact and fiction. It’s spawned a whole series of movies, books, and documentaries; some directly from the perspective of the children. So what really happened? The facts; Ronald DeFeo murdered his family in 1974, and in 1975 received six consecutive 25 year to life sentences. In December of 1975 the Lutz family purchased the house, and only 28 short days later George and Kathy and their three children fled the property in the middle of the night. Beyond that, the debate over what happened in the house has raged for more than four decades. Were they haunted by ghosts, or some wicked demonic presence? Jay Anson and Frances J. Armstrong explore the facts of the case in The Amityville Horror and The Real Amityville Horror: The True Story Behind The Brutal DeFeo Murders. John G. Jones has written an entire series starting with The Amityville Horror II, though I will leave its being fact or fiction throughout the series up to the reader. 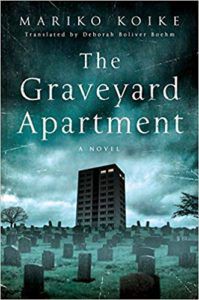 Literature has proven where there are people and abodes there are hauntings to be had. Haunted houses are not strictly a western problem. The Graveyard Apartment by Mariko Koike takes us down the path of a good deal gone wrong. Tokyo is one of the top ten most expensive cities in Asia to reside. That being said, if an apartment pops up near a good school, what family would let a little thing like a graveyard right outside their window stop them from signing the lease? A mangled bird cage, gusts of wind, and so on can be explained away. The dog got excited and wanted to play with the bird does not a convincing justification make. Our protagonist even finds a way to justify the slow exit of all other residents in the building.

Relatives. Always borrowing money, coming out of the woodworks at funerals, and of course those pesky distant ones popping up to leave you too good to be true homes. We think oh, a coat of paint and it’ll be fine. No, dear reader. Inevitably this gift is anything but. Take Edgar Cantero’s The Supernatural Enhancements, for example. A. is the poor sap who shares genetics with Axton House’s previous owner, a mysterious second cousin twice removed who just so happened to swan dive out a window at the exact same age as his father before him. He and his mute teenage companion move into the sprawling mansion in Point Bless, Virginia, but rather than a posh lifestyle they find themselves up to their ears in mystery. Between suicides, vanishing butlers, and hedge mazes what in the world is going on? Relatives, that’s what.

And finally: over-zealous scientists. Ain’t it just always the way? A brilliant mind seeking to unlock the mysteries of the universe with some poor group of psychics and sensitives. In what is widely regarded as one of the best haunted house novels of our time, Shirley Jackson introduces us to Dr. John Montague and his hapless band of psychics. Dr. Montague seems to be of the opinion that three sensitives in a house with a violent history alone for a weekend will work out just swimmingly. Now if it were what kind of a horror novel would this be? Some 12 years after Shirley Jackson’s original publication of The Haunting of Hill House another author, Richard Matheson, sent his group of lab rats, lead by Dr. Lionel Barrett in this instance, to enter the infamous Belasco House. When the neighbors call the property “Hell House,” this will likely not be a weekend holiday.

We scream at the pages and yell at the screen. “Why don’t you leave?!” I think we’ve seen here that’s simply not always possible. In some cases not even going in the first place isn’t an option. Haunted houses are these great looking beasts plaguing our nightmares, but how do they get us? They’re stationary. It’s not like they can chase us down like The Wolf Man, or charm us off our feet like Dracula. It’s need that drives our victims. Be it the need for answers, a home, an escape, the end results the same. Our poor protagonist will find themselves caught in a spiderweb of wood, nails, and very unfortunate outdated wallpaper. We would all love to say we wouldn’t walk through the front door, but if the need is great enough could you say no?