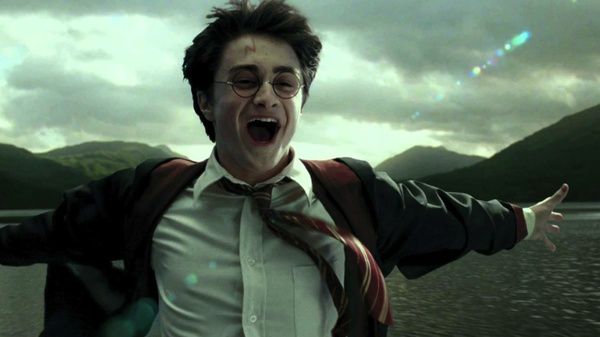 It’s been more than twenty years since the publication of Harry Potter and the Sorcerer’s Stone, and yet it seems like after all this time, new and exciting ways to experience J.K. Rowling’s magical wizarding world are constantly being released. Case and point: Spanish-language versions of the Harry Potter books are now available for the first time ever in digital audio. Not only can an entirely new audience can experience the magic for the first time, but seasoned fans can experience it all over again, in a whole new way.

My mother and I have always had a contentious, and fairly stereotypical, relationship. A deeply religious Indian mother, who never expected to leave the culture, customs, and city she had grown up in, she spent most of my childhood trying to protect me from being indoctrinated into Western ideals that, to her, screamed danger at every turn. No dating, no going out with my friends unless it was to a school-sanctioned event. I wasn’t even allowed to pick out my own clothes for school until I was 13. I spent a lot of time lying to her. I used to sneak clothes into my backpack to change into at school. I’d tell her I was at my best friend’s house when I was really just getting picked up from there by my illicit boyfriend. I was at a study group that met solely to dissect The Matrix Revolutions at the movies.

You can read an excellent excerpt from The Good Immigrant: 26 Writers Reflect on America.

Magical Negro takes its title from the cinematic trope first identified and named by director Spike Lee, referring to the familiar Black stock character in movies who has one, sole narrative purpose: to aid the white protagonist with their mystical or extraordinary abilities. (Think Oda Mae in Ghost or John Coffey in The Green Mile.) Parker’s collection redefines the age-old archetype by imbuing it with new interpretations of magic in relationship to Blackness. “I’ve always thought of it as this straw man for white people,” Parker explains. “I was playing with that idea and that viewpoint, but also thinking about ‘Black Girl Magic,’ which is cool, but I’m also a real person, so I wanted to explore what is magical about us according to us.”