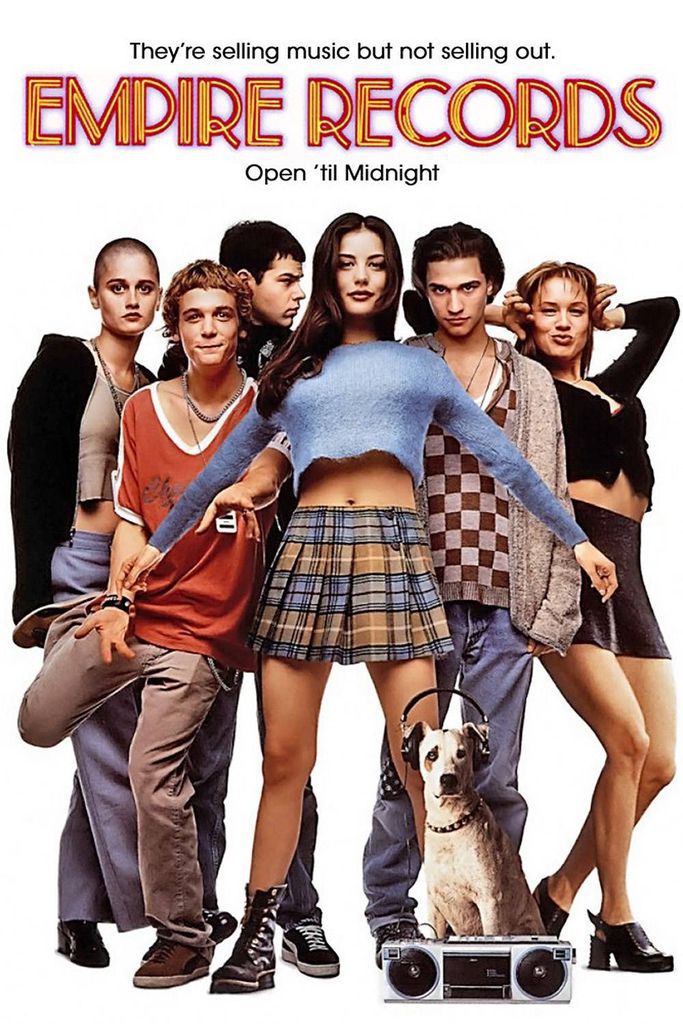 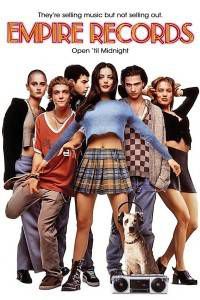 Every April 8th, the internet celebrates Rex Manning Day. What is Rex Manning Day, you ask? Oh, it’s only the one-day setting for one of the best ’90s movies in existence, Empire Records.

Here’s a primer: the events of the movie take place over the course of one day, in a record store. Rex Manning is the past-his-prime pop star who is doing a meet-n-greet and autograph session at the store that day. Hence…Rex Manning Day.

How do we know it’s on April 8th? The internet did the work for us and catches a glimpse of the date on a poster.

And this year marks the 20th anniversary of the release of Empire Records. To celebrate the occasion, we’re making some book recommendations for the Empire Records characters. Some were easier than others, so leave us your suggestions in the comments. (Do you have to give SPOILER warnings for 20-year-old movies? I don’t know, but if so, here is it. This is pretty spoilery.) 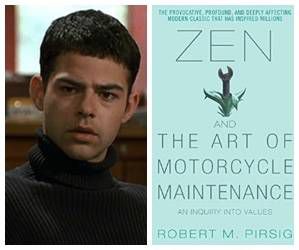 First up, Lucas. Lucas, who discovers that the indie music store is about to become a chain (oh, the ’90s) and decides to do something about it by stealing the day’s take – nine grand to be exact – and heading to Atlantic City to turn it into big bucks. That plan…doesn’t exactly pan out. While it would be tempting to suggest a heist book for Lucas, like Ballad of the Whiskey Robber, I think he would be better served by Zen and the Art of Motorcycle Maintenance. I mean, he rides a motorcycle, and he delivers lines like, “What’s with today, today?” So apropos. 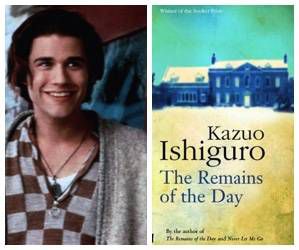 AJ is one of my favorite fictional crushes (right behind Jake Ryan in Sixteen Candles). He could probably use a book to help him tell Corey that he loves her by 1:37 exactly, something like The Five Love Languages. But that might be a bit to literal for his artsy sensibilities so I suggest instead The Remains of the Day, to understand how horrible unrequited love actually is, or Nick and Norah’s Infinite Playlist, to relate to how amazing it is when everything comes together in one perfect day. 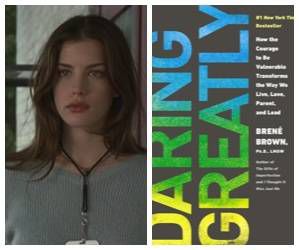 Corey is going through some shit, and let’s be real, she’s not living her best self. But she can! Daring Greatly is all about learning to be vulnerable and becoming stronger for it, which she’s going to need to go to Harvard, get out from under her dad’s thumb, and make it work with AJ. I also want her to read The Age of Innocence; a story about shrugging off society’s expectations is a good lesson in non-conformity. 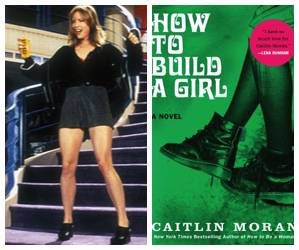 Gina is just trying to figure out how to grow up, how to be her own person, and do the things that make her happy, like sing in a band. She’s gotta read Caitlin Moran’s novel How to Build a Girl, followed immediately by her memoir, How to Be a Woman, both of which recognize that we’re not all perfect, we can be badass chicks without doing things we’re ashamed of, and feminism comes in lots of flavors. 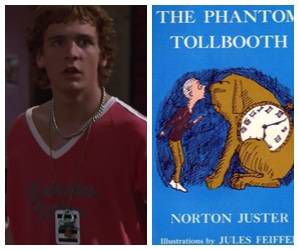 Mark probably doesn’t need the encouragement to get more whacked out from a book like Fear and Loathing in Las Vegas, but his trippy brain is probably primed for The Phantom Tollbooth. And because Mark is exuberant to the nth degree, I love the idea of taking the metal head down a few notches with classic children’s lit. 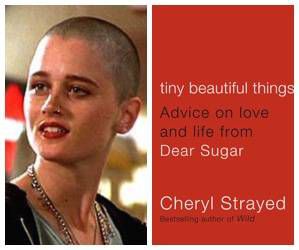 Deb needs, NEEDS Tiny Beautiful Things in her life. She’s smart and sad and needs some gentle wisdom like this gem: “Most things will be okay eventually, but not everything will be. Sometimes you’ll put up a good fight and lose. Sometimes you’ll hold on really hard and realize there is no choice but to let go. Acceptance is a small, quiet room.” Sugar makes everything better. 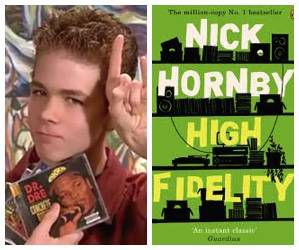 Warren, the adolescent shoplifter-turned-wannabe-employee just wants to work in a record store. What better intro than Nick Hornby’s High Fidelity. 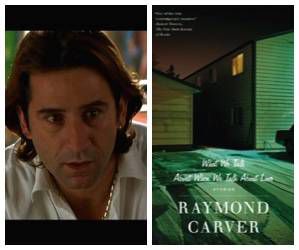 Joe manages Empire Records and seems to be the boss-slash-dad-figure that everyone loves. Even when he’s laying down the law. As tempting as it is to suggest a management book about running a business, especially a really hard business like a music store (think a book like The Hard Thing About Hard Things: Building a Business When There Are No Easy Answers), I don’t think he really needs the help in that area. Instead, I suggest Raymond Carver’s story collection What We Talk About When We Talk About Love. Carver’s characters have problems of their own. They drink and they have issues and Joe’s life has been twisty and complicated; he and Carver would have lots to talk about. 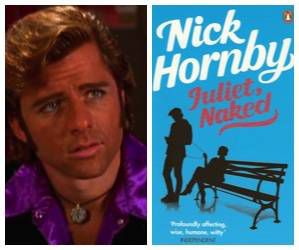 Rex Manning – the dickish has-been for which our day is named – was my biggest challenge. Should he read a book like How Music Works? What about a book about aging gracefully? Or Keith Richards’ memoir Life? I decided that the best fit for Rex was Juliet, Naked, a novel about another washed-up musician whose biggest hit was decades ago. 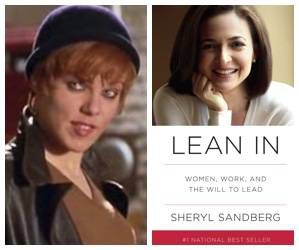 Jane is Rex Manning’s manager – briefly – and she deals with a lot of crap as the babysitter for a “washed up imposter.” She needs to Lean In and lean in hard. 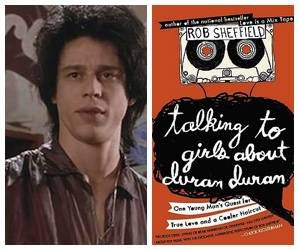 Berko, lead singer for the band Coyote Shivers, and Deb’s boyfriend, is both seriously cool with great hair and that perfect sensitive jerk that always fronts a band. Obviously, he’d appreciate Talking to Girls About Duran Duran: One Young Man’s Quest for True Love and a Cooler Haircut. 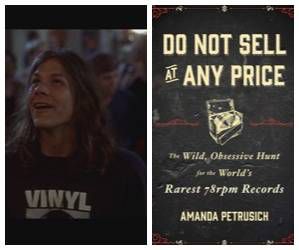 Last, but not least, Eddie is basically a vinyl freak who you just know is going to be that guy on Antiques Roadshow trying to insist that his records are worth way more, man. Feed the habit with Do Not Sell At Any Price: The Wild, Obsessive Hunt for the World’s Rarest 78rpm Records.

What would you recommend for the Empire gang?